The next article dealing with the New Tomorrowland of 1998 is going to be about Honey, I Shrunk the Audience. Again, this article will be a pictorial article, as Yesterland already has a wonderful article up dealing with the history of this attraction!

Of course, there’s not much to be shared about the film itself, seeing as it’s in 3D, & pictures are strictly forbidden on attractions like this one. But, let’s get to it: 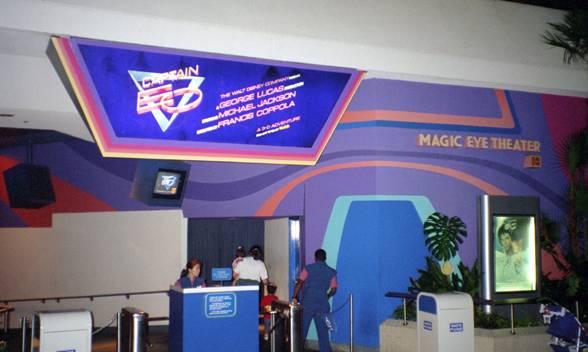 Captain EO was the original film in this spot. Previously it was an outdoor stage 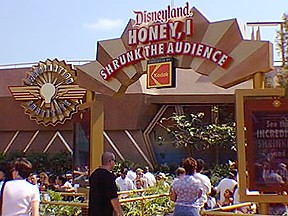 Honey, I Shrunk the Audience opened with the rest of the New Tomorrowland on May 22nd, 1998 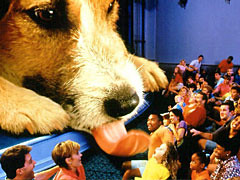 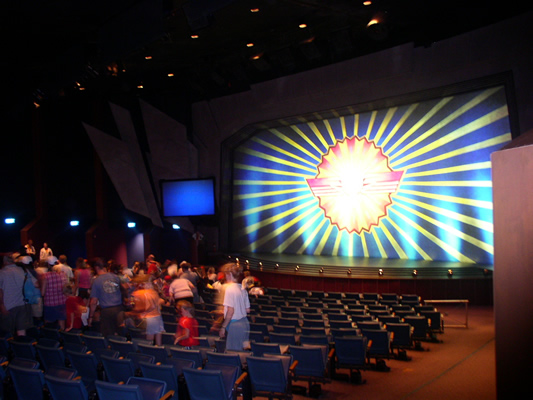 A look inside the theater 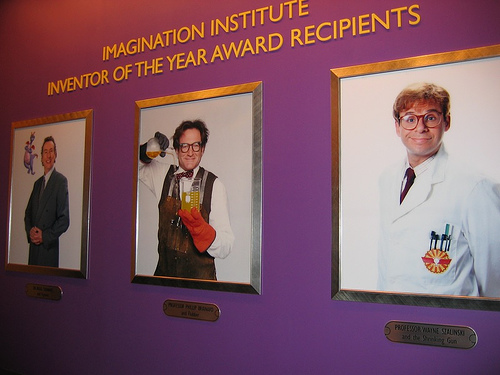 These 3 posters are featured in the outdoor waiting area (this picture is actually from Journey into Imagination with Figment in Epcot, but the the posters are the same at both attractions) 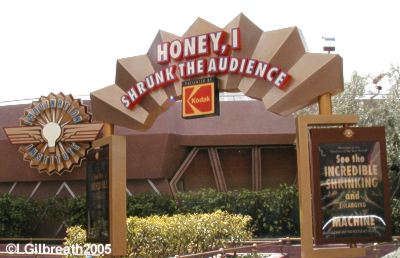 Soon, the Disneyland logo from the top of the attraction’s sign was removed 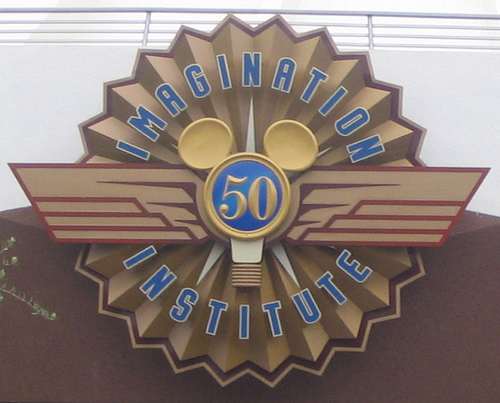 For the Happiest Homecoming on Earth, one of 50 “Hidden 50s” was placed on the sign 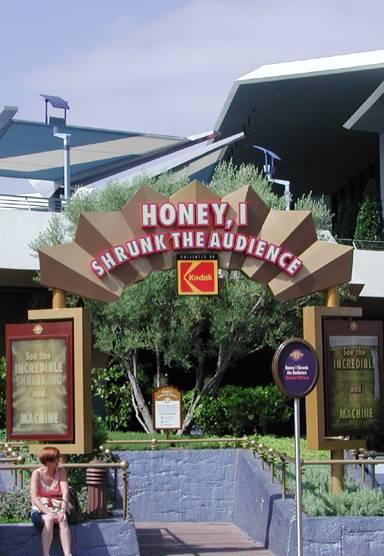 Tomorrow, a look at Innoventions!