Suicide at the Disneyland Hotel

At approximately 11:00 a.m. today, a man jumped to his death from the 14th floor at the Disneyland Hotel. According to Anaheim Police Department spokesman Sgt. Rick Martinez, APD is treating this as a suicide based on what police have found so far. 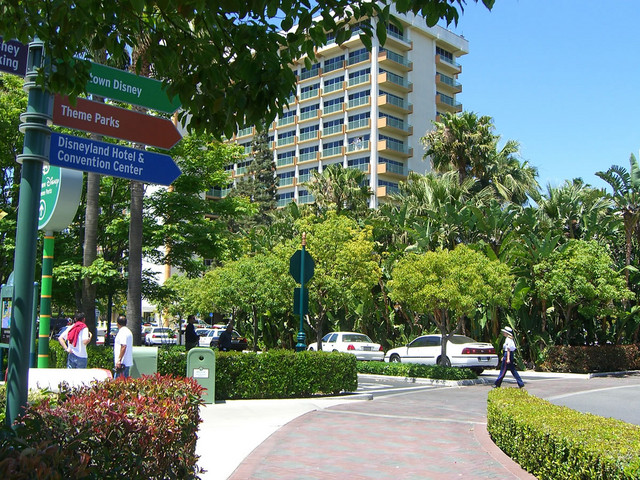 A couple of onlookers turn to view the activity at the Disneyland Hotel, as a police officer keeps the area clear. Numerous police cars are parked in the hotel’s driveway as the Anaheim Police Department investigates an apparent suicide of a man who jumped out of the 14th floor. Photo by Adrienne Vincent-Phoenix.

The man, approximately between 30 and 40, was in a south-facing room of the Wonder Tower (formerly Bonita) of the hotel, facing a parking lot. According to police, the man was in town for business. He was in the room with an adult male associate when, shortly after 11 a.m., he stepped out onto the balcony, made a statement, and jumped.

Emergency services are on scene at the hotel, and although the area is cordoned off, the scene has been visible from the balconies by hotel guests staying in the tower.