The final article dealing with the New Tomorrowland of 1998 is going to be an overview of all the changes made, not involving an entirely new attraction or exhibit. This one’s going to be quite big, so let’s get straight to it: 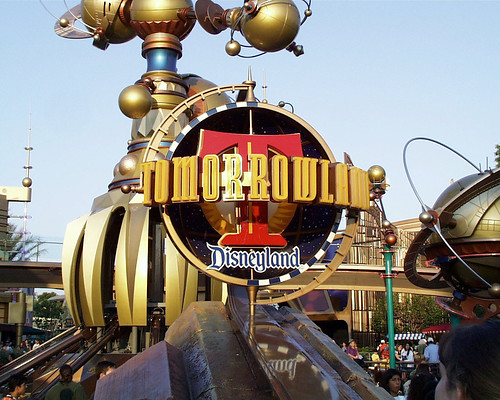 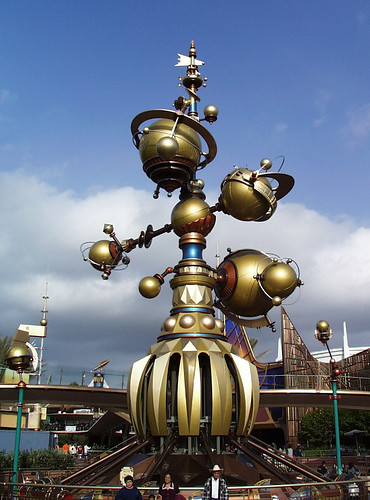 The out-of-place, yet beautiful Astro Orbitor 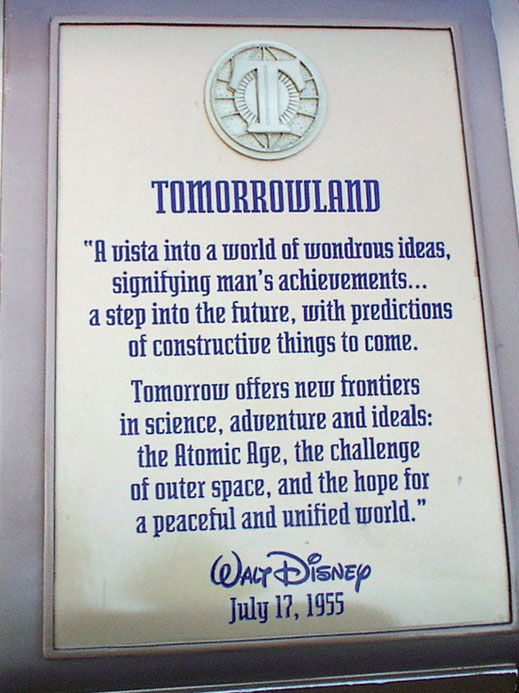 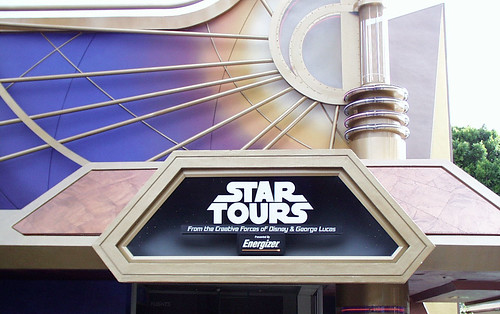 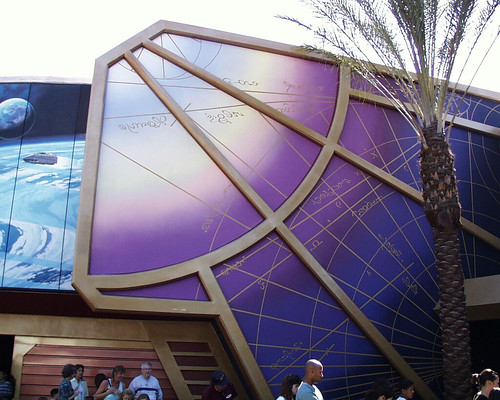 … And exterior. But that’s about it for Star Tours 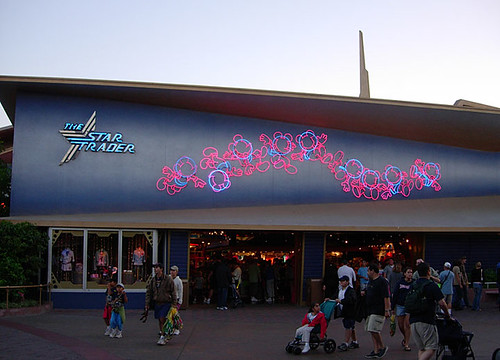 All the Star Trader got was a gold trim 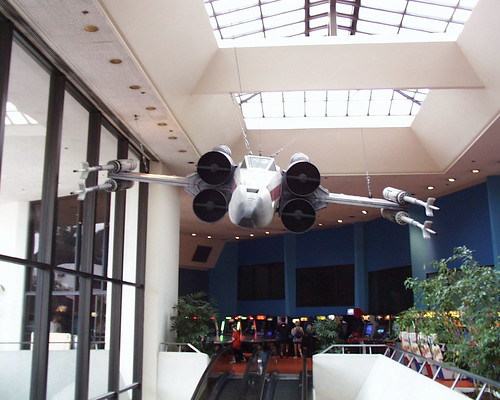 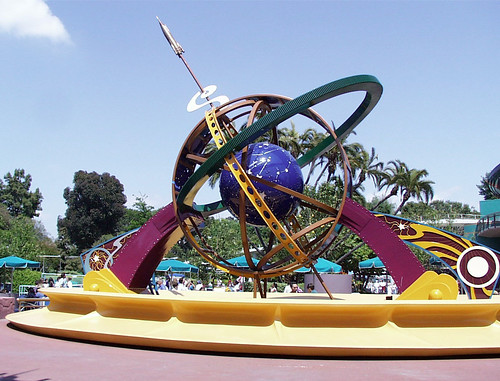 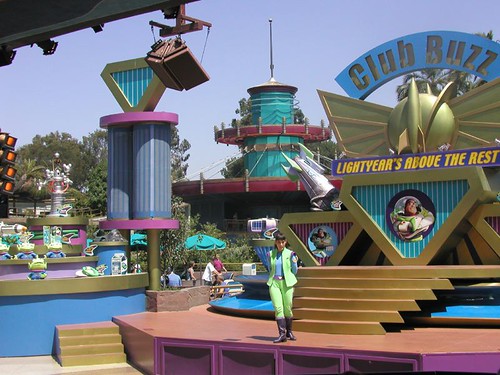 In 2000, it was changed to Club Buzz, & then returned to the original Tomorrowland Terrace design in 2006 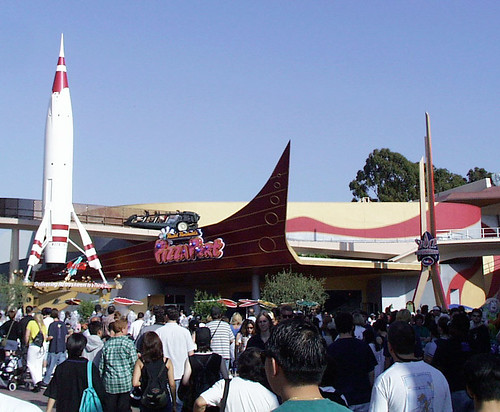 Redd Rockett’s Pizza Port replaced Mission to Mars (in the right-hand corner, you can see the 98 Space Mountain sign) 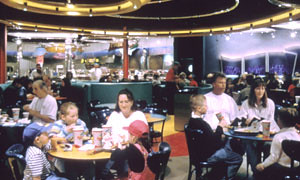 A look inside the restaurant 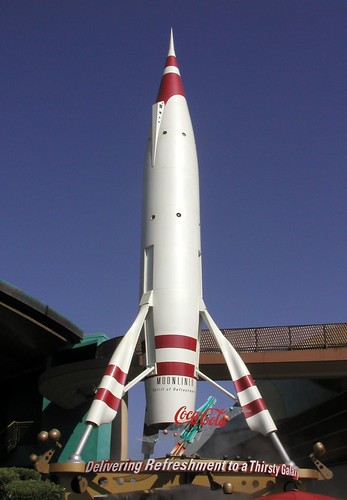 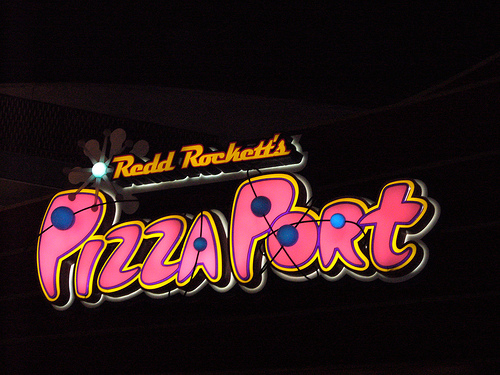 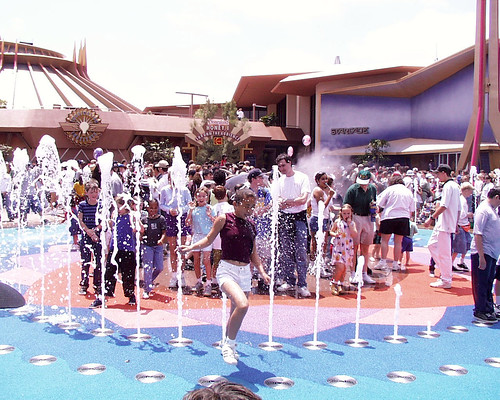 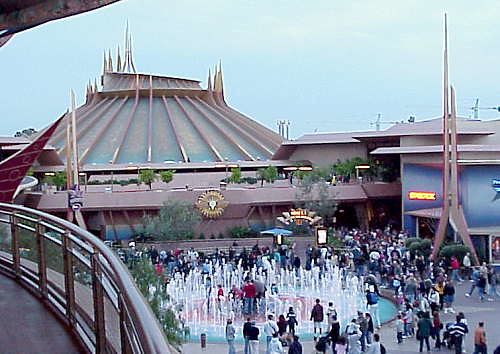 The spraying water was removed due to the seats in Honey, I Shrunk the Audience getting slightly damaged after wet visitors coming in 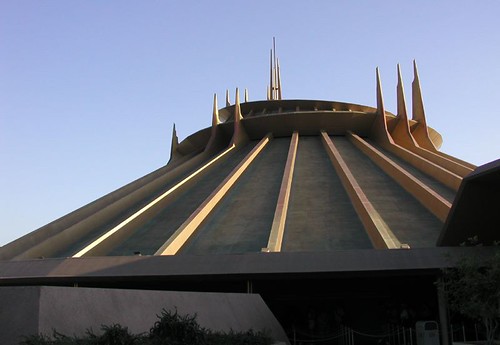 Space Mountain got a rather ugly new color scheme 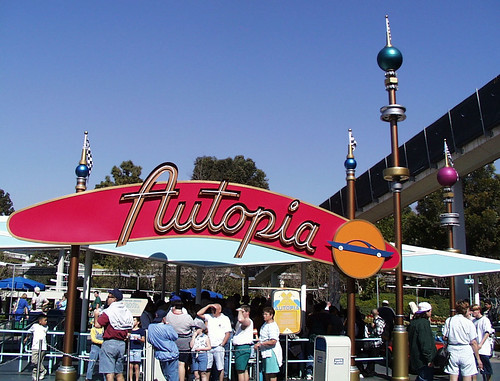 The Autopia got a temporary new sign, before it was completely re-done into the version we have today in 2000 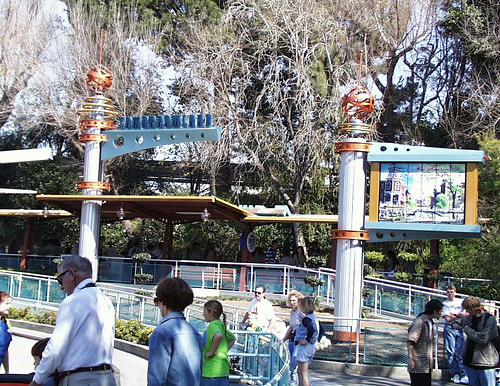 The Tomorrowland Train Station also got a new design

I truly hope you enjoyed the past week’s series on the New Tomorrowland of 1998. We’ll definitely be doing something like this again the next time a big anniversary comes around!