A very happy New Years Eve to all our readers out there! Today I had the chance to visit the Disney Soda Fountain & Studio Store at the El Capitan Theatre in Hollywood for the very first time, & I managed to get a few neat pictures: 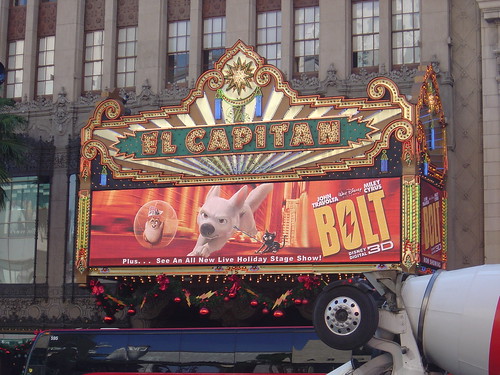 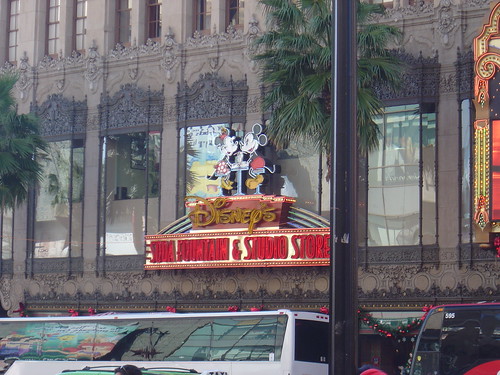 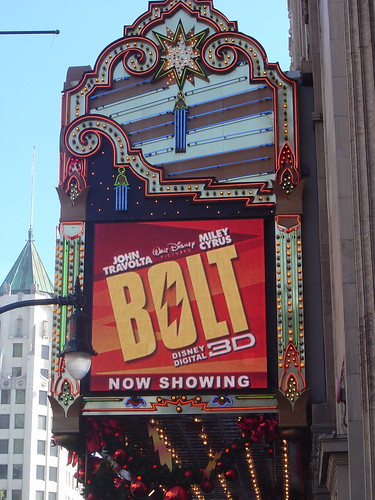 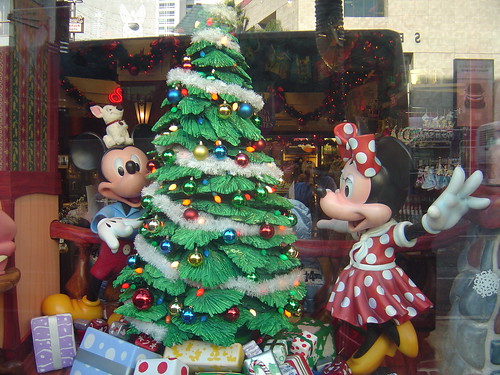 Quite a cool window display. 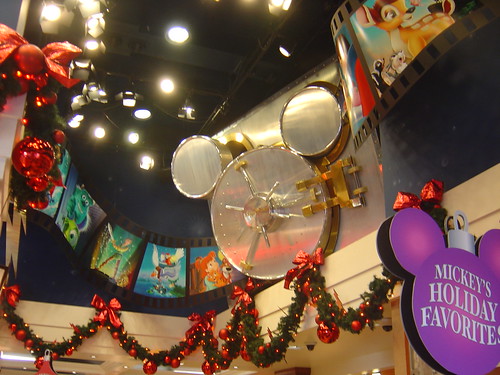 Decor in the store itself. 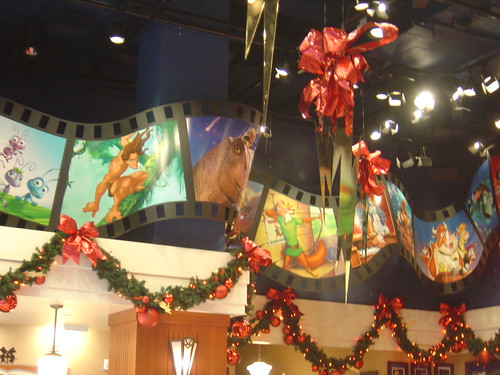 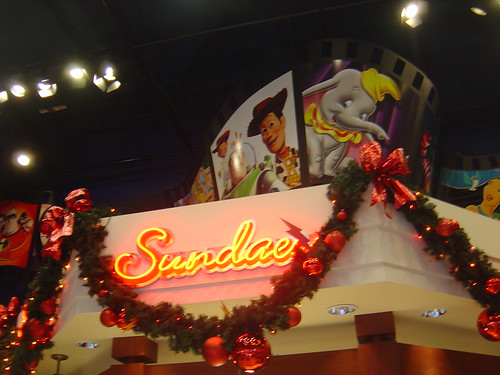 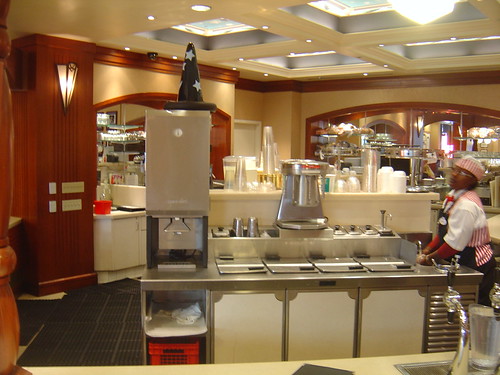 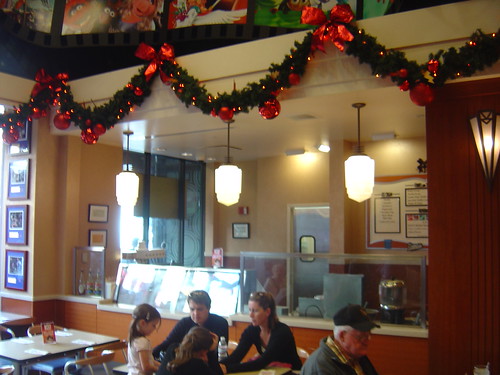 The place is a lot smaller than I thought it would be. 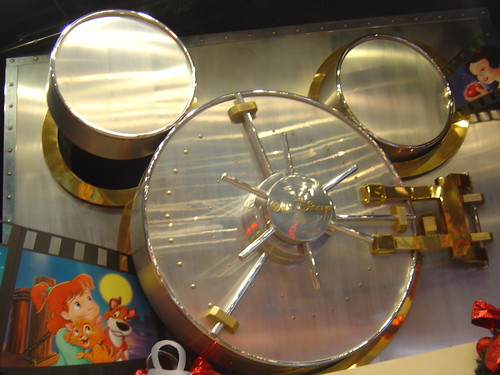 In fact, did you know the Soda Fountain & Studio Store has only been open for 3 years? 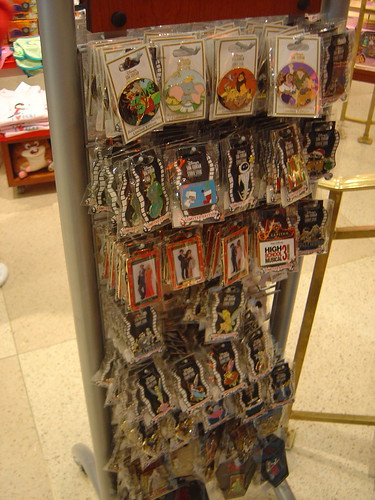 A look at the pin rack. 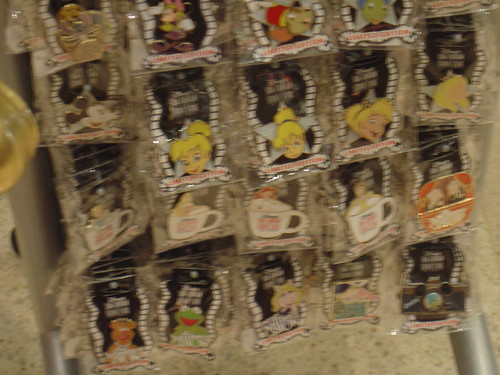 Most of the pins here are surprisingly more expensive than at Disneyland, which is why I only got 2. 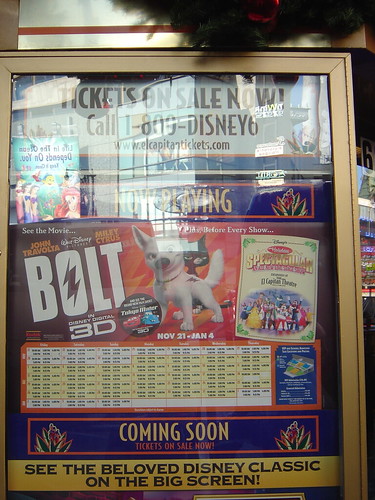 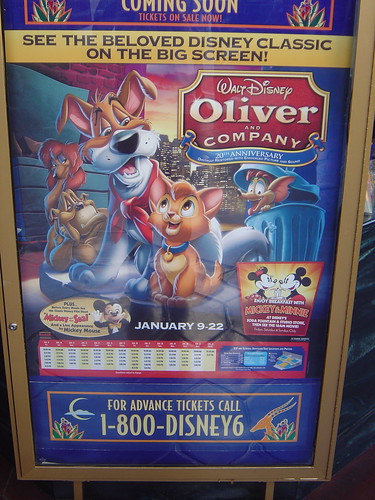 Coming in January to the theatre is Oliver & Company, in honor of that film’s 20th anniversary. 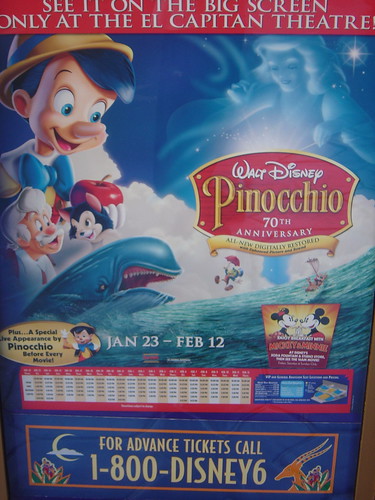 And straight after Oliver & Company, Pinocchio will start showing for its 70th anniversary. 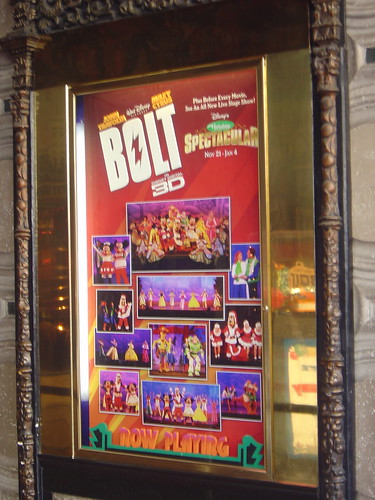 A showing of Bolt at the El Capitan includes the movie, the short Cars Toon “Tokyo Mater”, & the Disney Holiday Spectacular stage show. 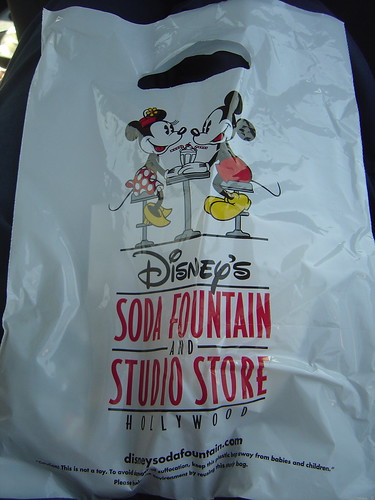 A bag full of goodies. 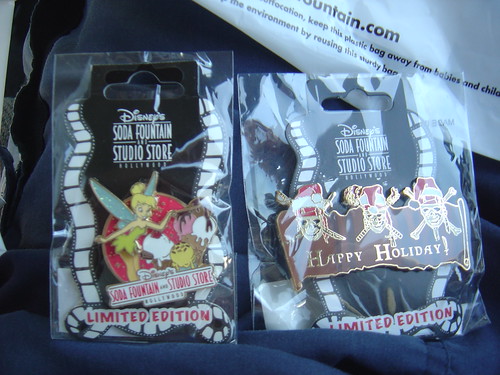 2 great pins. Most of the pins did have good designs. 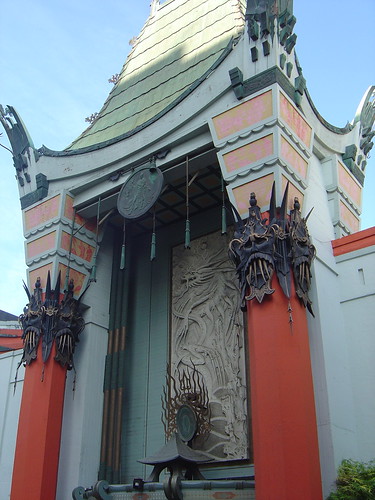 And while it’s not completely Disney related, we’ll end this photo report with a couple of shots of the legendary Chinese Theater, my first time seeing it in person! 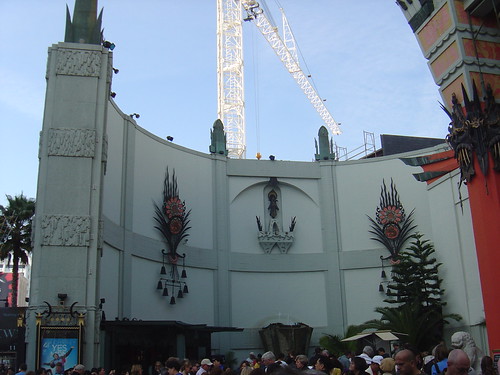 Unfortunately though, from the outside at least, it looks quite run down. The version at Disney’s Hollywood Studios in Florida is definitely more impressive, despite being smaller!

Stay tuned as I will be adding a new image gallery to our line up for the El Capitan Theatre, where all of these photos shall be uploaded to in bigger versions. Be sure to check the site on Friday, as we’ll have 2 photo reports from New Years Eve at Disneyland (from Myrna & Chuck), as well as a photo report from New Years Day from myself!

Previous
On the Spot at Paradise Pier
Next
Coming Attractions