I have been informed of some very interesting news & rumors of what could be happening (or is going to happen) at the Disneyland Resort in the very near future: 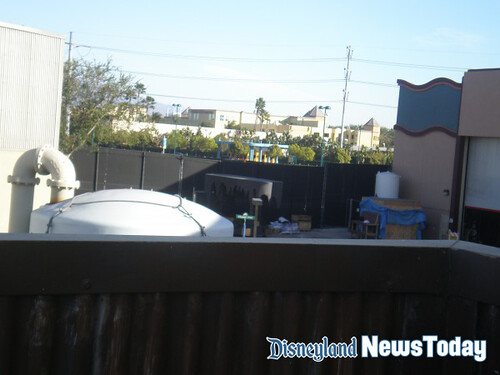 The black sort of curtain like structure is the Snow White Dwarf Mine. The Pinocchio Cigar Factory is in the blue draped crate next to the parade storage warehouse. The Pleasure Island float has reportedly already been pieced together.

Well that wraps up this interesting news & rumor report. Stay tuned to Disneyland News Today for the latest developments on these, & all other news & rumors.

PS) Posts may be a little sporadic over the week week, as I’ll be in England from tomorrow through the 29th. I will try to get some stuff to you guys though. Definitely don’t forget to tune into the Christmas Podcast Parade, being released Christmas Day on all WDWNT Podcast feeds!