The photo reports just keep coming in! Here is yet another report from our very own Chuck Canzoneri: 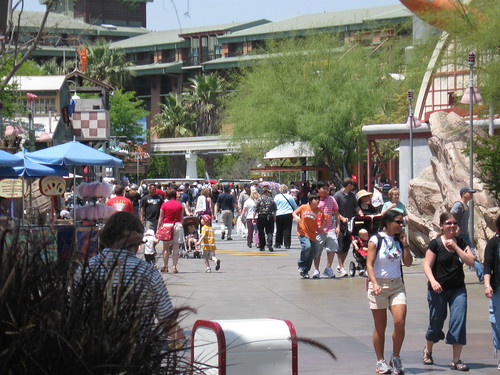 The parks were more crowded than you would expect today. This was taken at 1pm 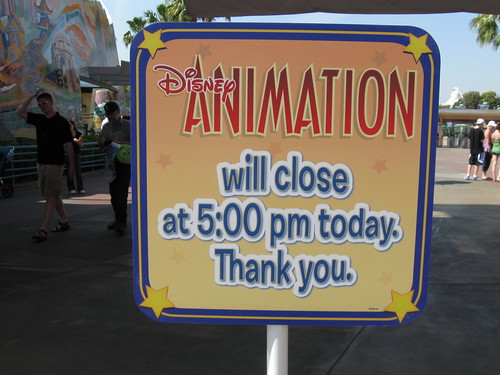 The park closed at 6pm, but the Animation Pavillion was closing earlier to prepare for a special wine event with John Lasseter and his wife at 6:30pm 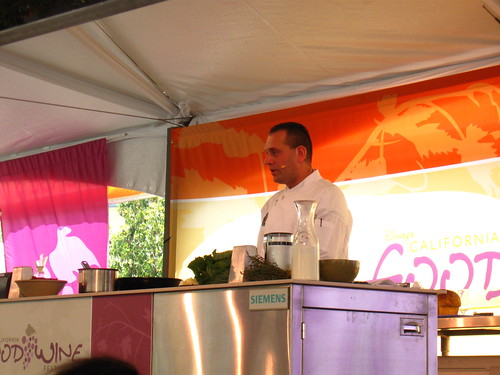 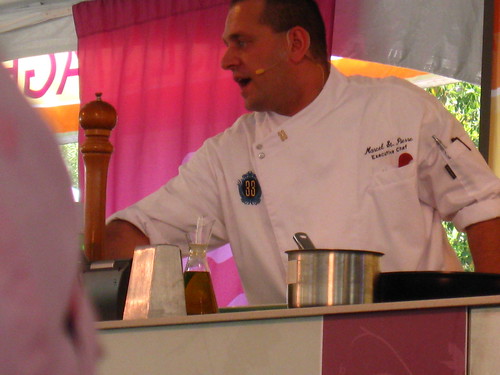 Chuck states: “Chef Marcel works at Club 33, and it was embroidered on his shirt. So does that mean I’ve now tried Club 33 food?” 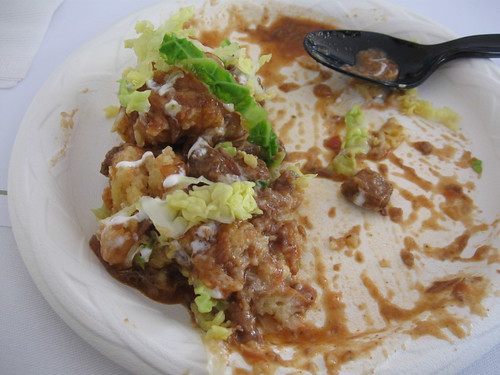 “The goulash looked messy, but it was terrific. The meat was incredibly tender, and the cabbage and touch of sour cream was a nice touch.” 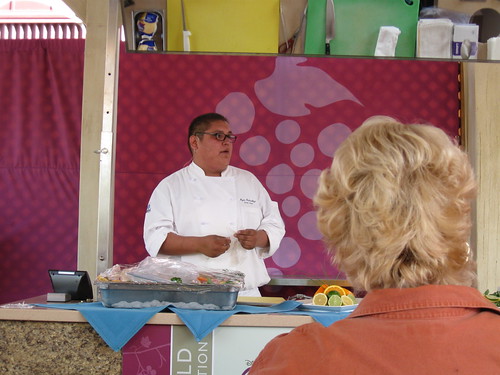 Chuck also attended a chicken demonstration at the Bountiful Valley Farm Stage. Chef Ryan (who works at Ariel’s Grotto) went over very simple ways to chop up and prepare chicken 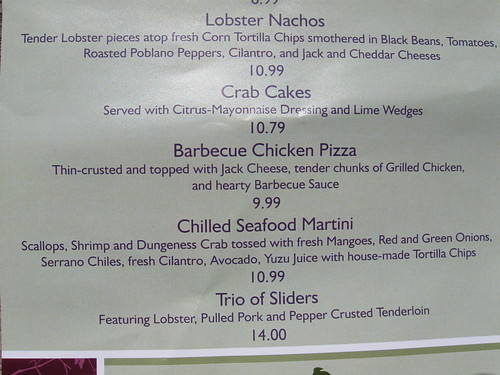 Over at the Cove Bar, they’ve added 2 Food & Wine items to their menu… a Chilled Seafood Martini and a Trio of Sliders (Lobster, Pulled Pork and Pepper Crusted Tenderloin) 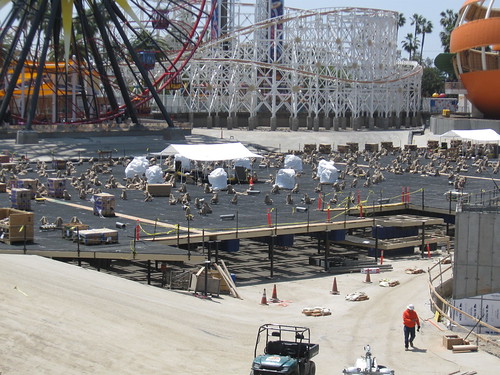 More work on the World of Color Stage. Many little things wrapped up in burlap 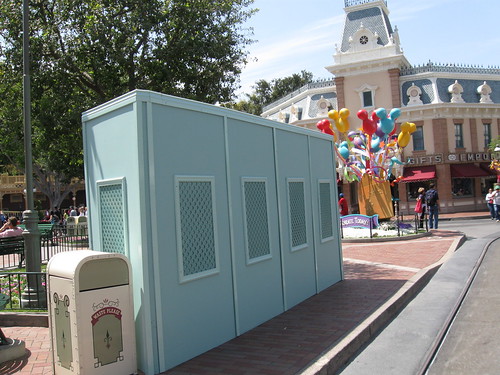 And finally, It’s a Small Wall on Disneyland’s Main Street!

Thanks for the short but sweet report Chuck!