It’s once again time for a photo report from our very own Chuck Canzoneri: 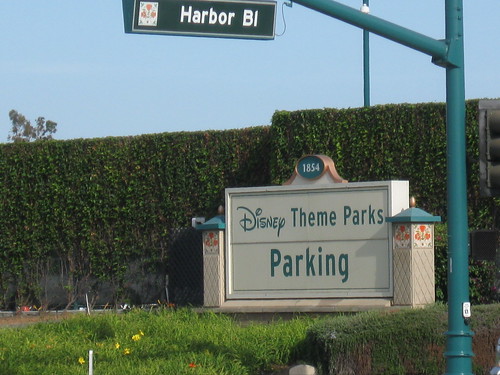 Disney now has a parking lot on the famous strawberry fields. I don’t think it’s open to the public yet though 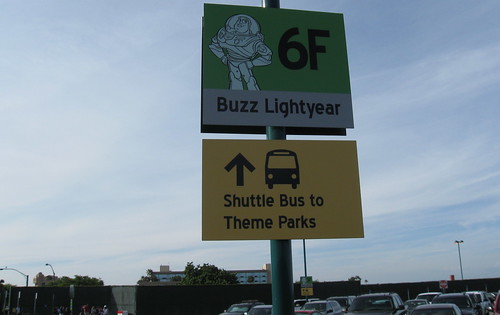 It must have been busy, as Chuck had to park in Buzz Lightyear! 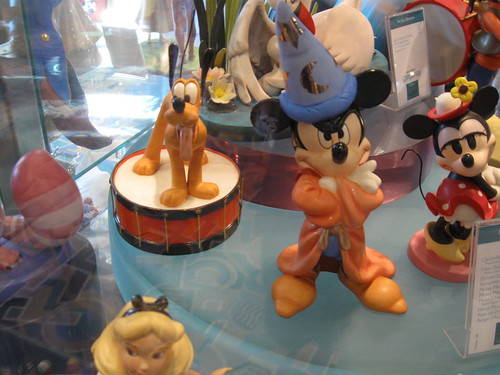 Lots of nice merchandise, including this Sorcerer Mickey with orange robes for some reason 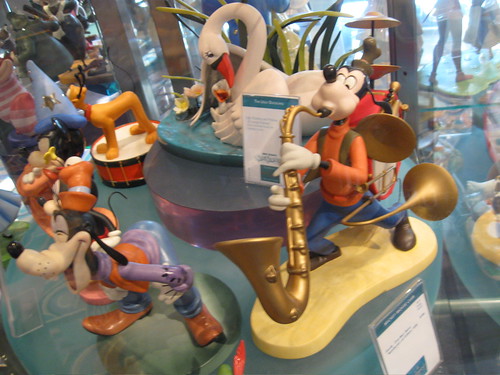 A very musical Goofy from the Mickey Mouse Club collection 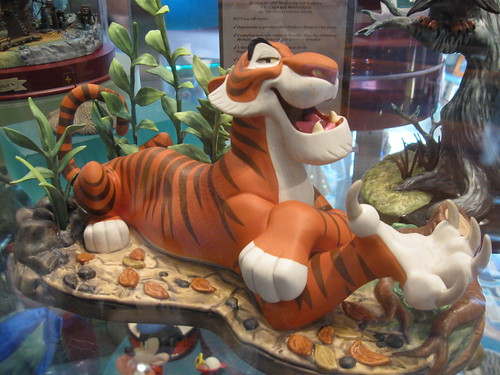 Shere Kahn from The Jungle Book 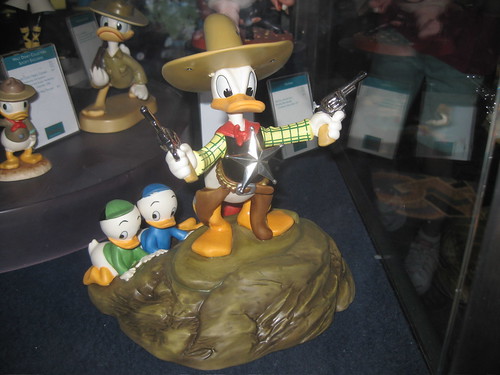 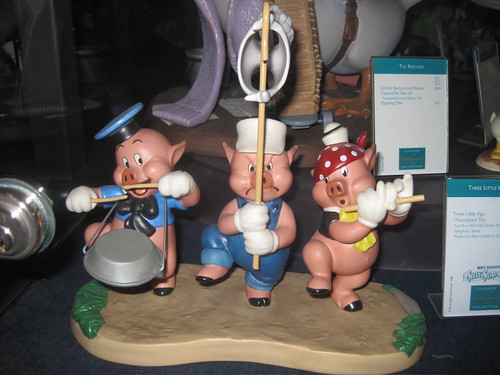 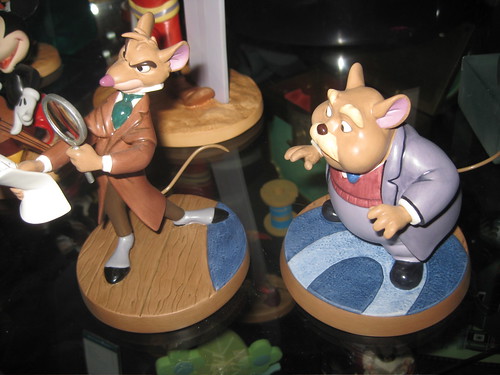 Basil and Watson from The Great Mouse Detective, one of my personal favorite movies 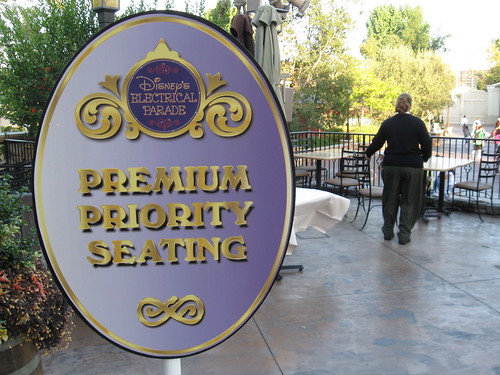 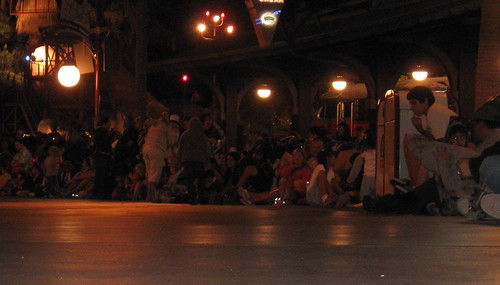 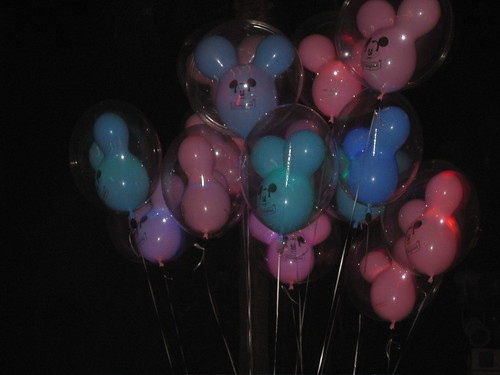 New light up balloons that retail for $12 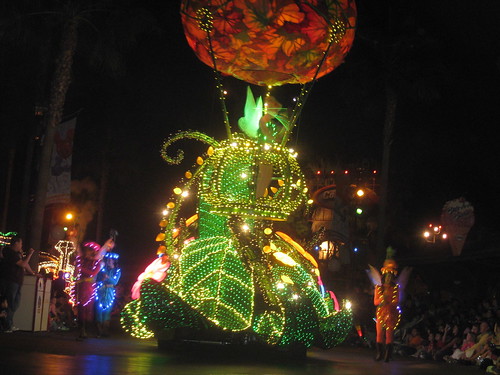 The lead Tinkerbell float was very big. Larger than any photo could possibly convey 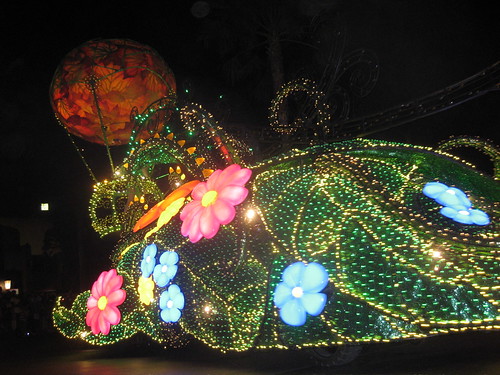 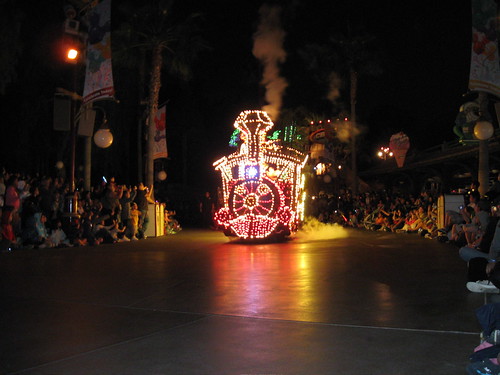 Nothing beats the sounds of “Baroque Hoedown” blasting through the speakers 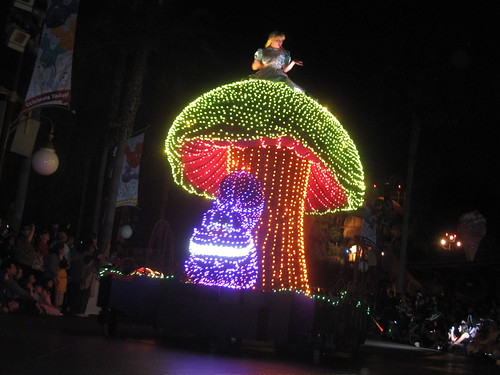 The Cheshire Cat did a real neat disappearing trick

Here’s a short video of that effect 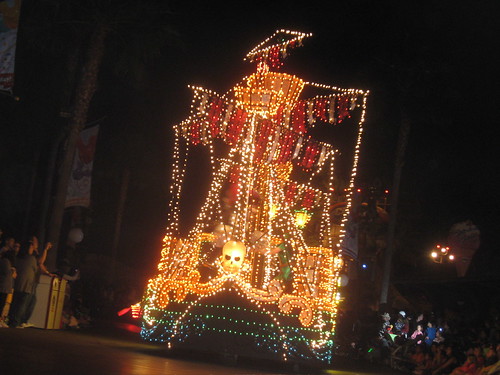 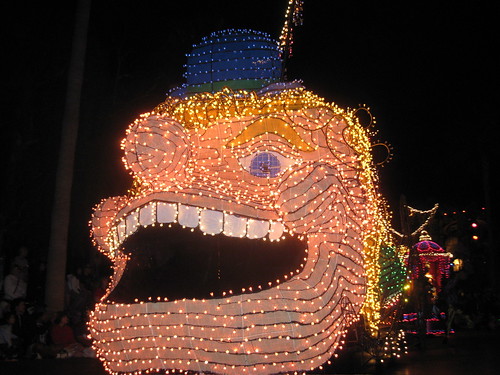 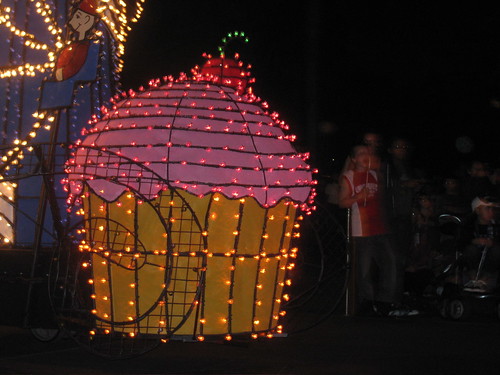 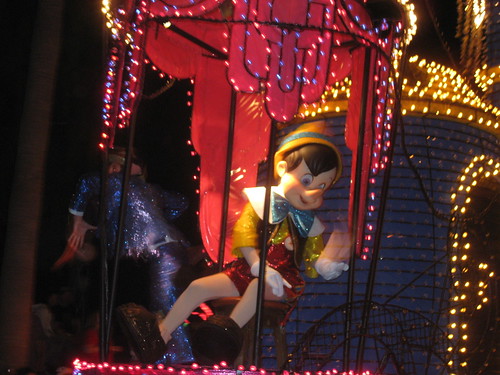 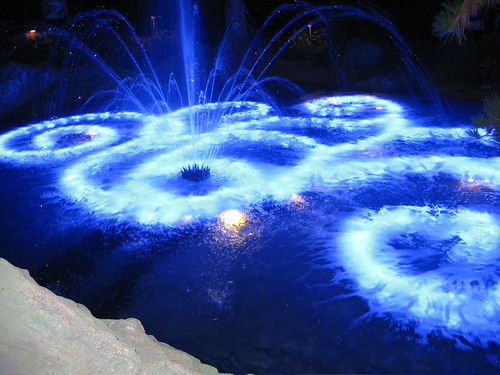 Pixie Hollow Enchantment was one of the nicest upgrades for Summer Nightastic, well worth waiting around for 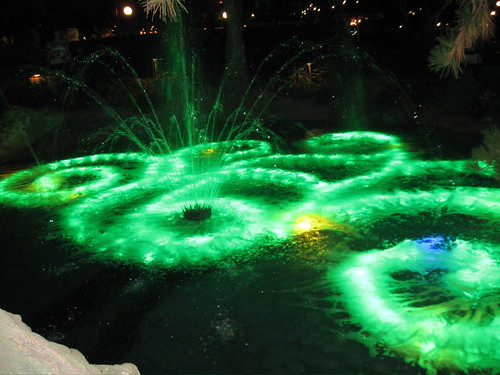 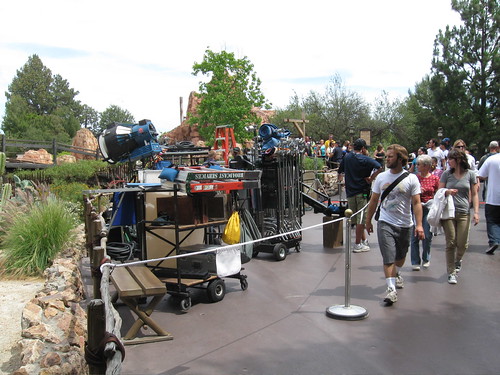 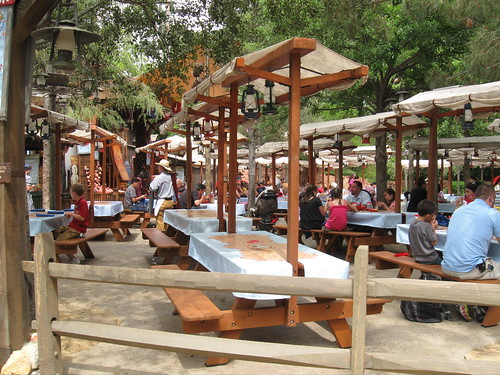 Celebration Roundup and Barbecue was the most crowded Chuck had ever seen it. Over 20 tables in use 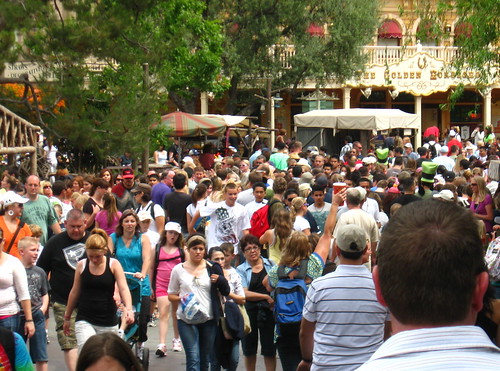 But it was still quiet compared to most of the park. In fact, there were record crowds on Monday as all Annual Passholders could finally catch the new Summer entertainment 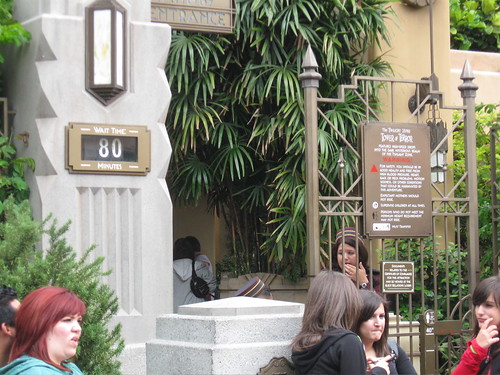 This is Tower of Terror at 4pm. Large crowds and long waits were everywhere 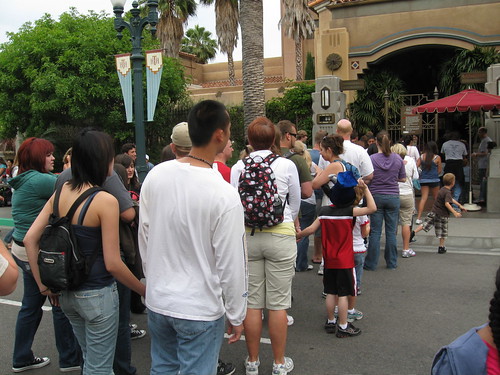 This queue was for people returning with a Fastpass 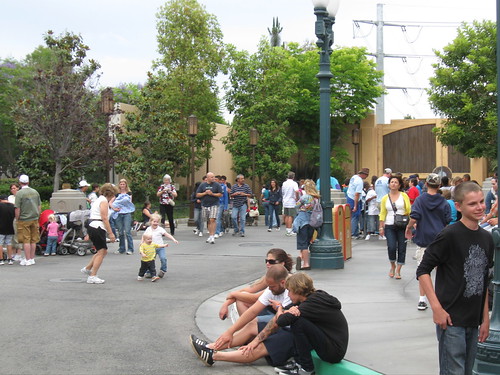 These people were waiting for the rest of their party. Large crowds were everywhere you looked 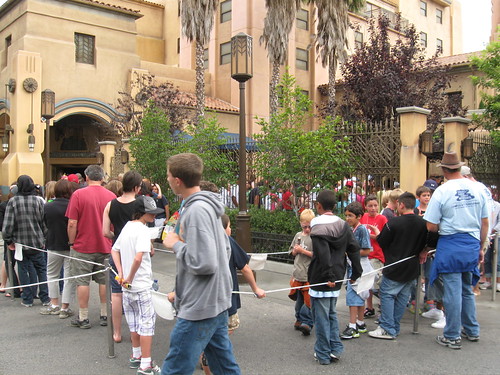 Extended queue was up at Tower of Terror. Chuck decided to head out and take in the fireworks another day

Thanks for the report Chuck!

Previous
Downtown Diana
Next
The Supersonic Celebration Is Over???