Well the big reveal was made this morning (at a little past midnight) so here’s our take of it all starting with the Animated 1 series in this post. 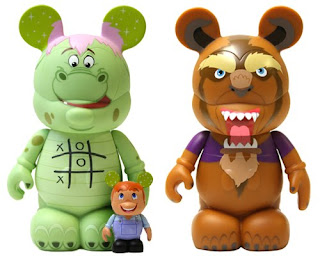 Two of the 9″s that are being released with the Animated 1 series on January 7th! The first is a 9″ + 3″ inch set of Elliot and Pete. Very cool. The second is Beast from Beauty and the Beast. Both look really well designed and they both make sense as larger figures as we talked about in past shows.

Later in the year four more 9″ from Animated 1 will come out. One will be the Hippo from Fantasia. Check out the tutu! (The first non-vinyl accessory!) 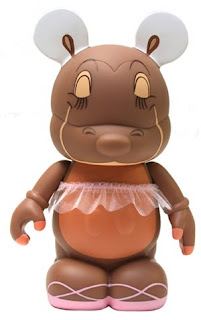 An then the big change in plans, and the news that will make everyone crazy! We heard a rumor that the chaser for Animated 1 would come in four variations. Well it turns out that might be closer to the truth then we first believed because we found out they are adding special Variant versions of characters randomily to boxes. Check out the non-pleasure island Pinocchio on the left and the regular version on the right (I assume the variant has no tail) 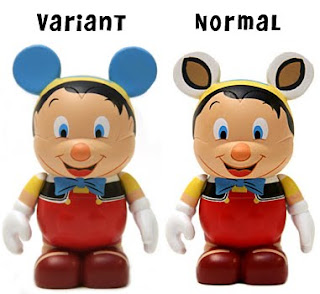 Variants almost ruined comics in the 90’s, so we shall see what they do to Vinylmation. What are your thoughts? Are you looking forward to figures to chase after to complete a set? Or are you annoyed by how large and difficult the “ultimate collection” is becoming?