Think you knew about all the Vinylmation out there? Keep Dreaming…

Disney says the best kept secret is their vacation club, I’m beginning to think it’s Vinylmation. We knew about the 9″ Disney Dream figure, the Captain Donald 3 figure set (first pics of the Jr are later in this post!) and the Donald Aqua Duck. But it looks like cruisers on the Disney Dream’s Maiden Voyage were also treated to this: 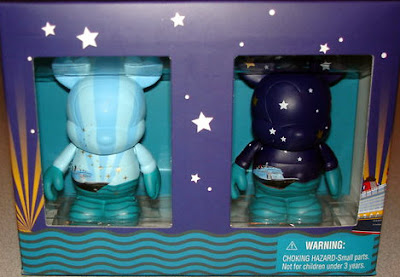 We do not have a picture of the actual Vinylmation at this time. But you can see it has an anchor on it. 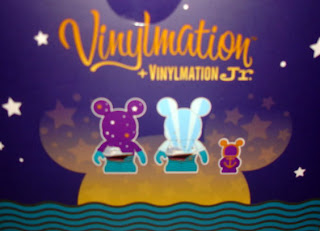 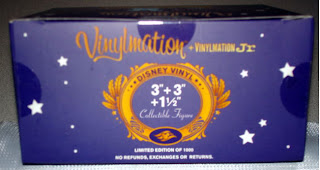 Disney Dream Day and Night set box bottom
This set is only available aboard the Disney Dream Cruise Ship at an edition size of 1000 and retails for $24.95. I want to thank eBay seller cwd7761741b for these pictures.
As promised, here are the first pictures of the Jr figure that come with the Captain Donald 3″ + Jr combo set designed by Lisa Badeen. This set is also limited to 1000 and retails for $24.95. 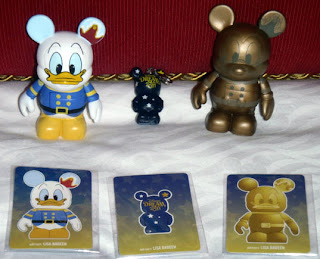 The Jr says Disney Dream 2011 against a night sky.

Here is a close up. 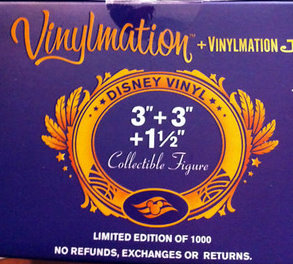 Box Bottom
A thank you to eBay sellers addicted2e and joe4jen for these pictures.
And how about a first look at the packaging for the 9″ Disney Dream figure? This one is designed by Dan Howard, limited to 750 and retails for $44.95. 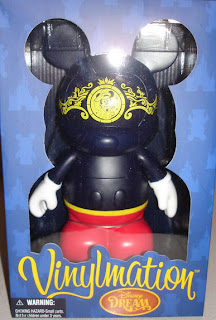 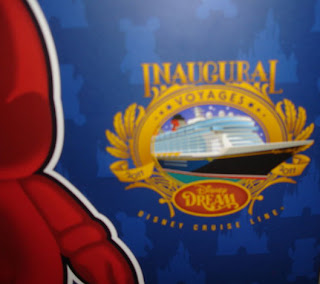 The boxes have a nice Inaugural Voyage logo
Thanks to ebay seller cwd7761741b for these as well.
And of course, the Donald Aqua Duck figure. No confirmation on it’s release yet… but here is Disney’s concept art: 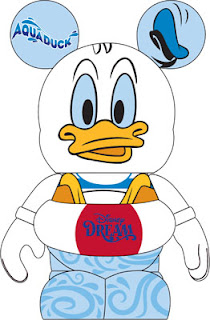 Check back often as we hope to receive some higher quality pictures of these cruise exclusives.