Update: 3/28/11 Added pictures of the Chaser and all 4 variants; Donald (2) and WDW Road Sign (2). Learned of a WDW Road Sign variant with “Animal Kingdom” instead of “Magic Kingdom”. Learned the price should be $12.95. Found out Park 6 was already released, and possibly pulled back off the shelves at Disneyland Paris. Added link to the 9″ Park 6 figures. Big thanks to everyone who tweeted, commented, and emailed us about the news. Every once in a while our “real” jobs get in the way of 24/7 monitoring. But thanks to all our fans we always have someone close to the news! Thank you. Merci.

1/8/10 From the Disney Pin Site we get a sneak peak at the up coming Park 6 vinylmation series. Note: These pins should tell us some of the figures in the series, but they are usually a mixture of 3″ and 9″. 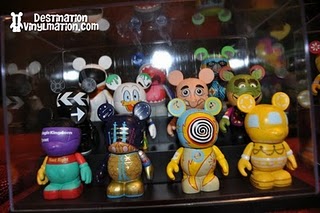 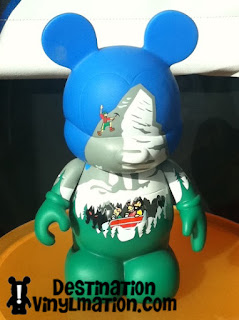