Update: 5/17/11 Disney has released pictures and information about the Cast Chasers for this series. They are “distributing” these figures to the Walt Disney World stores as we speak… meaning they are not there yet. They are exclusive to WDW. Disney will let us know when they are available. They also announced they are working on Disneyland exclusive figures. 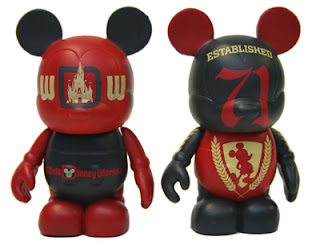 Update: 1/27/11 Disney announced that this series will only come out on the 28th in Florida, California will have to wait til February 4th to purchase these.

The figures will be available on January 28th at both D-Streets, California and Florida. February 4th in California. There are 6 figures in this open window set.

The set will also contain 2 variants of two of the figures from the set. They have the same design, just different colors. The variants will only be available by trading with a Disney Cast member inside the Walt Disney World theme parks.

disney is really losing me with all this “variant” stuff.:(