Update: 6/4/11 Updated the Alien with the two forms, clear and solid. 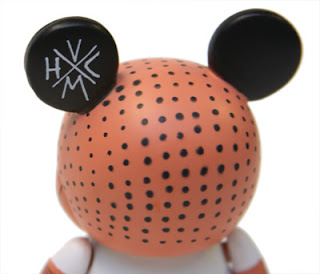 VMHC? “VinylMation Hard Core” suggests one of our readers Chris.


Update: 5/21/11 9 figures from the upcoming Urban 7 set were on Display at the WDW Trade Show last night. We have the pics below.


Update: 5/13/11 Thanks to Hannah we have artist names for this series!

5/12/11 The Urban 7 Vinylmation pin set has been released, so we have a sneak peak to 9 of the 12 figures that will be in the Vinylmation figure set. Thank you to @igotlost for sending us the picture of the packaging.

Here is the rest of Urban 7. A couple Ear Hats where already released. And we have seen some Urban 7 Jumbo Pins pointing toward future 9″ figures