This post may contain affiliate links; please read the disclosure for more information.
0shares
“You are all weirdos!” 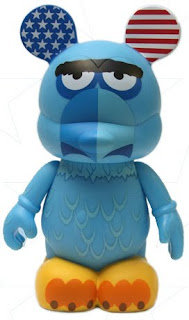 It’s our highest honor to present, from The Muppet Show, Sam the Eagle, swooping into D-Street stores tomorrow. 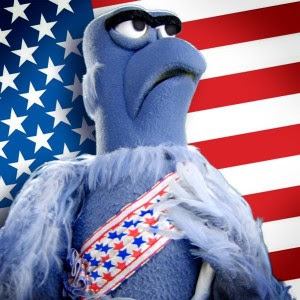 From the pictures he looks really good. I love the little touches, like the talons on the feet and the single huge eye brow. The painting of the beak on the nose looks great from the front. It even seems hooked in front, which is an awesome optical job. Also don’t forget the most important part, Sam’s home country’s flag painted in the eagle’s ears. Sam is an American patriot and he wants everyone to know! 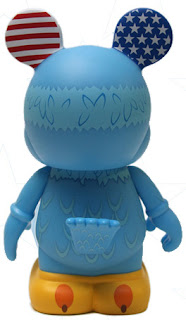 On the back the attention to detail continues. The talons show on claw in the back. The feathers around the head clearly point out that Sam is a BALD eagle. And check out that 3D tail. Very cool. I can’t wait to see Sam up close because I think he’s going to be fabulous.

Sam first appeared as part of the cast of the original Muppet Show pilot in 1975. He also appeared on a number of the Muppet Meetings Films. His role on the Muppet Show was that of show censor, worrying about phrases and acts that he found might be vulgar. Later he started giving speeches of the American way and other politically motivated topics. He often found out that he himself was in violation of the very thing he was fighting against (see the Naked speech).

Sam went on after the Muppet Show to get cameo parts in many of the Muppet films, as well as being the only Muppet character to be seen on the Jim Henson Animal Show.

Jim Henson designed Sam and he was built by Don Sahlin. He was mainly performed by Frank Oz.

Pictures copyright Disney and The Muppets.
All historical info came from muppet.wikia.com