Pirates of the Caribbean Vinylmation Explained

Update: 6/13/11 Disney announced today that the Pirates set will be released on June 18th…. in Hong Kong Disneyland!

Update: 6/11/11 Pirates will be released in Orlando’s D-Street on July 1. D-Street will open at 10:30am with a “special release party”. Then, from 1 – 3, POTC series artist Casey Jones will be on hand signing figures for guests. At Disneyland, Pirates will be released on July 3. We also have turn-arounds for all 12 figures, yes, including the mystery chaser. The chaser is a bit of a surprise. Not what we, or many other people expected. And in my opinion doesn’t have that Wow! factor. If you want to see, click below for the chaser. 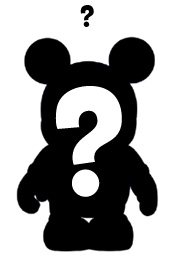 Update: 6/4/11 Updated post with some in person pictures of a couple Pirates figures.


Update: 4/26/11 Disney updated the Vault page with pictures of 10 of the 12 figures. They didn’t show us sketches of the chaser or Jack Sparrow (who we already know about).

Update: 4/20/11 Jack Sparrow will be included in the upcoming Pirates of the Caribbean set! A “beginning of July” release window was also announced.

Pirates of the Caribbean will be released as a 12 figure blind box set with 11 regular figures and one mystery chaser. Casey Jones designed this set based on the Pirates attraction at the Disney theme parks. This set is slated to be released at the beginning of July.

Next
Happy Birthday World of Color!!