If you happen to be in San Diego this week for Comic Con, check out some of the cool Disney Pop Vinyl exclusives that will be sold there. Warning: If you aren’t at the Sand Diego Comic Con DO NOT LOOK AT THESE. YOU WILL WANT THEM! 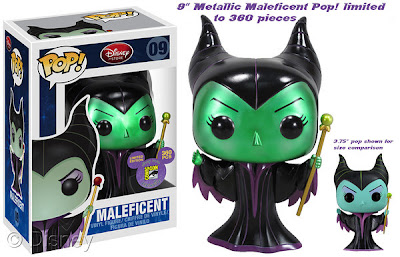 The 9″ Metallic Maleficent will be sold for $50. There is a LE of 360. Needless to say, this looks awesome! The metallic finish really gives the piece a great look. And at 9″, Maleficent will cast fear into the heart of anyone who goes into your room. 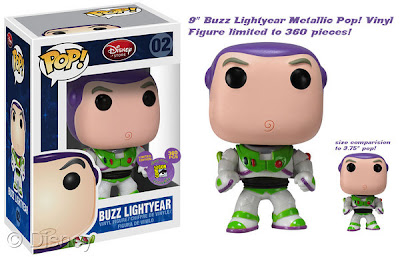 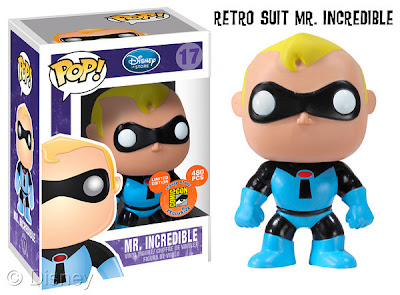 This 3″ Mr. Incredible is dressed in the suit he wore in his younger days. Of all the pieces that are comic con exclusives, this is the one I’d want. It’s super cool, and only $15 with a LE of 480. 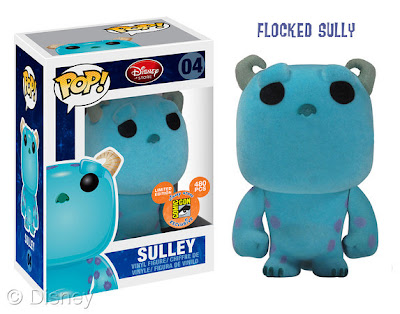 I’m not sure what “flocked” means, but this Sulley for $15 and with a LE of 480 seems pretty soft from looking at it. I think it means it will be furry. Not like hairy, but just like short peach fuzz across his body. Weird…. 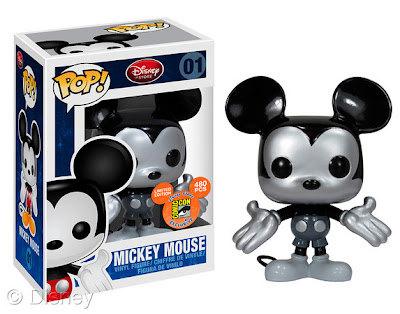 Now this is the Metallic I was thinking of when I read about the 9″ exclusives. Sort of like the Metal powerup in Super Smash Brothers. Mickey is all metallic colored and only $15. There also only 480 of him, so get him while you can!

If the convention is too much for you, head over to the Fashion Valley Mall Disney Store location, where they can meet their favorite Disney Store Vinylmation artists on July 22 and 23 from 6:30 p.m. to 8:00 p.m.

Note to self: Read the article opening BEFORE looking at the photos next time…

We warned ya! :)
Do you know how hard it is to report on things like this?

Flocked is when they make the figure sort of lightly fuzzy – it’s like really short velvet put on it – Disney has done it with lots of pins before – it’s good. An I just have to say I am LOVING the metallic Mickey – cool cool cool!!