Fairies Flying Back to the Magic Kingdom July 28th

Rumors have been persistent that a new tree backdrop was being built in the Adventureland Veranda at the Magic Kingdom since the Princesses moved out, looks like those rumors are true. From Jennifer Fickley-Baker on the Disney Parks Blog:

I have an update today for all of you Disney Fairies fans. 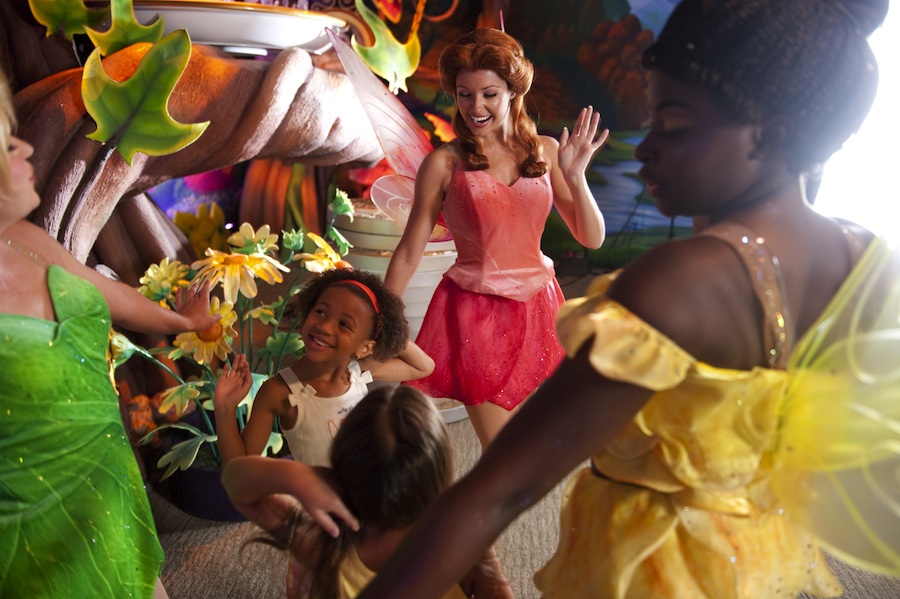 Tinker Bell and the rest of the Disney Fairies will return to Magic Kingdom Park for meet-and-greets beginning July 28. The Pixie Hollow gang will be stationed at the Adventureland Veranda in the Adventureland area of the park.

Until that time, the fairies will continue greeting families at Epcot.

Tip: For the most updated information on meet-and-greet locations for any Disney character, pick up a Times Guide at any Disney theme park.