Today was release day for Pirates of the Caribbean Vinylmation in Orlando and California. At D-Street in Florida, it was also a special release party with artist Casey Jones. 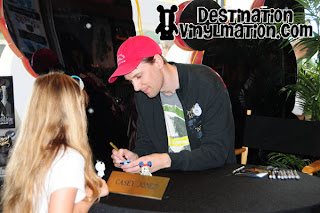 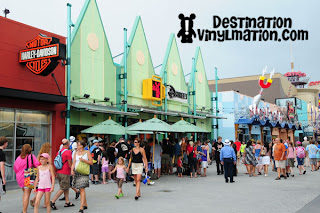 The weather was bad, but the line still long to see Casey Jones. This picture was taken just before 1pm. The line curled around posts and Disney had umbrellas up to keep out the rain. 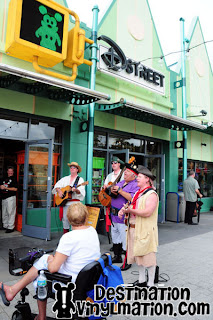 Disney had a Pirate Band entertain the audience 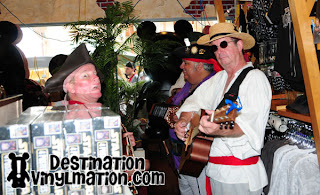 When the weather turned nasty, we crowded inside D-Street 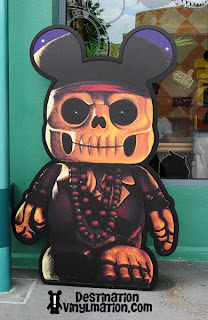 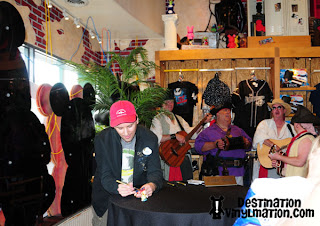 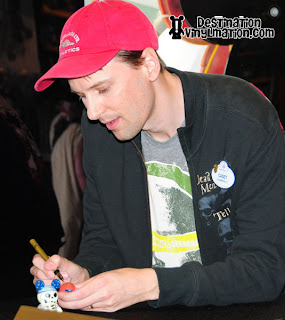 Jack looks on as Casey signs another 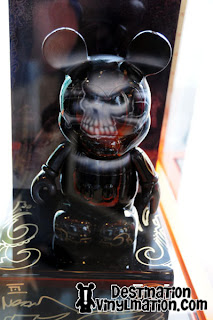 Noah’s Pirate. Wristbands were handed out earlier in the day for the Limited Editions. 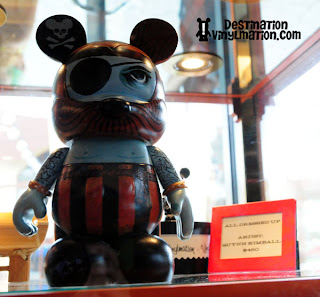 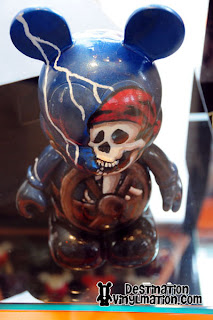 Disney said the one-of-a-kinds sold well. Only a few left standing at the 1pm signing.

Did you brave the weather to meet Casey or grab an LE Pirate? Let us hear your experience from today.

Sounds like a good time, Im curious too which customs sold and which did not. Let us know.