Update: 9/8/11 We didn’t think we would get any more teases, but just days away from the reveal of project Z, Disney released this picture: 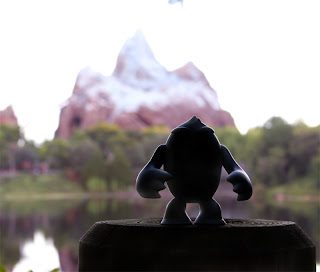 It’s the Expedition Everest Yeti. Is this a clue that Disco Yeti will be fixed? Or a look to a whole now mold that different designs will be printed on? Maybe a set of 12 Yetis all painted up and a set of 12 tiki birds painted differently and so on? Or a line of Funko Pop! Vinyl-like figures? We will see on Sunday 9/11.

Well, it’s almost time for Florida Project, and while visions of Pooh Figures and trading events dance through everyone’s heads, it’s also the time we will hear what all this PROJECT Z business is all about.

Until then though, we’re all free to speculate wildly, and since that is one of my favorite pastimes, I am here to make my FINAL Project Z Vinylmation guess… which is probably going to be WILDLY offbase, and then we can all laugh at my poor guessing skills later.

First, let’s go over the stuff we DO know:

Aaaaaand, that’s about all we know for certain.

For the past few months, in case you haven’t been keeping up, we’ve been given clues from the Vinylmation team (lead by head designer Thomas Scott who is also one of the best Words For Friends players I’ve ever seen). They all started with Urban 7’s Red Telephone, the phone number of which started giving us numbers to decipher, and since then the clues have been given their OWN page on Vinylmation.com These clues have been sporadic, but one of the BIGGEST clues is the “Think outside the Mould” picture seen here:

See those seemingly random series of numbers on the right? Those are the same ones given out on the Urban 7 Telephone phone number, (doubling as a Vinylmation Info line) along with more cryptic clues! Well those are actually coordinates, and while the details of each one are interesting – the important thing to note is they ALL are rides inside various Disney parks. Some are from WDW, and others Disneyland, but there are also some strange choices… Tokyo and Hong Kong parks are represented, but with classic rides that are seen at (most) Disney Parks.

Also given out on the official page are random pictures of these rides, like this one:

Which shows a picture of Haunted Mansion, but if you look closely there are some changes; each picture has letters (some have one or a few, others have up to 4) and those letters all seem to be some combination of P – A – R – K.

So, what does it all mean? Well, we won’t know for SURE until Sunday (and maybe not even then) but until then I am going to say that this is my guess:

Whew. So that’s it. There is some speculation that this could be the aforementioned “Duffy set” that we’ve heard about, but since we know those are based on clothings from around the world, I don’t think that’s it… it’s going to be more park oriented than this.

Until Next week though, this is all speculation… so what’s YOUR guess? Leave it in the comments!

Lets assume this is Park 7 and take a look at what we have. I also have word that Park 7’s under riding theme is “milestones.” So taking that information, and your comments on the coordinates, it seems as though Park 7 jumps around the world taking its cues from each major theme park, a water park and a historic spot in Disney History. Here is what we can see:

28.418723, -81.583849
Country Bears. Magic Kingdom. One of the last attractions Walt Disney worked on. Also hold significance as a WDW opening day attraction that Disneyland did not have.

22.313776, 114.038853
Golden Mickeys. Hong  Kong Disneyland. Previous to being in HK, it was a Disney Cruise Line Show. If this is it, is the artist just picking an attraction you don’t see in other parks to represent HK?

48.870227, 2.777049
Phantom Manor. Disneyland Paris.This ride does have a different feel than its US counterparts, so a figure for this attraction can be unique.

Those are 7 figures. We already have these 3 confirmed for Park 7: Earful Tower, EPCOT 2000 and Kali River Rapids. And of course our Park 7 Explained page was early, and we noted that only 3 were confirmed, but it appears from that food picture the other day, Kitchen Kaberet may have it’s own set. Thoughts? 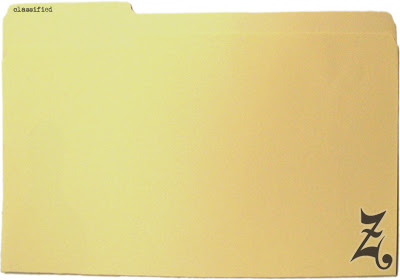 Disney posted this folder with a Z on it.

Turn it, and part of the Z makes a P

The other part of the Z makes a 7. Hmmmmm. Also, they re-posted all the coordinates. 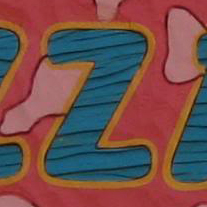 Is that Pizzafarri at Animal Kingdom? I’ll have to look up some pictures. Yep, Pizzafarri: 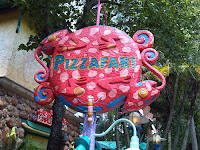 And Casey Jones tweeted this picture: 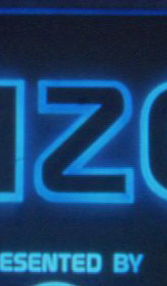 The Z from Horizons. Another clue? Or just a fun Z? 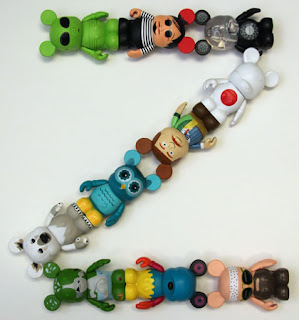 And what’s with the Frenchy looking guy up top? He looks like the figure from Cutesters Like You… with a makeover.

Update: 8/5/11
We found two Zs on the Vinylmation Blog today:

Thomas Scott was showing off a handful of It’s a Small World Jrs.

They posted this Park 4 figure as a tribute to the attractions anniversary. More numbers were posted as well: 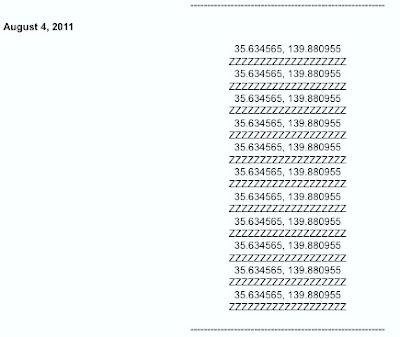 Update: 8/4/11 As if it wasn’t crazy enough, here’s what the blog posted today! There are 19 z’s in each piece. That’s a lot of Z’s. Can some one say Sleepy? Oh, hey, isn’t there a Disney Character called Sleepy???? The number seem to point to Tokyo Disneyland again.

Also reported today, there is a new set of numbers on the telephone number. DisneyMozart says they point to a gray building in Disneyland Paris. Does anyone have more info?

Long time collectors of Vinylmation will note that Disney is a long time fan of games; when Vinylmation Jrs were first announced it came with a “game” of sorts, a scavenger hunt that led to a certain date where Steven Miller (dressed conspicuously as a spy) was giving out Jr. cards and other prizes to those that showed up. Also, a sub-quest was found (I am happy to say I figured this one out) that said “CHASER 2X”, hinting that Juniors would have two chasers… and they did.

Although it’s been awhile since we’ve seen something this fun from the Vinylmation team, this week may have started another challenge of sorts.

First, we noticed that the Urban 7 Telephone had a phone number on it, which isn’t a big deal, there are other instances where pins and even the side of one of the value hotels has phone numbers on it all with 407 area codes. Usually they lead to customer service, or a voicemail but after Urban 7 was released, we were greeted with a message that said “LISTEN CAREFULLY” and then left a series of numbers.

What does that mean? Well a few people quickly decoded this into coordinates that work with latitude and longtitude, so after googling it real quick, we see that the coordinates are pointing directly to the center of Magic Kingdom at Walt Disney World in Orlando. Pretty neat, but really not a game or anything, just a cool Easter Egg that the team threw in. 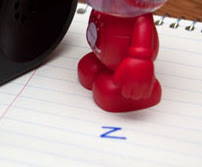 Because a few days ago, when pointing out the phone number to the readers of the blog, the phone Vinylmation was sitting on top of a piece of paper with a handwritten, and completely out of place letter Z. That’s it. Just a Z.

Perhaps it was a doodle, or just someone placing their initial in the picture for fun, but then the following day the post was signed with a Z.

After today’s blog post, we saw that they posted the coordinates above, perhaps trying to get more people to notice it, and then I called the number ONE more time to see if it had changed… and it HAD.

That’s right the new coordinates are:

Which directs us to Disneyland Tokyo. Also, after the new recording, the person says “Z…Z…Z…Z”.

SO, what could all this mean? Is it leading up to a new announcement? Are they trying to get us to go LOOK at the locations the coordinates are pointing to (We doubt it since one of them is in the middle of a street, and the other in a roped off section of the parks).

Whatever it is, we’re on high alert looking for new clues as to what this all could mean.

If you find anything, please feel free to report it here!