The 36th annual Festival of the Masters kicked off at Downtown Disney Orlando today. There was a chill in the air, but I won’t complain… it was a beautiful Central Florida day to be outside. Over 150 award winning artist set up booths all along the sidewalks. 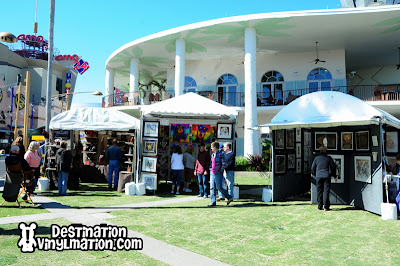 But you want to hear about the Vinylmation. Unfortunately, Donald Ferro from Disney said we will not see anything on display this weekend featuring sneak peaks at future sets from Disney that we have not already seen. But, we did see some spectacular one-of-a-kind customs. The first group was from Naples artist Marjorie Pesek. She had 6 custom 9″ figures in the D-Street display case, all with a $750 retail price tag.

Normally used to working on a 2D canvas, she went outside her comfort zone to produce these figures for Disney.

Marjorie was given access to the database of Vinylmation artwork to hide within her designs. She seemed to favor Animal Kingdom and Juniors.

It was originally thought Marjorie would use Disney characters, but then she decided it would be best to use what she knows best… nature and animals. She produced these 3D designs in the same way she produces much of her 2D artwork. 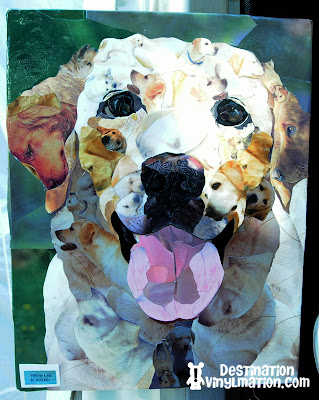 She uses a collage of other prints to compose her art. She has a tent set up by the water across from D-Street with some of her creations.

Originally, she was going to keep all the art on the canvas, but then decided it would be much more powerful to let the prints flow off of the canvas. So we get a dog’s nose that hangs out toward us or leaves that stick out around the head.

If you get a chance, go check out Marjorie’s work this weekend. They are some of the most unique figures I have seen. Here is a look at some of her non-vinyl artwork at her tent: 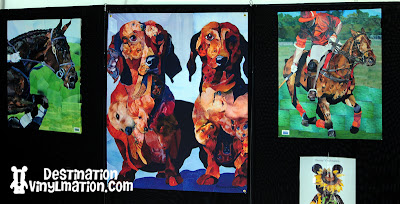 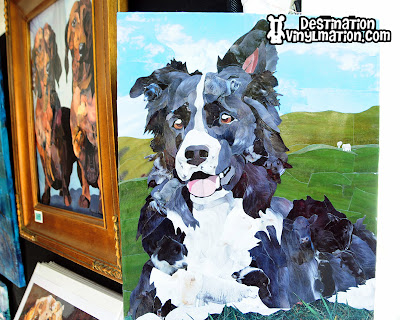 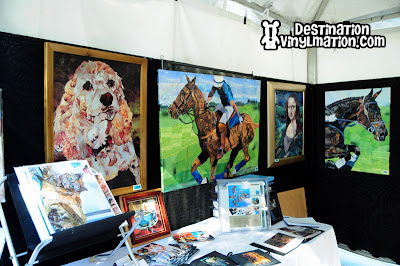 Love that the customs are “Different” from the rest of the stuff ive seen. Very cool.