Update: 1/20/12 Holiday 3 now available at Hong Kong Disneyland. Interesting comment on the Hong Kong Disney Facebook page: Gerard – “Some of them are pretty “exotic” in a sense that we, as a Konger, can’t really connect ourselves to them.” Allthough Disney artists are doing a good job expanding outside US holidays, the comment does make some sense. What are you thoughts? Will the designs and the appeal of some of the holiday’s ties to the US make them appealing overseas? Or will they be slow sellers?


Update: A reader Don sent us an email confirming the Dragon as the chaser from a seller on eBay who has already been able to open a fresh case.

Update: 11/29/11 Pictures of 11 of the 12 figures and 2 variants from this set have shown up on Disney’s Vinylmation website. This revealed one figure we have not yet seen: 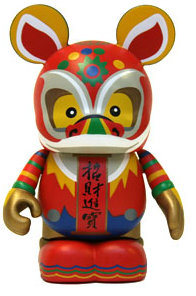 The Chinese New Years Dragon. This figure is absolutely amazing looking. The colors and detail make this instantly one of my favorite Holiday vinyls. The only figure from the 12 piece set not pictured on Vinylmation’s website, but already revealed as a Holiday 3 design was Puppy Love (see picture below). As I said, two variants have been revealed: 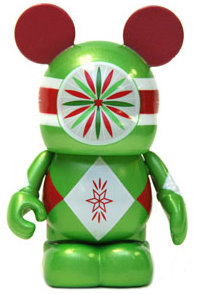 An inverse colored Christmas Ornament. This one makes a ton of sense and is a perfect color change variant. The second one doesn’t make as much sense to me. 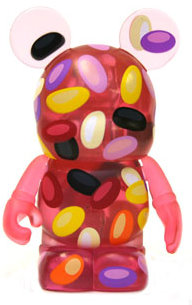 Instead of a green clear, this Jelly Bean variant uses red. The green made so much sense to me as it represents the fake green grass inside the Easter basket. It’s a nice variant, just does fit logically for me. We also updated some of the pictures blow with the first look at the non-pin version or artwork version of Pot O’ Gold and some interesting figure backs that stood out to us. Also standing out, is the side of Fireworks with the fuse.

Last year we got the first glimpse of the Holiday 3 set. This page will keep track of the list of vinyls as we get them. Keep checking back for more.

Previous
Vinylmation Speculation with Mike Boon: Muppets 4.7 Dr. Bob
Next
Get Vinylmation for buying your underwear!