It was an event filled day as Vinylmation Collectors gathered at D-Street in Florida for the release of Animation 2 on January 13, 2012. 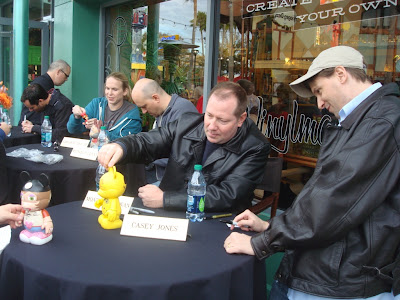 As the doors opened at 10:30am, a line of 20 people were present on this chilly morning. Although not a large crowd was present, the eager few huddled around the Animation 2 display area to get their individual boxes and topper sets. The sealed cases were behind the registers ($12.95 each or $310.80 for a case). 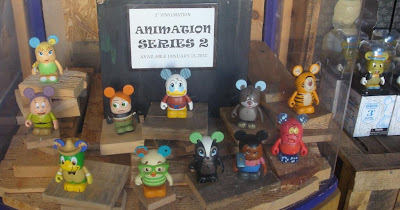 While some folks made their purchases and went home, others opened their boxes/cases at the available tables next to Wexler’s Pretzel’s. 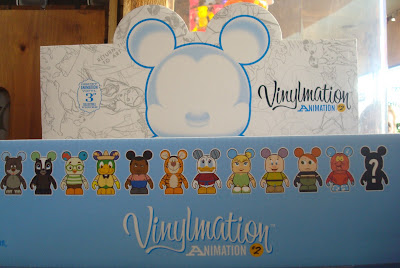 My personal favorite from this series is Jiminy Cricket (the topper). Although missing his umbrella, Jiminy is very well designed and his hat is spot-on… 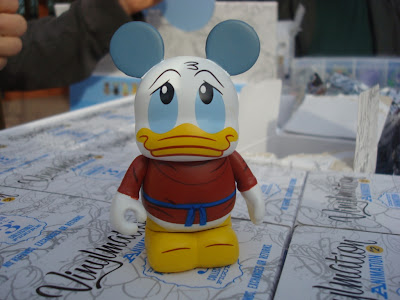 Animation two has 2 confirmed variants: “shirtless John” and “dry Donald.” The two variants seen in these pictures belong to one lucky couple who allowed me to photograph them. 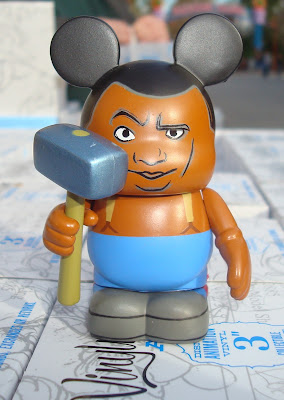 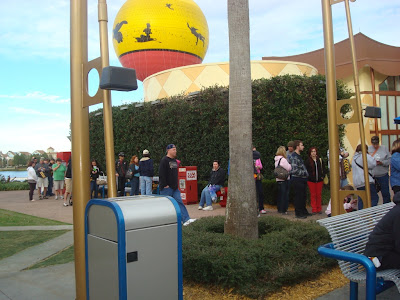 It was approximately 55 degrees Fahrenheit, and the wind was picking-up, but this did not deter anyone… and Disney was prepared with 2 large heaters next to the artists’ tables. 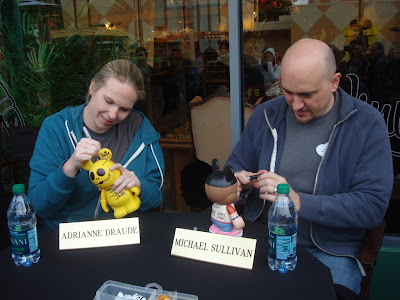 I was so excited to meet with all the Disney Artists present: Thomas Scott, Eric Caszatt, Casey Jones, Michael Sullivan, Monty Maldovan, Adrianne Draude. They all signed my “#1 Disney Fan” Custom, and my 9inch Yellow Create-Your-Own (CYO), and I could not have been happier. 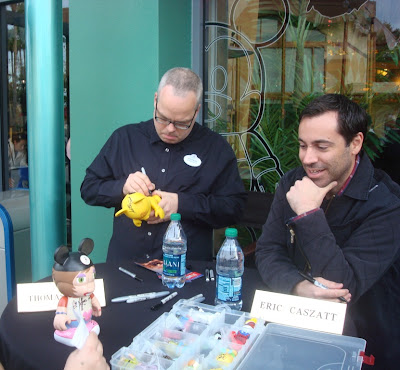 This is definitely a great way to start 2012!