Main Street Has A New Beat

After a few weeks of rumors, today, the Main Street background loop has been updated to a new selection of songs. Some old songs you may recognize but they have been re-composed and sound wonderful. 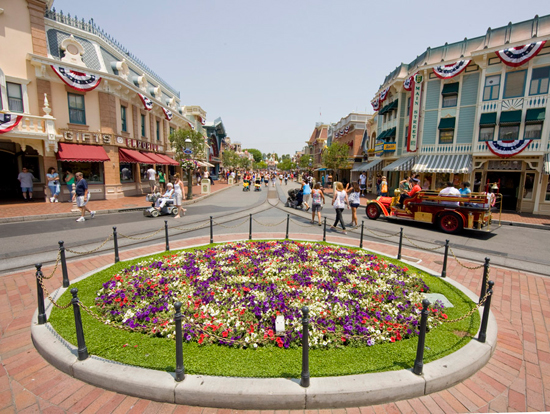 Starting next Monday, January 9, guests strolling down Main Street, U.S.A., will be humming along to some new – and familiar – tunes. For the first time in 20 years, we are once again adding new music to the iconic entrance music of Disneyland park.

Though there have been many updates over the years, the last refresh of Disneyland’s Main Street’s musical score was back in 1992, when selections recorded for Disneyland Paris were brought back to Disneyland park in California.

This time around, over a dozen new tunes, arranged and recorded specifically for Main Street, U.S.A., will join many of the existing songs. Included in the new mix are such iconic period pieces as “Meet Me in St. Louis, Louis,” “In the Good Old Summer Time,” “Alexander’s Ragtime Band,” “Oh You Beautiful Doll,” Scott Joplin’s “Maple Leaf Rag,” and a recent tune given a turn-of-the-last-century arrangement, Michael Giacchino’s “Married Life” from Disney•Pixar’s “UP.”

So the next time you’re ambling down Main Street, U.S.A., keep an ear out for some new – and old – classics!