A few interesting notes about the latest slue of Vinylmation releases. First off, D-Tour. One of the original six designs that we saw Disney release photos of was NOT available for purchase at D-Street this weekend. Flowers & Vines has not yet, to our knowledge seen the store shelves. In it’s place was a design Disney hadn’t told us about. 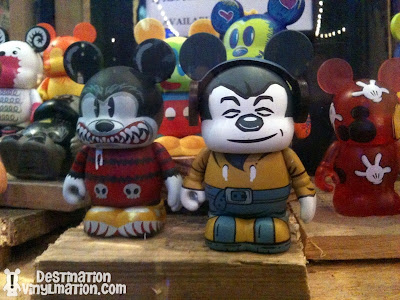 Headphones Mickey, a figure we reported for sale on eBay a few days ago, is fully stocked at D-Street. Here’s a peek at the shelf as it looked last night. 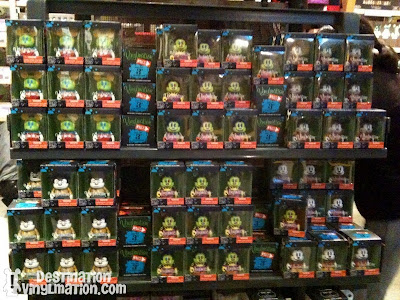 I saw a lot of interest in these new designs. We also learned via Disney Artist Eric Caszatt’s Twitter that: “Artists at DDG created flat 2D art that Maria Clapsis translated to the Vinylmation Mickey platform.” I was wondering about that as the first thing I did when I ripped open my first D-Tour was check the bottom of the feet… no credit given.

Next up, when Disney released the turn around pictures for the Theme Park Favorites, there were two we had not seen on the series poster.

They are variant designs of the yellow “Classic Fan” figure from the poster. A look in the D-Street display case… 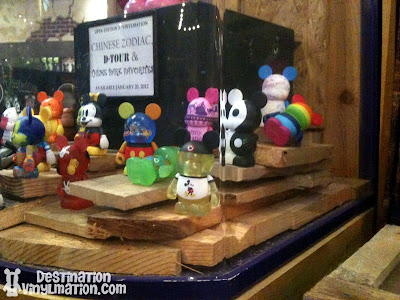 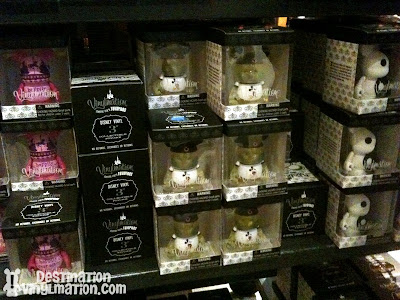 …show no sign of the Red and Blue versions. Might these be more variant Cast Traders? In retrospect, this is a great series to have such traders. As this is series geared toward the guests of the parks that are not necessarily into Vinylmation yet and Disney would like to hook them on the idea of trading. A concept that hooked a lot of us into this hobby in the first place. Your thoughts?

Also available this weekend for the first time state side, the Chinese Zodiac series. 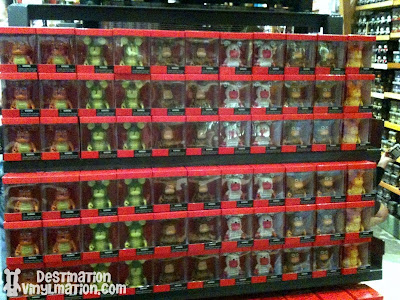 No oddities here. And the final release was this 9″ Valentine’s Day piece from Holiday 3. 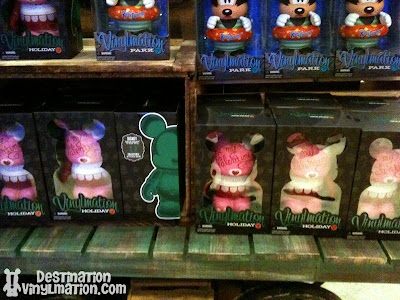 Also of note around Downtown Disney… 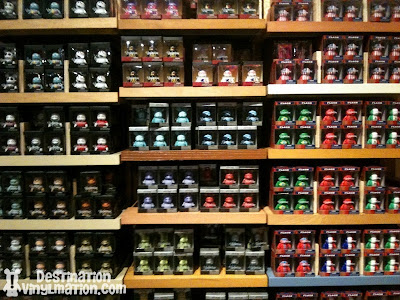 The shelves where stocked with plenty of Astrology, 2012s, Flags and Nerds Rock! (minus Daisy) but notably missing from D-Street were the WDW 40th figures and Sea Creatures. Granted, there are a ton of new releases, so they probably had to move them around property to make space. 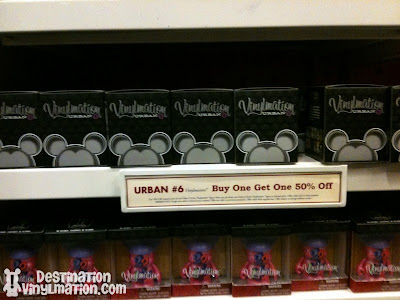 We also saw signs that Urban 6 is on sale for Buy One, Get One 50% off. Did you pick up any new Vinylmation this busy weekend?

Previous
Variants: Your Thoughts
Next
Juniors 5 found in WDW