After Santa Donald, the second custom in my planned line of Donald Ducks was Star Tours Donald. 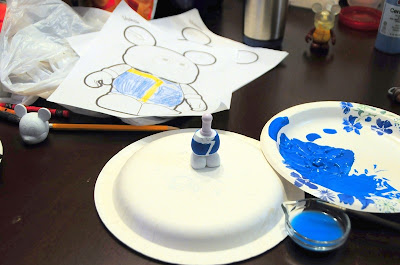 I always start with the body. Mostly because I avoid doing the head as long as possible. 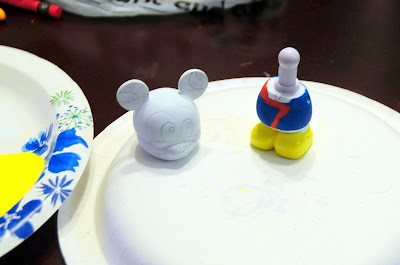 That was my first sketch of a face outline onto the canvas. One thing i learned quickly was how difficult it is to translate a 2D drawing to a 3D mold. 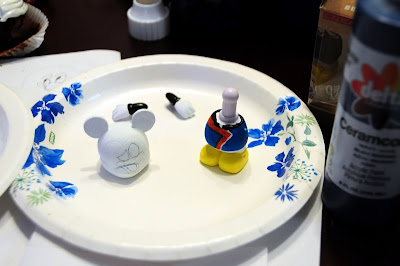 It sometimes takes a few tries to be satisfied with the outline and don’t be afraid to redesign a few times in the process so it looks best instead of trying to force anything. 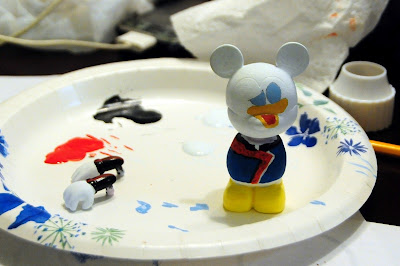 There he is without some of the facial details. 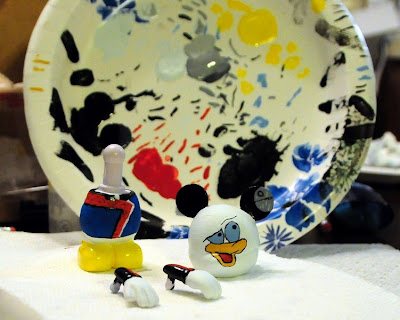 After getting the face done, I started on the ears. My idea for Star Tours Donald was he is a Cast Member that is a bit worried as he looks up to the sky and notices a Star Speeder 1000 (the vehicle the guests travel in) heading right toward the Death Star. I actually painted over that Death Star. So hard to get little details down that at my current talent level I have to kind of stylize it instead. 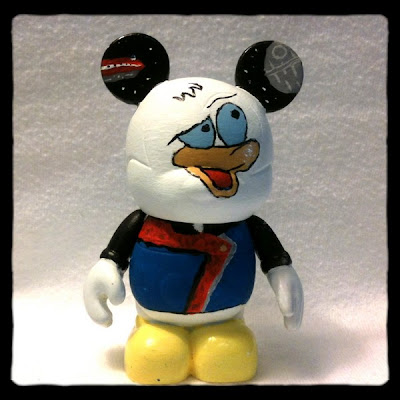 The final version. I’m very happy with the final version. The Star Speeder also took a couple tries as I learned to take out details. It is soooooo small. So the lines are not as straight as I really wanted. I like the detail on this Death Star over the previous picture, the lines and colors make more sense. I am extremely happy with the way I can draw Donald’s face. The costume was fun and well represents the real one. I did struggle with two things; the shoulder patches and name tag. I decided in the end that the patches would clutter the body and the detail was so small on them. I practiced and decided that if I couldn’t make them look great, he was better without them. The name tag was also omitted as to not clutter the front. I also found it hard to make it look right.

As with my previous custom, I painted along side my friend Rachel who is creating a Fantasia set. She started with the Mop and Buckets and I have an update. She originally made the buckets out of clay, but has since did a redesign and used Juniors to represent the buckets! 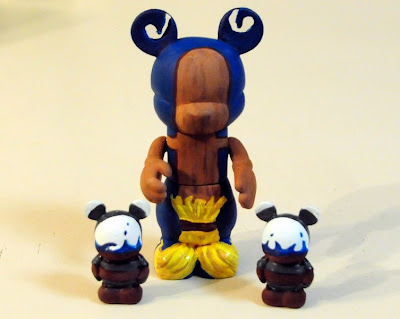 It was a great idea that was well executed. 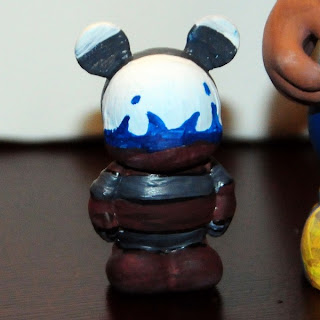 This time around, she made a Low Hop. 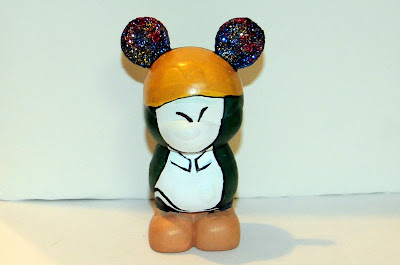 Remember I talked about the struggle to translate a 2D drawing to a 3D mold? She went back and forth with the decision to stretch Low Hop over the whole mold and wrap him around. She eventually decided against this and just painted him onto the front. One of the big factors was the foot flopping up looked best this way and that is an important feature. But then the problem of what to put on the back. She decided on a scene we see in the movie with grass and flowers and the silhouettes of the mushrooms in the foreground. She also added multi-colored glitter to the ears to represent the dust at the beginning of scene that falls from the sky.

Previous
M.C. Rescues Some D-Street Releases
Next
Sorcerer’s of the Magic Kingdom