Send an email to [email protected] to have your collection featured 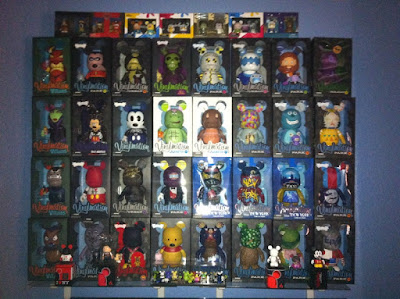 A wall of 9″ figures

How long have you been collecting?
I have been collecting vinylmations since it came out. The way I found out about the vinylmations was when I went on the Disney Cruise while there I went to the store in the cruise and saw these vinyl shaped as mickeys since i’m a Disney collector I decided to buy one and another and another until my friend just told me to buy the whole box and I got the box and the 9″ exclusive park 1 and so started my hunt for them all. 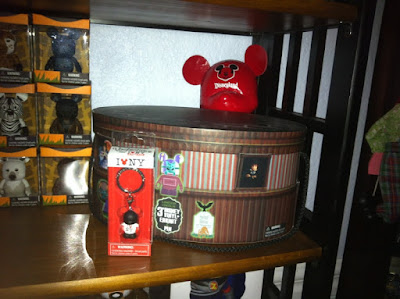 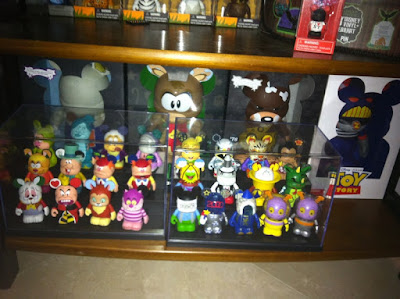 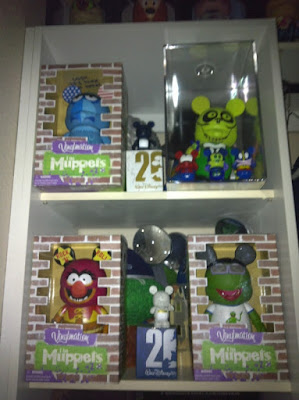 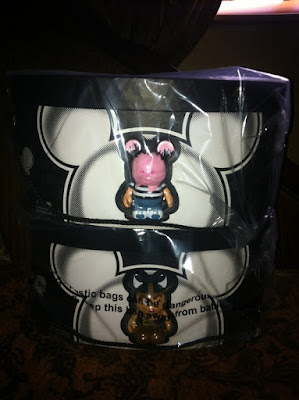 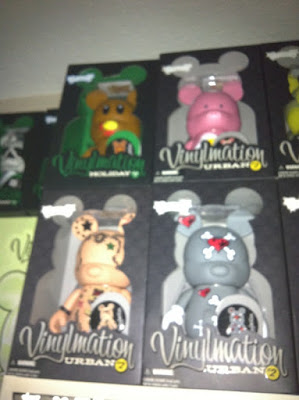 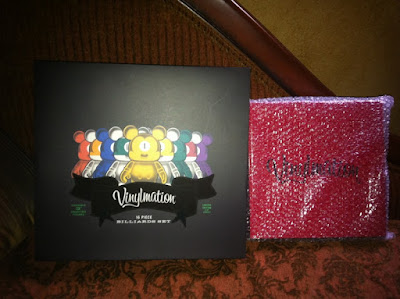 David even bought Billiards! That’s a sure way to up a Collection Count :)

What is your favorite figure that you own?
My favorite vinylmation would have to be 9″ Fantasmic it’s one of my favorite shows in Disney and the design is just beautiful. 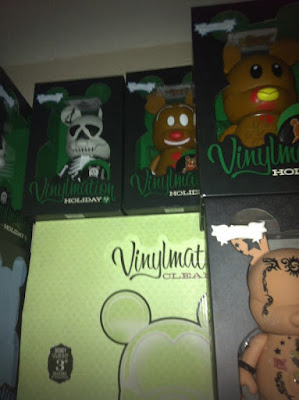 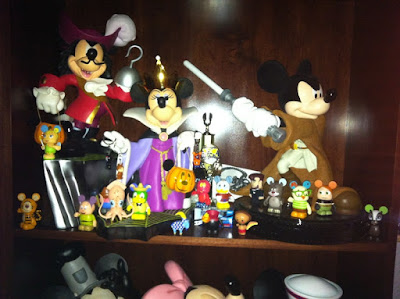 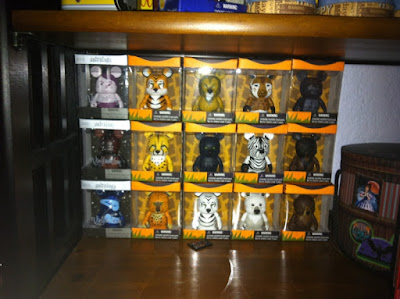 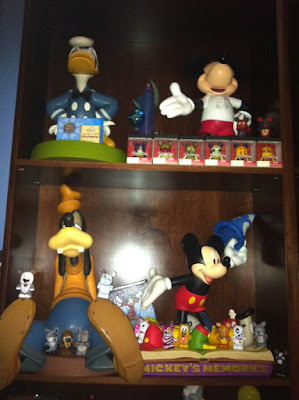 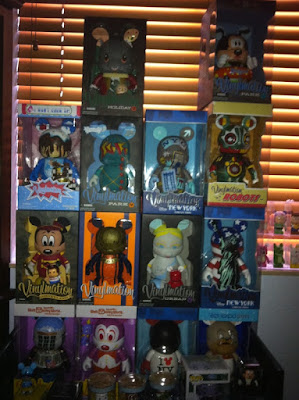 More 9″! I should have kept mine in box for stacking.

What is your favorite figure that you don’t own?
My favorite vinylmation I been looking for the most but i think ill never get it is the Haunted Mansion Shag 9″. 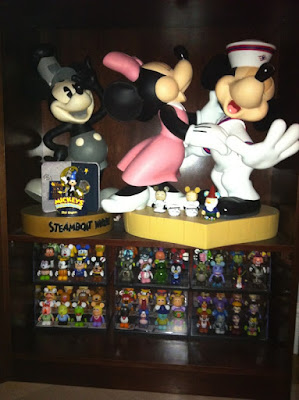 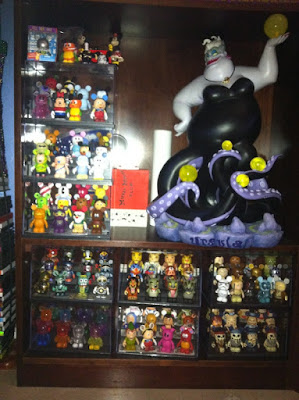 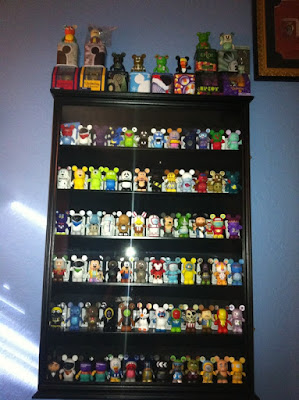 Which of these is the best feeling: Pulling a figure you want… from a blind box you just purchased, from a great trade with another collector, from a mystery trading box at the park or from a clear trading box?
The best feeling is opening a vinyl from a blind box that you want.The best luck I had with my boxes is pulling out the holy grail from my star wars box the Blue ghost Obi-Won chaser and other variants. 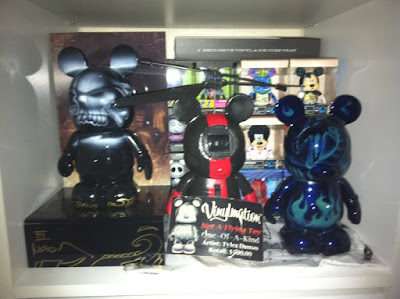 David’s added some nice customs to his shelves.