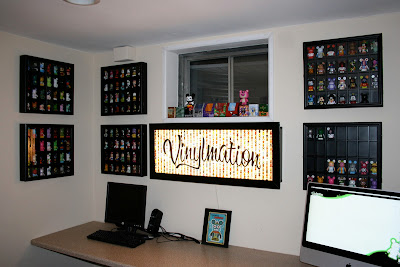 How long have you been collecting?
I have been collecting since February of 2009, when I think only Park 1 was released. Yeti was my first Vinyl, $15 on ebay! I am a 3” Vinyl collector only, but there have been a few 9” that I was tempted to get. Right now I have 142 Vinyls…. But my daughter who also collects, put her 12 in the display too! 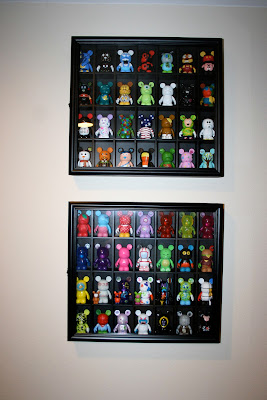 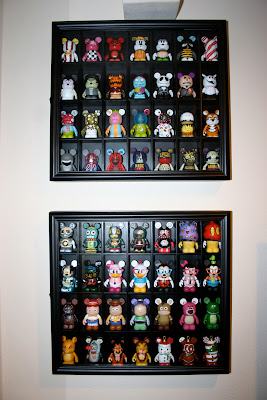 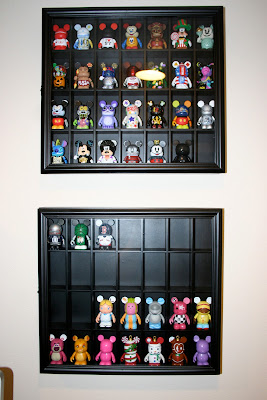 What is your favorite figure that you own?
I really like “King Mickey” from D-Tour series…. The printing is amazing, I really like the sketched look of it. 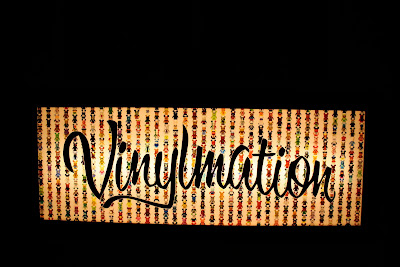 What is your favorite figure that you don’t own?
There are 2 from Urban 4 I would like, “Super Mouse” and “Paint Drip Mickey”

Which of these is the best feeling: Pulling a figure you want… from a blind box you just purchased, from a great trade with another collector, from a mystery trading box at the park or from a clear trading box?
Not being close to the Parks and only store trading near me, the best feeling I have had so far is pulling a figure I wanted from a blind box I purchased. It was the Toy Story series and I can just remember holding the foil package, and feeling Buzz’s helmet! 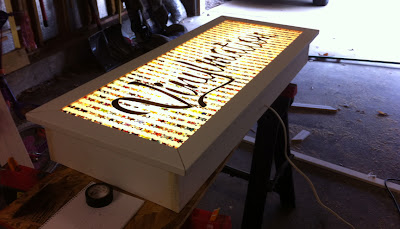 Tell us about that light box. Why you decided to construct it and what went into it.
I decided to make the light box because I wanted some type of signage with the Vinylmation being displayed. It is based off the Vinylmation sign inside the D-Street Store in Florida. I like the sign white, but decided to paint it black to match the display cases I already have. 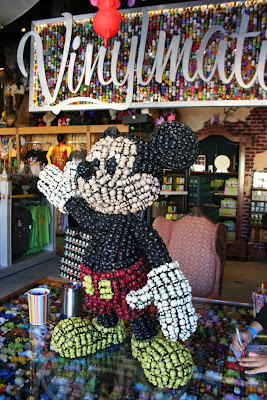 The artwork of the sign was created by individually screen capturing over 500 Vinyls from the Disney Vinylmation vault page. The light box itself is just a simple box, constructed similar to a drawer would be put together, put my artwork between 2 pieces of acrylic, framed it and the put it on some hinges so I can get to the light bulb if I need to change it. 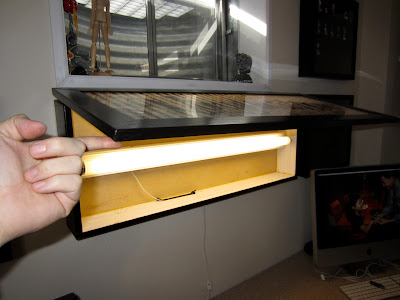 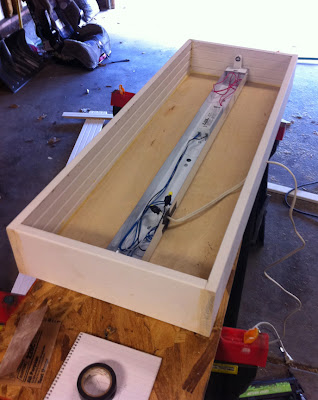 The best part, the whole thing cost me less than $30 to build it! The printer donated the printing, which is printed on a plastic material, like a back lit store sign. I bought the scrap, leftover pieces of acrylic at Lowes and the wood, paint and light fixture at the Habitat for Humanity ReStore outlet.

For those looking for ways to display their collection, what are those display boxes and where can people find them?
I am sure many people use these display boxes, they are the Michael’s shotglass display cases.
Wait for them to go on sale at 40% and get the additional 25% coupon in the newspaper and they are cheap! Only problem is with the evolution of Vinlys, accessories are making the figures taller and wider, so you may be limited to what you can display. The Mayor from Nightmare Before Christmas has to be displayed without his hat on!