The Big Bad Wolf and Three Little Pigs set came out today at D-Streets. This LE 1500 set sell for $44.95 and was designed by Monty Maldovan for the Animation 2 Limited Edition series. On the surface, the set is spectacular. It’s a perfect use of the 3″ and Jr combos. The amount of detail and character packed onto the Jr figures these days is remarkable. 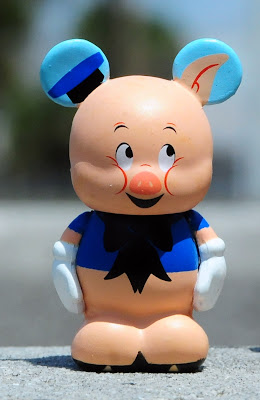 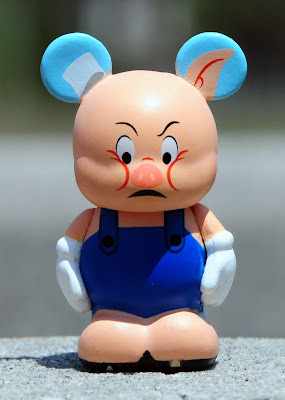 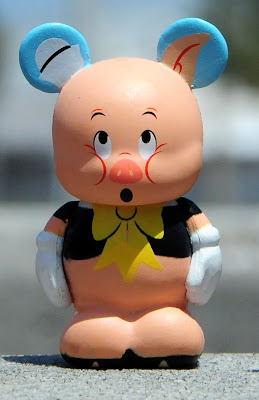 Each of the pigs has their own facial detail, ear design and clothing design. Some of the best designed Jrs ever and makes me even more excited for Snow White. There is one slight problem however. But it is in the production. Maybe I have never looked close enough upon Jrs, but there seems to be some glue protruding from where the arms meet the body. 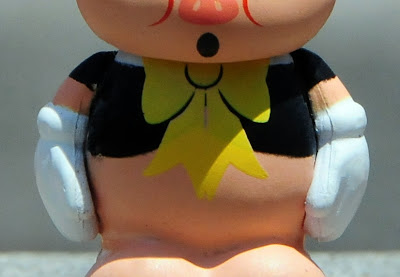 I noticed it on all three in this combo pack. It is not enough to pass on this set, but it does knock the grade down a bit if that is the issue on all the combos.

The backs are what you’d expect… the clothing, hats and tails. Next up is the 3″ Big Bad Wolf. 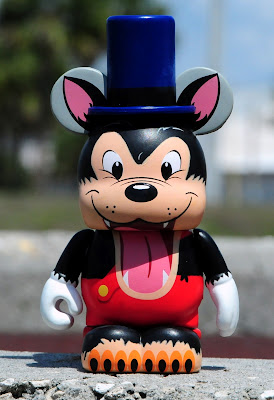 It is a wonderful design all on it’s own. The colors and proportions do capture the movie character. But when I put this up against Enrique Pita’s Villains 2 design, I’d have to give Enrique a slight edge.

I like Monty’s feet and body on the Animation 2 combo figure, but Enrique gives us a much more detailed and villainous face. I also like Enrique’s over sized hat design and ears. Both artists offer a completely different look at the same character. Monty gives a more smooth animated feel where as Enrique delivers a more gritty depiction of this villain. Overall, this LE combo shouldn’t be missed if you are a fan of classic Disney animation. It’s a great nod to the film. Ideally I would have liked to see an LE of 1000 and a price tag $10 cheaper, but that didn’t keep these guys from my display cabinet.

Previous
Monorails: Under the Hood
Next
MARVEL’s Avengers Take To the Highway in the Sky for the “Avengerail”!