New Video Give Us First Look At Red Car Trolley, Radiator Springs Racers, and Much More…

This afternoon, Tom Staggs, Chairman, Walt Disney Parks and Resorts, announced that the five-year expansion of Disney California Adventure park will be complete on June 15 with the opening of Cars Land, Buena Vista Street and Carthay Circle Theatre! 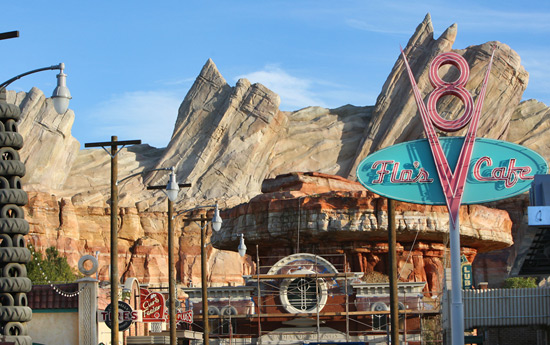 The Happiest Place on Earth will get even happier with four new attractions – Radiator Springs Racers, Luigi’s Flying Tires, Mater’s Junkyard Jamboree and the Red Car Trolley – as well as new dining and shopping locations such as Flo’s V8 Café, Clarabelle’s Hand-Scooped Ice Cream, Elias & Co. and Los Feliz Five & Dime. Disney California Adventure park will offer guests even more new experiences in addition to the attractions that have been added since the expansion began in 2007.

To accommodate a media preview and make final preparations for the opening, Disney California Adventure park will be closed for one day on June 14. Disneyland park, Downtown Disney District and the Disneyland Resort hotels will remain open for our guests on that day.

Take a look back at all the additions to Disney California Adventure park and a look ahead at all the new things to come this summer: