Update 3/4/12 Two updates below. Alex Maher actually had a hand in the Snow White Jr designs along with Thomas Scott. Also, Billy Davis is freelance, not a Disney Cast Member.

We had a ton of fun and learned a lot last night. Including many, MANY, release dates!!! Take a look… 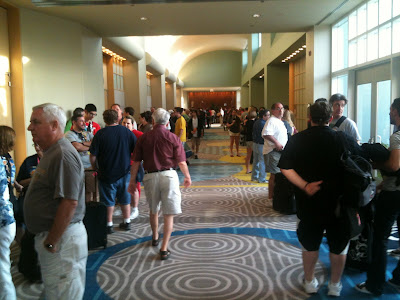 As usual, the line exploded about 40 minutes from the doors opening. Also as usual, much pre-show trading took place. 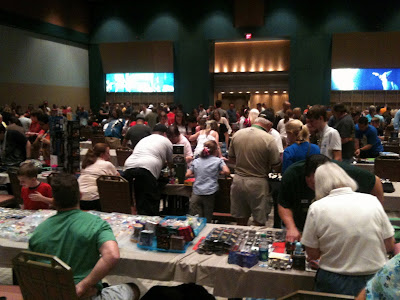 Then the scramble for tables began. These shows have been incredibly packed lately. Pin and Vinylmation traders alike claimed their space and hunkered down for 3 hours. But the highlight of any WDW Trade Night (sorry DLR traders) are the displays of upcoming figures… and we got to see a few new ones!

Alice in Wonderland LE Flowers Set
Thomas Scott
LE 2000
April 20th
Four 3″ figures make up this set. It was a great little surprise to see a yet to be revealed Alice LE set and a lot of excitement surrounded this one. 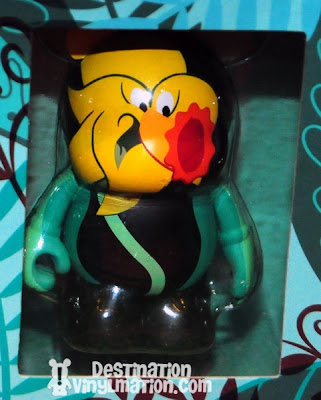 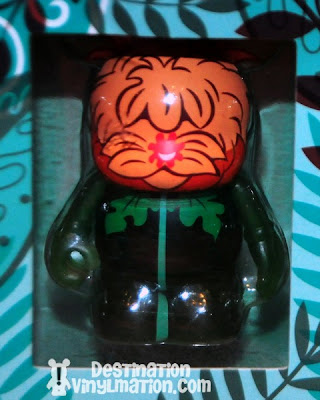 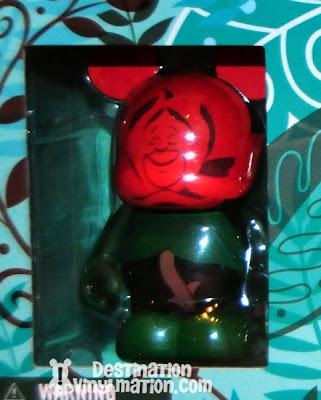 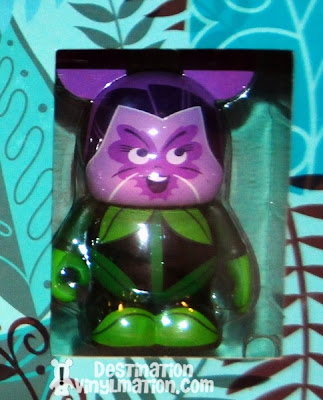 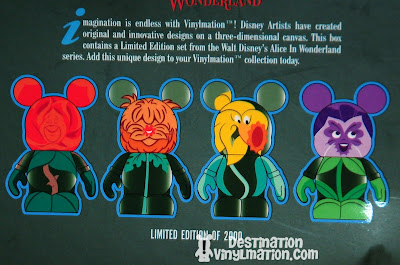 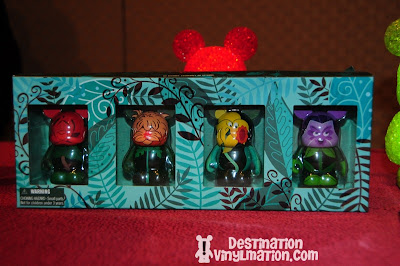 Looks like a perfect addition to the Alice series. Designed with care and every detail in mind, the colors truly pop in person. 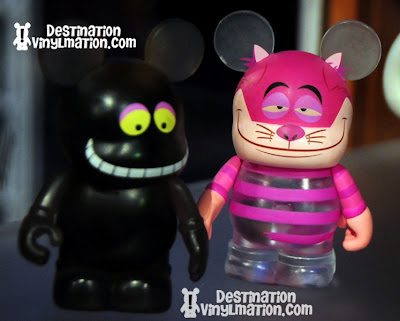 Snow White and the Seven Dwarfs Jr 6
Thomas Scott and Alex Maher
April 20th
This of course is the next Jr. mystery box set of 18. We have seen a lot of dwarfs, but finally all 7 together. Now Thomas alluded to Snow being in this set… and come on, what would the set be without here, but we saw her in all her tiny glory last night. 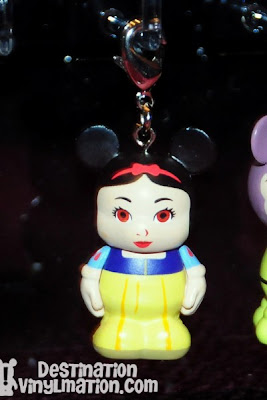 I’m a big fan of Snow and in Jr form, she is captured wonderfully. Right along side Aurora from Villains 2, the Princesses look good on the miniature canvas.

Robots 2
Billy Davis (entire set)
April 13th
With the first Robots set put in the hands of the Disney Store artists, it was a mild surprise to see the second series designed by artist Billy Davis. Billy, has given us Sea Creatures and even the Urban 8 Robot. That Robot was sure a pre-cursor to what we will see in Robots 2. Billy certainly took a different angle on the look of the Robots for this series and so far, I think I like it better than the first series. Shielded from view (guess they were not supposed to be on display last night) were two other Robots, and one had a big bubble (think Buzz) giving a 50’s sci-fi movie robot feel. Since I just dined in the Sci-Fi diner, I recognized the style. 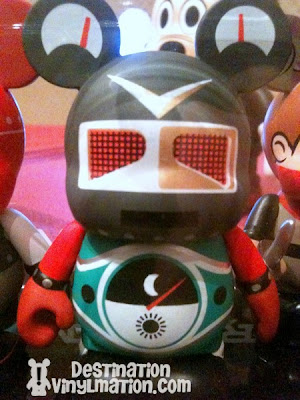 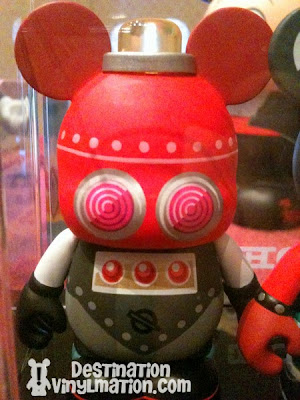 9″/3″ Animation 2 Price Phillip and Maleficent Dragon
Casey Jones
LE 1200
April 6th
Honestly, the Maleficent dragon doesn’t do much for me. I enjoy the Villains 2 Maleficent better. However, the Price Phillip looks absolutely spectacular! Not to say the dragon isn’t expertly designed, just a matter of personal taste. I don’t like how I’d have to buy the combo to get him. (anyone want to set up a split?) This is a solid LE addition to Animation 2. 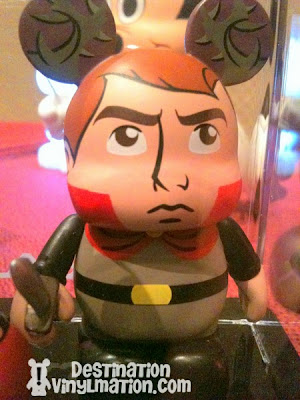 3″ Price Phillip with sword. The ears are perfect with the thorns! 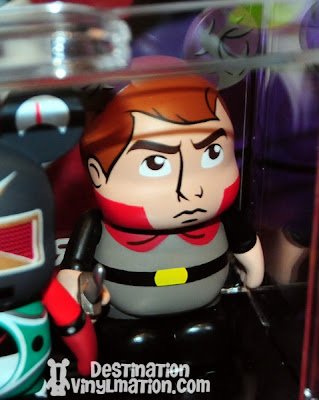 Another view of the Prince. The back has a painted on cape. 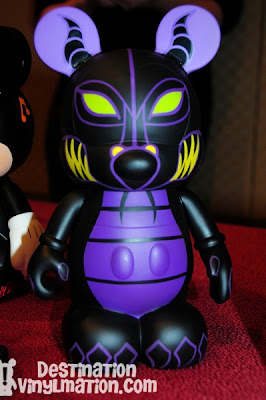 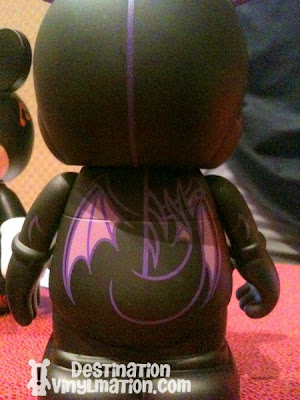 9″ Park 8 Mickey Mouse Revue
LE 1500
March 30th
Paris got it first, but our time is coming soon. The first in a line of Park 8 LEs. I wasn’t really into this design… that is, until I saw the back last night. Breathtaking and super creative. 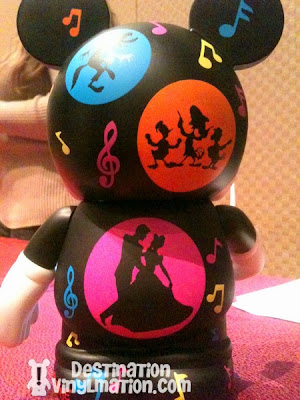 I’ll show you the back first. To me, this design over the whole thing would make a perfect vinyl. It really represents the former attraction. 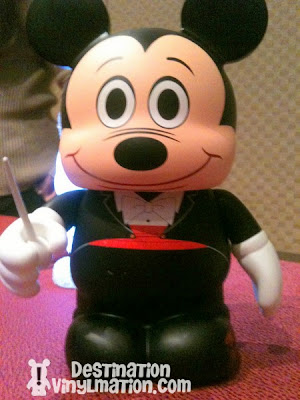 The front isn’t bad either. It honestly looks like an Animatronic’s face. Interesting new 9″ mold hand design to hold the accessory baton.

9″ Animation 2 Roger Rabbit
Maria Clapsis
LE ?
July 13th
OK, this one is cheating. We didn’t see it at the trade event. But sometime after this weary eyed trader went to sleep last night, the Vinylmation Blog updated with a release date and turnaround of the great 9″ Roger Rabbit. 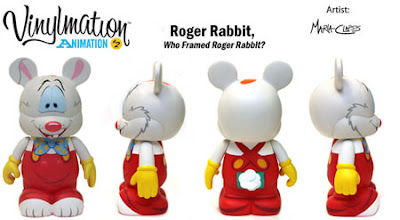 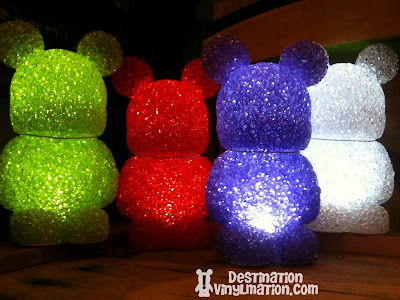 The store was lit up with the new 7″ Night Lights. 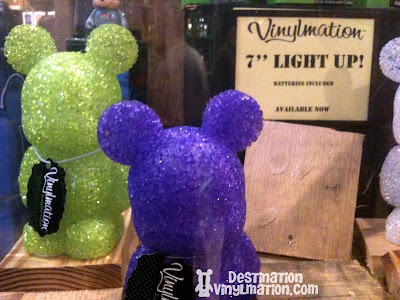 Green, Red, Purple and White are available for $24.95 each and they come with batteries. 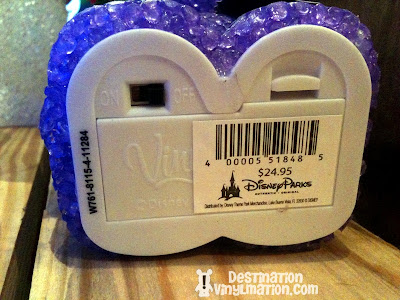 You can test them out in the store, so I’m not sure how much juice those batteries will have left once you get it home. 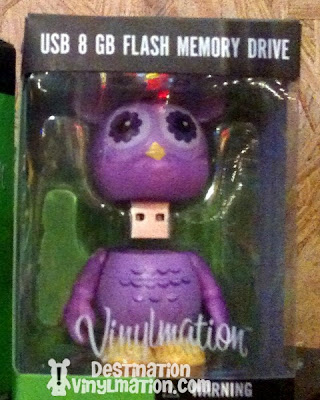 The USB drives were also available. 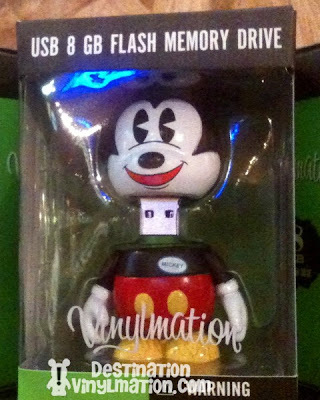 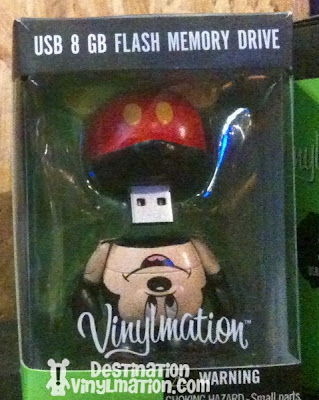 Probably due to the $65 price tag, these where kept behind the counter where guests had to ask for them.

Great review of last nights Trade Event! Did you get a price point on the Park 8 Mickey Mouse Revue?