Dole Whips are a favorite treat at Disneyland and the Magic Kingdom. You can even find them at the Polynesian Resort. But I bet you didn’t know you can order one up on eBay today? A few readers pointed us toward an eBay auction from a Hong Kong seller selling a 3″ Dole Whip figure that we are expecting to see as part of Park 9. This figure is most likely a dumpster diver and as we said many times here and on the podcast, it is not a good idea to purchase these and we do not recommend it. It hurts the hobby and you get a figure with low quality not meant to be in the public’s hands. All that said, let’s take a look at the figure. 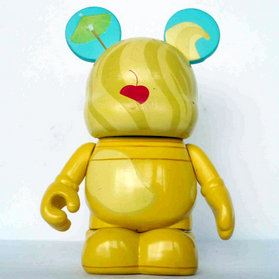 A look at the front shows swirls in the head with a cherry in the middle. There is an umbrella in one ear and the ice cream whipped up into a point on the other. 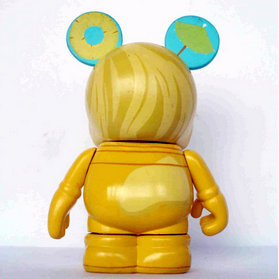 The back features some more swirls in the head, the other side of the umbrella and a pineapple ring. Do you think we may see a variant Orange Dole Whip as well? I for one enjoy the orange version better at the parks. 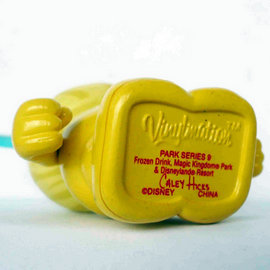 The interesting thing about the bottom is the figure is officially called “Frozen Drink.” We see that it is also designed by Caley Hicks.