Today, via the Vinylmation Exchange Facebook trading page, the Disney Store 25th Anniversary Light Up chaser was supposedly revealed. It was posted by Angela Vega. Although no official word by Disney about the chaser, we have seen the 11 known figures in this set, so it is safe to assume this is the real chaser. It is a very interesting character choice that in my opinion makes it a great chaser. The character, although off the beaten path a bit, has appeared on a previous Vinylmation design. Click the picture below to reveal the chaser. 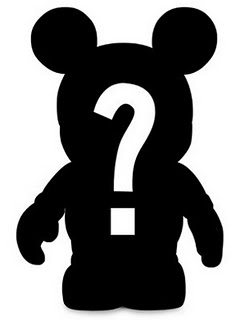