Unfortunately, no Star Wars 2 Vinylmation were on display at the start of Star Wars Weekends today at DHS. But they did a few interesting previews. The first of which is an addition to the Star Wars Muppets action figures from earlier this year. This 3 pack set will be out in August and will retail at $18.95. 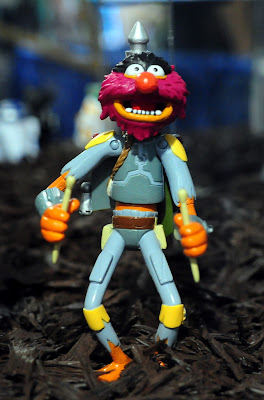 Animal makes an appearance as Boba Fett. The skinny Fett does look strikingly odd, but I like the character choice and enjoy the addition of drumsticks. 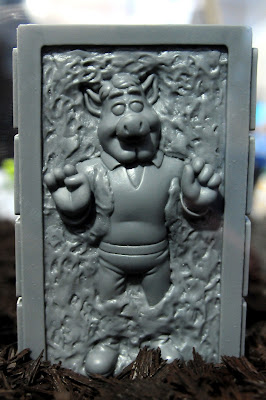 Link Hogthrob, who was featured as Han Solo in the first release, returns in this pack as Han Solo in carbonite. Always a fun design, this really fits in well with the set. 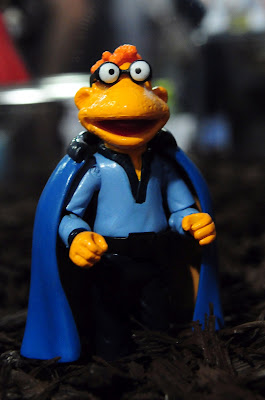 To round things out, Scooter has been called upon to play the part of Lando. And you know what? He pulls it off. Great costume and cape. The first round of figures were designed with high quality, so I expect nothing less from these.