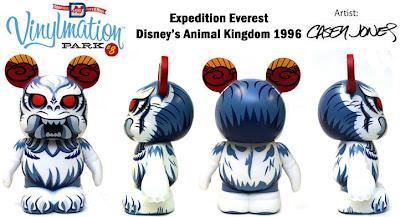 This is the second time we have seen the outrageous price tag of 75 bucks for a single 9″ figure. Price aside, let’s talk about the creature it is based on.

Expedition Everest opened on April 7, 2006 at Disney Animal Kingdom park at Walt Disney World. When completed, the mountain of steel beams and imagineered rock work stood nearly 200 feet tall. Here is a great article from Popular Mechanics Magazine with a peak inside the mountain. To me, the best part about this ride is the most detailed queue line at the Disney parks. Every inch of the path onto the train is fulled with treasures and artifacts from a journey into the Himalayas. It may be a bit of a stretch to say this, but I don’t mind avoiding the Fast Pass line now and then to check it all out. 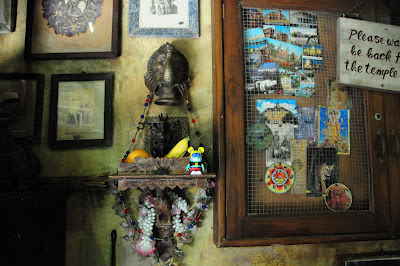 Inside the Everest queue. Picture from our Urban 8 photoshoot
–

Once on the train, guests are sent up a hill offering one of the best views of the rest of the resort… if one is brave enough to take a breath and look around. The downhills are great and the ride backwards is a thrill, but the star of the attraction is the Yeti… the protector of the imagineered “Forbidden Mountain.” 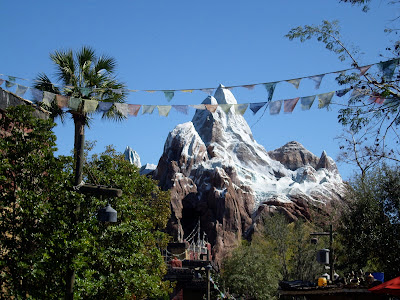 The Yeti, standing at 22 feet tall, is the largest animatronic the Imagineers ever built. The story of the Yeti is a much publicized one. Dubbed “Disco Yeti”, he now stands motionless with a strobe light on him to simulate movement. Here is an Orlando Sentinel article from 2010 highlighting the issue. 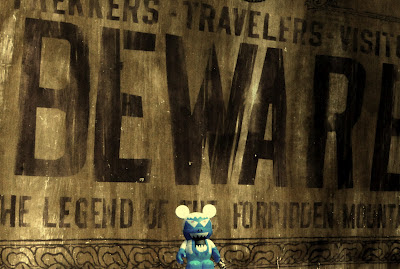 We have a Park 1 Yeti and a Park Starz version, but none seem to capture the Yeti’s ferocity as depicted in the Exhibition Everest attraction as the new 9″ Park 8 does. 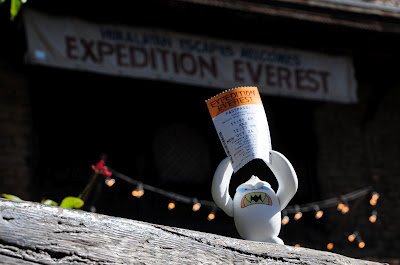 This Park 8 version has the straggly fur, glowing red eyes and big dangerous teeth. Where as the other versions depict a more cartoonish Yeti. 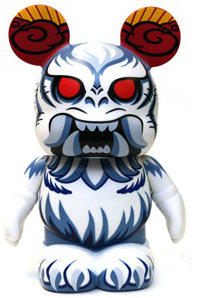 The 9″ figure looks to take inspiration from both the animatronic Yeti himself as well as some of the artwork in the queue. 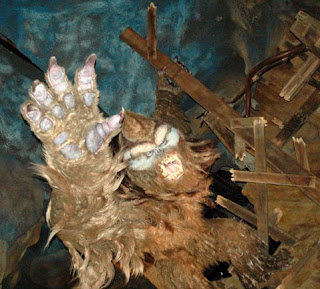 But the big question still remains… will the Vinylmaiton Yeti’s arms move?