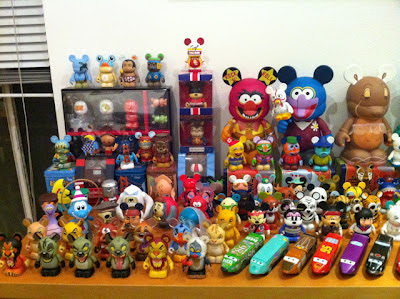 How long have you been collecting?
Since May 2011. 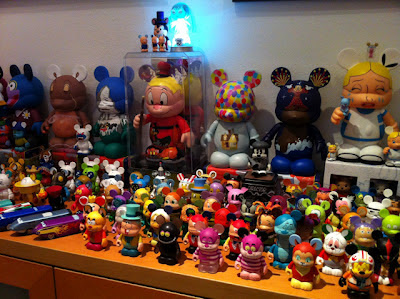 What is your favorite figure that you own?
That’s hard. I have to pick more than one. USC Trojans. Peter and the Wolf (My personal custom). All the Park Starz. Villains 2 Shere Khan variant. Park 5 Abominable Snowman. And I know this isn’t fair, but the entire Alice in Wonderland series rules. 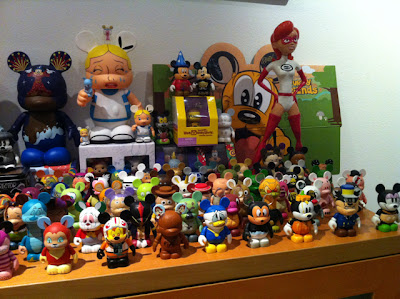 Which of these is the best feeling: Pulling a figure you want… from a blind box you just purchased, from a great trade with another collector, from a mystery trading box at the park or from a clear trading box?
Gotta go with blind box. I haven’t had the most awesome luck with trading, but blind-boxing the John Henry variant, a pink elephant variant, and the Mother Gothel chaser were probably the best feelings ever. 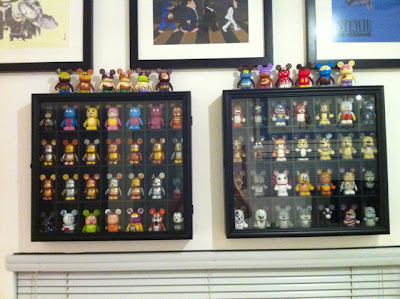 Also, this isn’t Vinylmation related, but I think I have to show you guys my Roger Rabbit room. 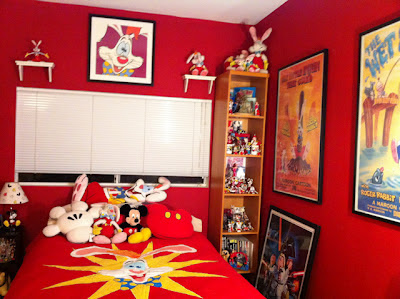 …and that’s just one corner.