“Picked this up just now at a UK store (not London!). The info on the back more or less confirms the others will come soon too.” 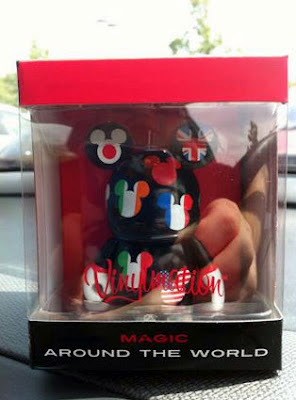 This looks like a fun figure to celebrate the World Showcase at Epcot. With the Mickey head flags, it is very similar to the ornaments on the Christmas tree from the Holidays Around the World figure released a few years back. I would have liked a tiny more character to this figure instead of just a black background. Found at a UK Disney Store, it is an interesting universal figure seemingly meant to represent all the countries with Disney Stores perhaps? This is as opposed to those figures meant to represent specific cities.