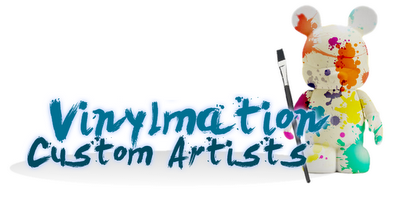 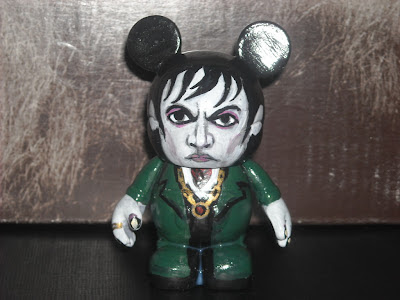 Destination Vinylmation: This time around we are featuring you Barnabas Collins figure (Johnny Depp’s character in the new movie Dark Shadows) and also Michone from The Walking Dead.
Ryan Marella: Johnny Depp as Barnabas Collins from DARK SHADOWS  was fun to create, I’ve worked on some other customs of  Johnny Depp movie characters before, I’ve had some practice on his face which made it easier. Faces are a challenge, getting the right expression can be difficult,but once you’ve started, it’s hard not to finish.DSCN7692 is from the WALKING DEAD,her name is Michone accompanied by two armless walking dead who are supposed to be her boyfriend and friend, in the show she has them in chains and she walks around with them to hide her scent from other walking dead. 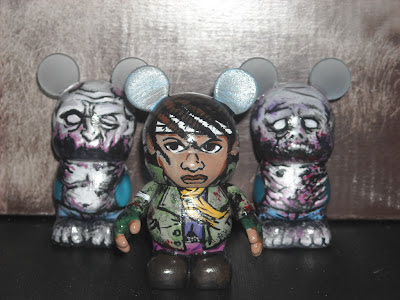 DV: Is there a greater challenge when painting the faces of real people as opposed to cartoon characters?
RM: Creating cartoon characters is easier because they have  a simple look about them, not too much detail. Now creating real people requires the expressions and look for that character they portray, some people are harder than others.

DV: You can view more of Ryan’s work at his website: www.ryactiv.sketchlab7.com