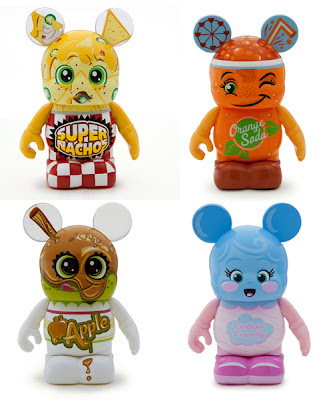 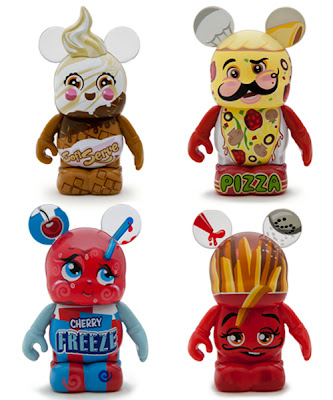 Disney Store will release two (2) of these very limited-edition figures during each day of Comic Con. For the lucky few attending “Preview Day” tomorrow (Wednesday 7/11/12), the head chef will showcase his street side buffet you can purchase all eight (8) figures on the same day! Be sure to stop by the Funko booth (#4829/4928) to pick them up. Each figure retails for $10.00. 250/each available per design.

San Diego Comic Con is on July 12-15 in California and Disney has announced several Vinylmation releases spread through out the event. According to the Vinylmation blog, they will be available for purchase online. (But we assume they will also be at the event)