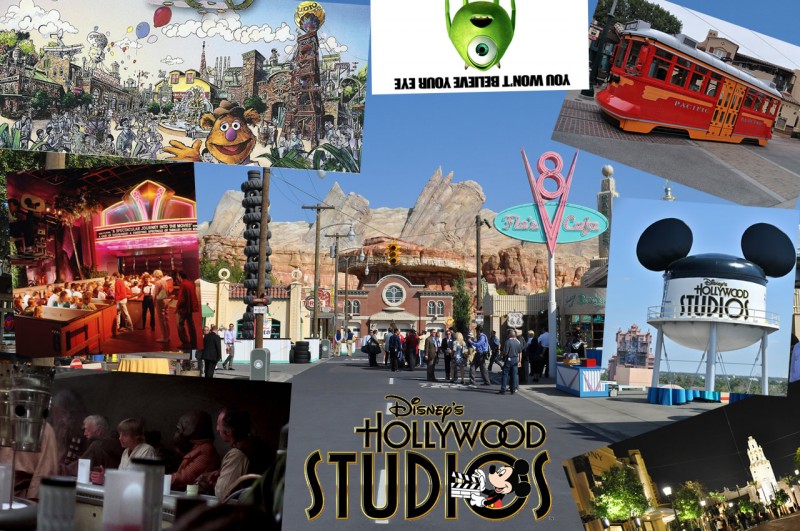 Is A Huge Expansion “In Production” For Disney’s Hollywood Studios?

Well, I think Disney tried their best to keep it a secret, but it seems that more observant park-goers have spotted some of the creative minds behind Cars Land at Disney California Adventure walking around Disney’s Hollywood Studios the last few days. What does this mean? Well, long before Cars Land ever opened at DCA, I had heard that Cars Land was coming 5 years later to Disney’s Hollywood Studios at Walt Disney World. Walt Disney Imagineering and company management know Cars Land is a big winner (selling tons of food, merchandise, and park tickets) and understand it can be just as big a hit, if not bigger, in Orlando. Even while I was wiritng this article, things have progressed even further with Kathy Mangum, one of the creative minds behind Cars Land, being promoted to an “executive producer” position at Walt Disney World.

Hollywood Studios has been in the midst of an identity crisis over the last 10 years as film production came to an end, the Disney animation studio shut-down, and the Residential Street section of the Backlot Tour was bulldozed. Lights, Motors, Action! Extreme Stunt Show has been a disaster since it opened 7 years ago, now only performing 2 shows a day and the Backlot Tour is an expensive attraction that doesn’t serve many guests on a daily basis. This plot would be perfect for Cars Land, and here’s where we think it will go (along with some of the other rumored additions we’ll be telling you about here):

Cars Land along with its attractions Radiator Springs Racers, Luigi’s Flying Tires, and Mater’s Junkyard Jamboree would certainly be enough to finally convince people that Hollywood Studios is a full-day park. So I know what you’re saying, “Tom, some sites have already been saying Cars Land is coming to Florida, so none of this is new.” You’re right, Cars Land isn’t exactly a stretch, but the larger plan to revamp the Studios over the next 6 years is much more than one large land…

Hollywood and Sunset Boulevard will finally see the arrival of the Red Car Trolley if all goes according to plan. The cars will be stored behind Rock ‘N’ Roller Coaster, where they will then come through the gate near the attraction’s entrance, turn onto Sunset Boulevard, and ride down to Hollywood Boulevard. Now, as for where they will travel from here, I have heard two scenarios: either they will swing left to the park entrance and then turn back towards Sunset Boulevard down a new street taking them past the Theater of the Stars or they will take a trip up to the Great Movie Ride, passing over what used to be the Sorcerer’s Hat before returning down Sunset Boulevard. I tend to think the route illustrated above is a little more realistic considering guest flow in certain areas.

I like the idea of a new street cutting towards Sunset Boulevard as it would make is much easier to get from the park entrance to Tower of Terror, Rock ‘N’ Roller Coaster, the Hollywood Hills Amphitheater, and Theater of the Stars. Speaking of Theater of the Stars, enjoy Beauty and the Beast Live on Stage while you can because that is currently scheduled to be the first thing leaving once work starts on this giant project. Similar to what happened to the Theater in the Wild at Animal Kingdom back in 2006, this theater will close for 10-12 months to be enclosed before a new show debuts. That new show? Tangled: The Musical.

I already mentioned that the Sorcerer’s Hat icon is history, but then what will be the park’s icon? Well, the old Chinese Theater facade on the Great Movie Ride is leaving as well since Disney no longer has the rights to use that on merchandise or in publicity materials. Since it works so well at the new and improved Disney California Adventure, expect to see a modified version of the Carthay Circle Theater plopped on front of the giant show building of the Great Movie Ride. Again, here’s a crude quick image I made to illustrate the location:

Unlike the Carthay Circle Theater in California, this facade will actually lead to a real theater: the existing pre-show room for the Great Movie Ride. However, just above the new loading area on the second and third floors will be a restaurant and lounge, just like the new building at DCA. Walt Disney World is always looking to add more fine dining and with Cinderella’s Royal Table inside the castle still as popular as ever, another restaurant inside a park icon would be a great idea. While the Great Movie Ride is closed to change the exterior, it is believed the interior will receive some much neeed TLC, and maybe even a new scene or two, hopefully just in time for the park’s 25th anniversary on May 1, 2014. Maybe it’s wishful thinking, but refurbishments like this often aren’t announced too far in advance, so it’s is likely that the Great Movie Ride could close sometime in early 2013 for these changes.

Moving beyond the Hollywood of the 1930’s, one of the most anticipated pieces of the project has to be “Star Wars Land”. I don’t think that will be the name, but a new show and dining experience should round-out the Star Wars offerings in the park nicely. The beloved Backlot Express restaurant will be converted into the Mos Eisley Cantina from Star Wars: A New Hope, allowing guests to interact with strange creatures at the bar and order even stranger menu items, maybe even some blue milk. Meanwhile, Jedi Training Academy will move into the former Sounds Dangerous theater for an entire new version of the show that incorporates an audio-animatronics living character figure of Yoda. I’ve also heard Disney will be looking to either expand the existing shop or build a new larger Star Wars store near-by as the current store just can’t hold all of the merchandise they have available, including space for things like the Droid Factory or the “Carbon Freeze Me” process.

Moving north, Muppet Studios is in for some investment as well, albeit not nearly as major as anything else that might happen in the park. Pizza Planet will become a counter service location themed to the Muppets, while Mama Melrose’s should become some sort of table service experience with the Swedish Chef. While The Muppets have proven popular, the safe investment would be in converting dining locations rather than constructing a new attraction to showcase them. I also expect to see a few Muppets living character shows roll around this area as well, such as the returning Muppet Mobile Labs with Bunson Honeydew and Beaker, or the long rumored Electric Mayhem band.

The final piece of the puzzle should be the long-rumored Monsters Inc. suspended roller-coaster including a giant scene in the door room from the film. This ride would still be heading to Soundstage 1 from what I am hearing. I know, it may be hard to believe this one as we have been hearing about it forever, but now that the company is looking to invest in the park, it seems likely that a ride already somewhat developed would be cheaper to add than something still in the early stages of creation.

There are also rumors of changes to Rock ‘N’ Roller Coaster, Tower of Terror, and Fantasmic!, and the possible replacement of PIXAR Pals: Countdown to Fun with the PIXAR Play Parade currently running at Disney California Adventure. I won’t get into these simply because they are smaller projects and items being discussed in other places, but they should not be forgotten in the grand scheme of things. As for the time frame on this entire project, it should all be competed by 2018 with Cars Land being the final phase. I don’t have any more information than that.

We usually stay away from too much speculation on this site, but a good majority of this report has been substantiated from various sources over the last few months. I feel the need to point out that all of this is simply rumor at this point and it is possible that the entire project be cancelled much like numerous other projects over the 57 year history of the Disney Parks. So what do you think? Is this the extreme makeover Hollywood Studios needs to finally shed the old working studio theme?