We have more details now about the Haunted Mansion releases at WDW and DLR. (Hanted Mansion explained page) 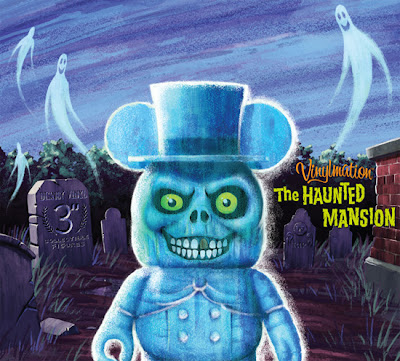 On Friday, September 21, the series will be released at D-Street Walt Disney World. Casey Jones will hold a signing that day from 11 a.m. to 1 p.m. There will also be a one-of-a-kind custom 9″ Mariner figure designed by Casey Jones available for purchase on site (pictured below). 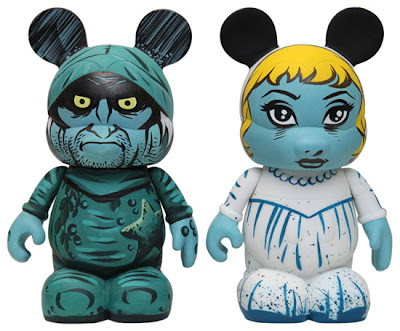 Casey will then make an appearance from 11 a.m. to 1 p.m. on Saturday, September 22, at D-Street Disneyland. The series will release that morning on the west coast and Casey Jones will also have a one-of-a-kind custom figure for purchase here too… the 9″ Bride pictured above. Additional custom figures will also be for sale: 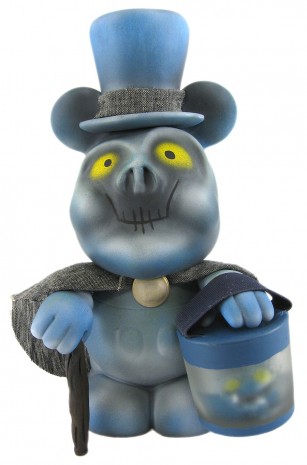 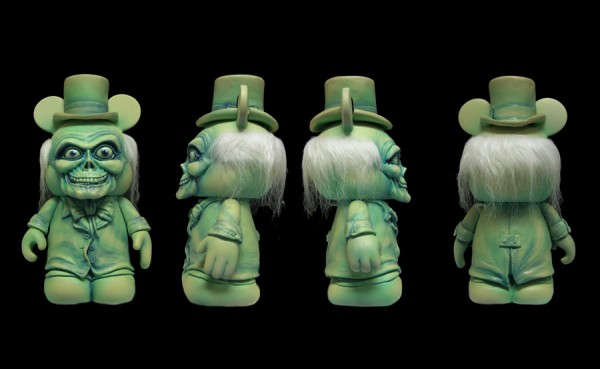 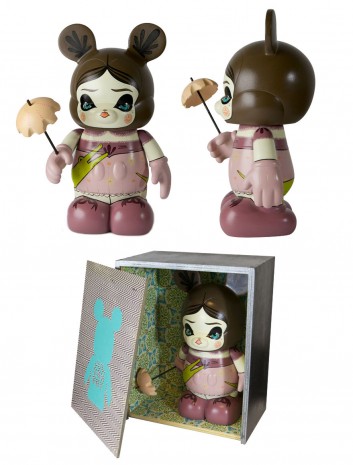 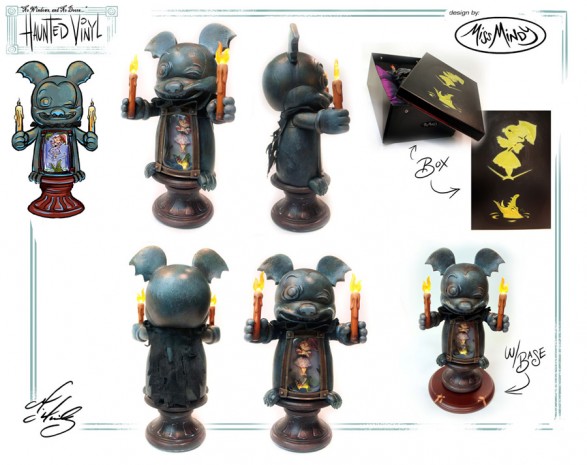 Miss Mindy
According to a Disney Parks Blog interview with Steven Miller, series artist Casey Jones said: “We knew we couldn’t feature every single character from the attraction,” explained Casey. “So we selected a character from almost each of the different show scenes. This set gives us a strong foundation to build upon for a future Haunted Mansion series.”
The article reveals that the beautiful packaging for this series was designed by Thomas Scott with help from artist Dan Salgo. Thomas gave some insight into it’s creation, “We used the cover of the ‘The Story & Song from The Haunted Mansion’ vinyl album as inspiration for the packaging,” said Thomas. “We even used the unique ‘Haunted Mansion’ lettering found on that album as a nice tribute.”
We have waited along time for this series. What are your thoughts as we go into release weekend? Have the variants re-energized the passion for this set?

I think the variants are a great addition to this set. Also Casey’s quote almost makes it certain for another HM series to come out and that might explain why Ezra was excluded from this one.

My issue (and lack of enthusiasm) is how the designs all look similar. With the Pirates set, each one has their own feel and gives me instant recollections of the ride. Due to the ghost nature of the ride, maybe including other aspects of the mansion (like wallpaper, nearby props) could have helped give the designs uniqueness. And why they did so many ghosts that have a similar design and didn’t include the caretaker and dog to help give it variety is beyond me.

Hoping Haunted Mansion Series 2 will have a Madame Leota, the diver boy type globe would be perfect with her hair painted on the globe, and a floating tambourine and trumpet on the ears.

Do we have any idea on pricing yet for the other custom figures?

Vote Up0Vote Down
A Closer Look at New Fantasyland’s Princess Fairytale Hall Concept Art
Get them before they turn into a pumpkin!