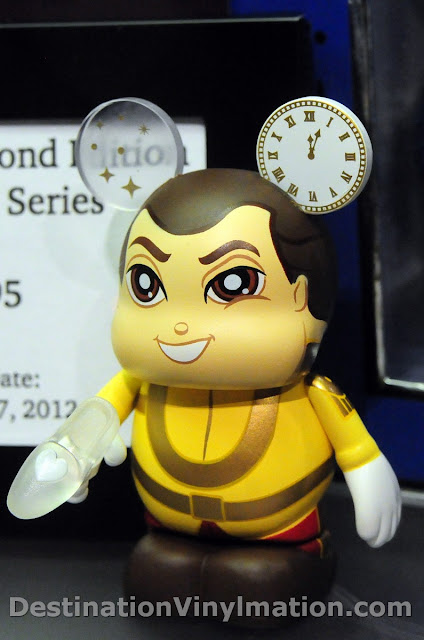 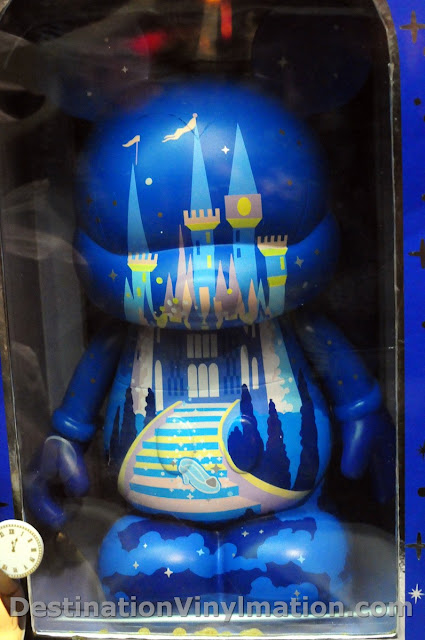 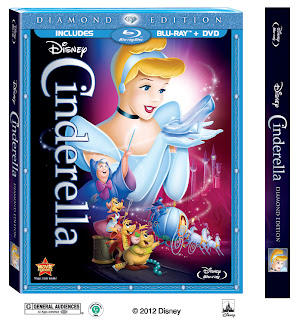 To commemorate the re-released of one of Disney’s treasured films, the Disney Store will also release some (presumably LE) Vinylmation on October 2nd. A big thank you to Vinylmation Kingdom for unearthing this info. The first figure is a 9″ that will retail for $59.95. 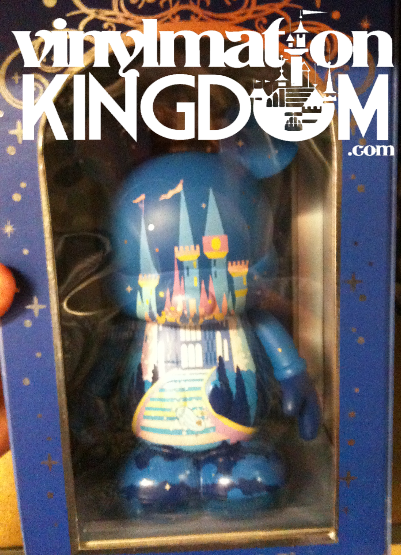 The figure depicts Cinderella’s castle in a very animated style. Even in this grainy photo we can tell the colors and artwork are beautiful. The castle steps lead down toward the feet with the glass slipper sitting on them with sparkles all around. The packaging itself add to the collectability of this piece. A blue box with stars and what looks to be Cinderella’s coach at the top. Next, is a set of Vinylmation. 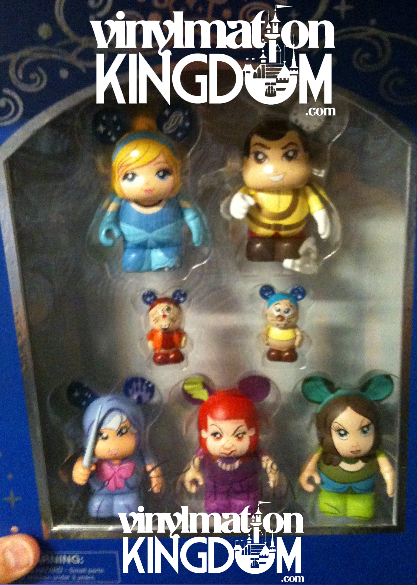 Cinderella: Dressed in her ball gown with stars in her ears as well as a glass slipper. All of these figures take on a slightly exaggerated cartoonish style that the Disney Store artists seem to prefer over the more true to the animation style the Disney Design Group artists strive for. It’s not a good or bad thing… it’s just a style and a matter of preference. I still would love to see Thomas Scott take on the princesses, but this one is done beautifully. As with Rapunzel from the 25th Anniversary set, Cinderella’s hair is used to frame her face, keeping her face from appearing chubby. 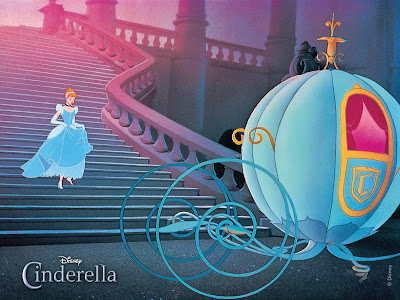 Prince Charming: He is all dressed in his best clothes for the ball and boy is he happy! And why not? He just found the foot that fits the glass slipper… WHICH IS A HOLDABLE ACCESSORY!!! That is by far the best part of this set for me. Very cool idea. 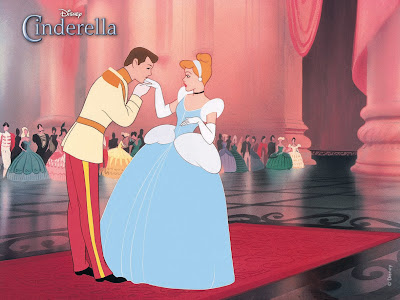 The Fairy Godmother: This is our second version (Animation 1) and as described above, this is a more cartoonish as opposed to true to animation approach. This one also has a wand. Her ears have stars, with the left one also having an outline of the castle. 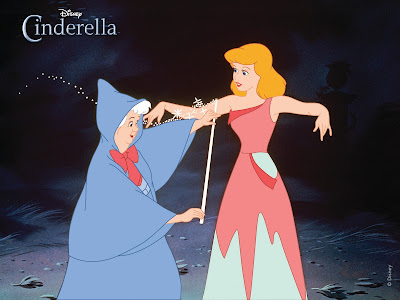 Jaq and Gus: A brilliant idea to make the two mice Jr figures. Especially with the detail artists can put on these 1.5″ figures now. They both look great with a ton of character in their tiny faces. 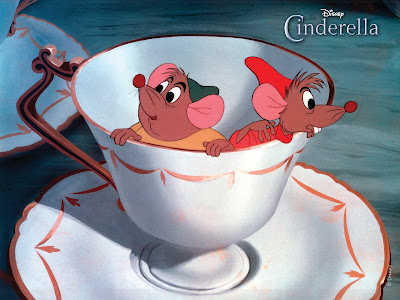 Anastasia and Drizella: Cinderella’s stepsisters are chosen without their mother Lady Tremaine. This is a commendable decision given that Lady Tremaine can already be found in the Villains 2 series. Their design looks good… evil and mean… just what the artist was going for. 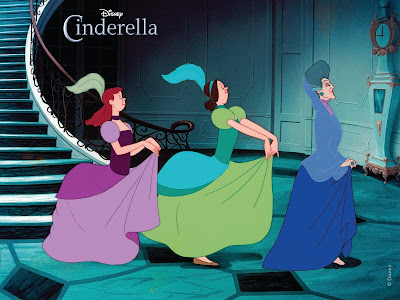 The Disney Store has now given us another classic princess. What are your thoughts? Here is the trailer to get you ready for the big release.