Disney announced that they will make a better effort putting out the Vinylmation when the movie hits the theaters from now on. 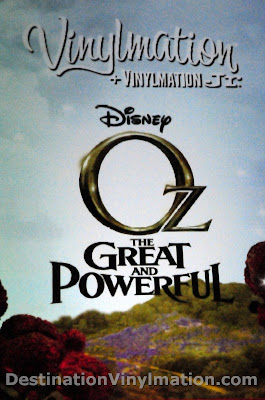 There will be four total 3″/Jr. LE Combo sets released around the March 2013 launch of Oz The Great and Powerful. They are all designed by Ron Cohee. 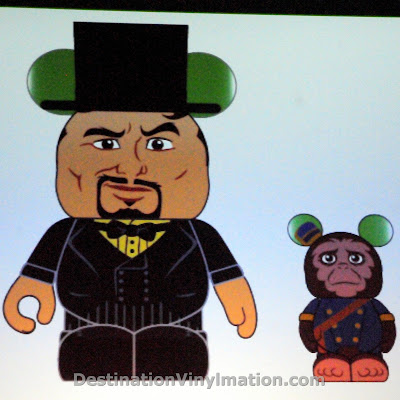 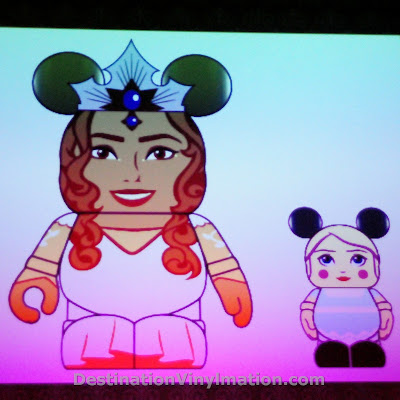 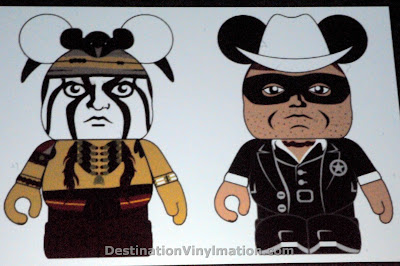 Celebrating The Lone Ranger on the silver screen in the Summer of 2013 will be this 3″ LE Combo pack featuring Tonto and The Lone Ranger. They are designed by Eric Caszatt who took great care to give us an accessory crow on Tonto’s head instead of just painting it on. 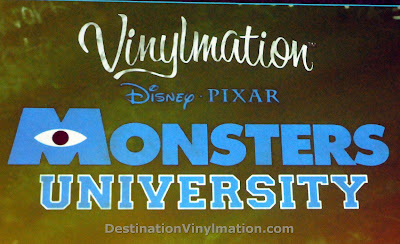 The release of Pixar’s Monsters University movie in June will have it’s own 12 figure blind box series dedicated to it. 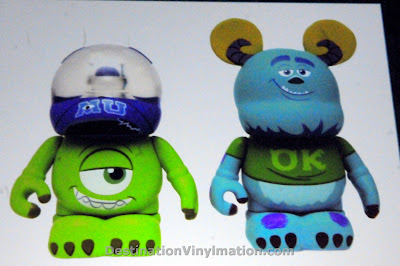 Mike and Sully, all ready for college, were shown off at Mickey’s Circus. Then we got to see the shining example of NOT being released with the movie hitting theaters… or Blu-Ray… POTC On Stranger Tides. 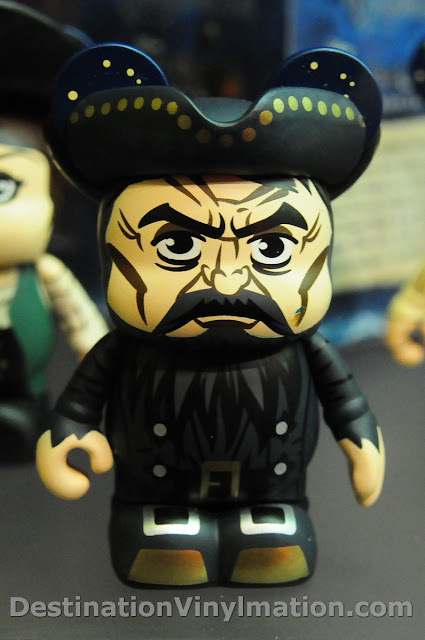 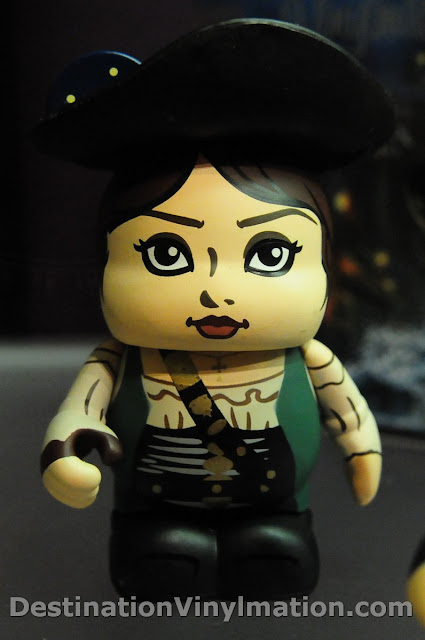 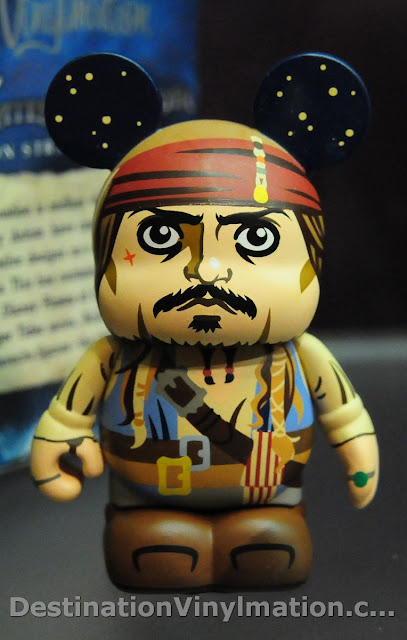 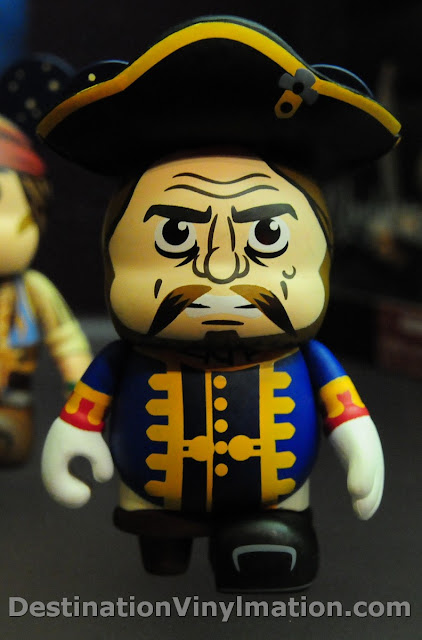