It’s the end of 2012. Time to look back and reflect on the year that was in Vinylmation. At the end of each year, MC and I come up with our top ten lists. To try to bring you a different side of things, we make these lists up of things we personally feel are remarkable from the past year… instead of trying to pick what a majority may see as the biggest stories. We also want to invite you to submit your lists as well. Just email them to [email protected] Please include your name and hometown. 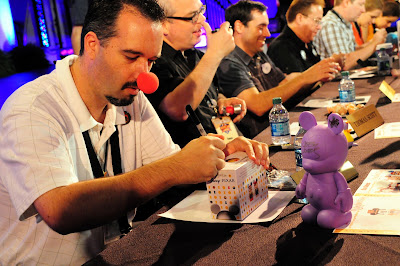 The addition of Ron Cohee to the Vinylmation section of the Disney Design Group team is already a huge success. He certainly has an eye for translating an animated character onto the Mickey platform. His take on the younger versions of Up’s Carl and Ellie are nothing short of phenomenal  He offered his talents to many of the Pixar series figures and also designed for Mickey’s Circus and Phineas and Ferb. He is a talent worth watching and I hope he is involved with any Animation or animated movie series the DDG does from this point forward. His talents can be seen on Disney Parks merchandise resort wide. You can check out his blog here. I especially like how he depicted his own family riding the bobsleds on the Matterhorn pin he designed 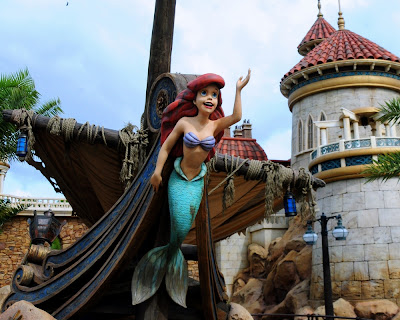 When Buena Vista Street and Cars Land opened at Disney’s California Adventure earlier this year, they had an impressive group of Vinylmation figures produced for the event. The two large Walt Disney World events this year did not. They did have some one-of-a-kinds, but no Disney produced figures to commemorate the occasion. Do I want to spend more money? Not really. Would I have dropped some cash for vinyls at those events. Most defiantly. 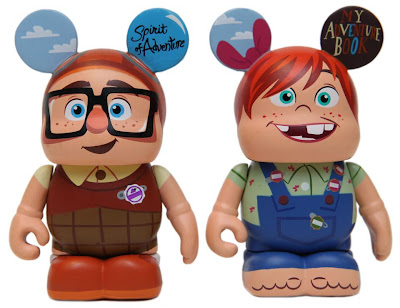 Take a beloved film. Exclusivity. And a touch of drama. And you have one of the top headlines of 2012. First, people have been clamoring for Pixar Vinylmation. This Carl and Ellie combo perfectly captured two wonderful characters in their youth from a wildly popular film. Next, this combo was touted as a ComicCon release. The whole manner in which the ComicCon vinyls were sold is another story all together, but it was not pretty. They were sold online. Orders were not fulfilled  Same old Disney Store story. But my focus here is on the figures themselves. Perfectly designed little three inch pieces of art. 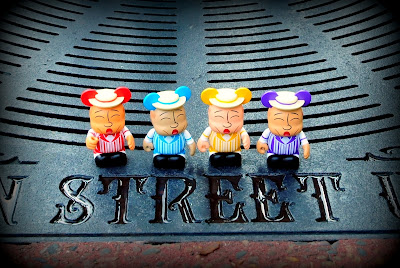 I’m not into variants, but this foursome from Park 9 is nothing short of brilliant. Perfect design, execution and use of variants. I had to collect them all.

6. The Many New Shapes of Vinylmation 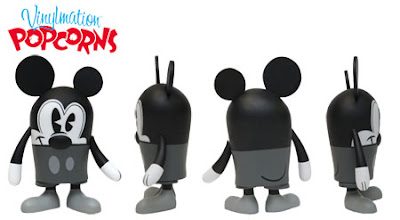 We have had a true explosion in the variety of Vinylmation offered to guests. This year alone we were introduced to Monorails, Duffy, Popcorns and Vinylmation 95. Park Starz was only last December. And in September we saw that mysterious shadow figure of a new platform to come! I personally love Popcorns and hope they are here to stay. Park Starz has become my favorite Vinylmation series. And the customs on Vinylmation 95 are just outstanding. Not to mention all the creative accessories seemingly made for just one figure. And how about the different ways of packaging the combos such as the Cinderella storybook. I am very excited about the future of Vinylmation. 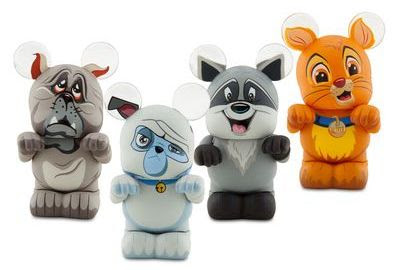 It was all about the paws. A beautifully designed set by the Disney Store artists with wonderful character selection and brilliant packaging. Furry Friends had the chance to go down as one of the most beloved sets in Vinylmation history. Instead, the designs were overshadowed by production problems. Scratched paint and dirty figures were common place. As more and more blind boxes were opened over the first few days of release, it became clear Disney had a real “opportunity” on their hands. I say that jokingly as they kept referring to the obvious problem in such positive terms to angered guests. A $5 gift card pacification would not settle the issue this time. Furry Friends was pulled from shelves nationwide. Just a note: Furry Friends made my list even before the news of Whiskers and Tails, the follow up series, was leaked to collectors. The news of what is basically Furry Friends 2 solidifies this as one of the biggest stories of the year. 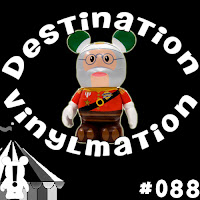 We made it past the two year mark and have now done over 100 episodes! I honestly didn’t know what would come out of creating Destination Vinylmation with MC. What came of it are lasting friendships, enjoyable meet ups and a lot of fun times helping to deliver information to collectors. Thank you to everyone who makes our site and podcast possible. 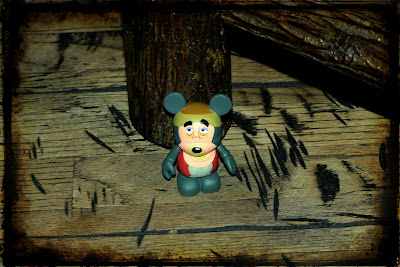 I love photography as a hobby. I’ve wanted to do photoshoots at the parks with Vinylmation ever since I picked up my first figures. This past year, I took it to the next level by taking practically ever figure released to Walt Disney World at one time or another. I hope you enjoyed looking at the pictures as much as I did taking and editing them. One of the pure joys in taking these photos was the opportunity to explore details of the parks and resorts I would have otherwise never have stopped to see. I may have endured some strange looks while laying on the ground taking pictures of a toy, but it was all worth it. 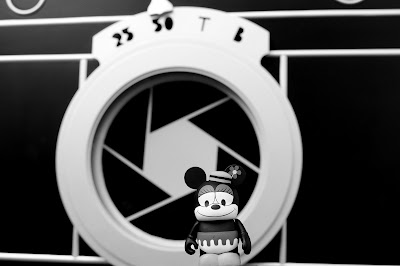 When taken as a whole, possibly the greatest set of Vinylmation ever produced. This is artist Eric Caszatt’s masterpiece. Each figure is literally without flaw. AND we top it all off with an Oswald chaser! This set stands as the shining example of Vinylmation as art.

1. One on One interview with Maria Clapsis 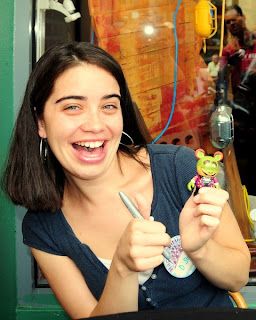 From day one, the Maria Clapsis designed Vinylmation stood out to me. Time and time again I would flip over a figure and her name would be on the bottom of the feet. At Star Wars Weekends this year, Maria was on hand signing for guests in conjunction with the release of her Disney Character Star Wars set. M.C. and I had planned to record that weekend’s podcast at Disney’s Hollywood Studios to commemorate the event. So I put out a request for an interview with my favorite artist. I was thrilled when the interview was approved. We sat and talked all about her artwork and her inspiration. It was a fascinating interview. Something I will never forget.