From the Disney Parks Blog, here is the first image of the 3″ Run Disney figure with one of the WDW Marathon mini medals. 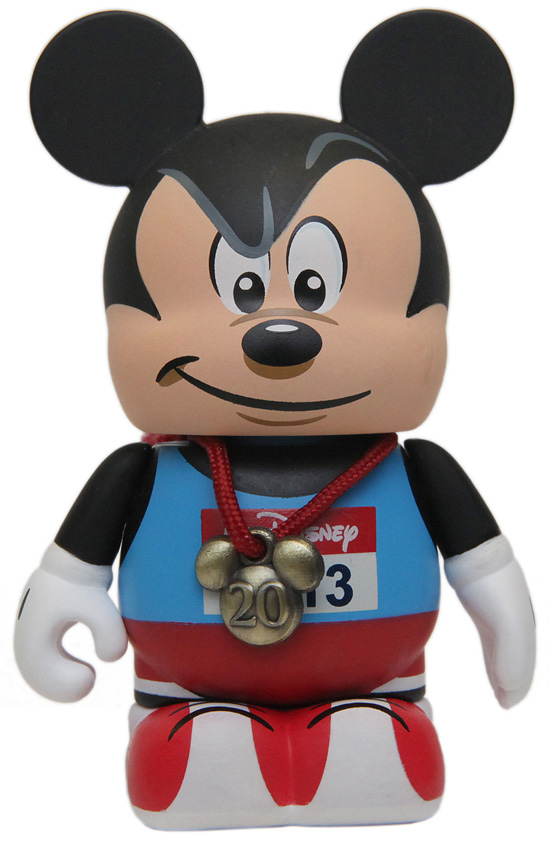 I love it! I can not wait to own one of these with my rather large finishing time written on the back. There have been some changes/clarifications in the release info. The 3″ figure ($12.95) and mini medals ($1.95) will be available at the Clubhouse Store at ESPN’s Wide World of Sports Complex beginning on Thursday, January 10th.

The figure (and I’d assume the medals, but not specifically stated by Disney) will then be available at D-Street on Sunday, January 13th. There is also a signing at D-Street on Sunday after the race with Maria Clapsis from 5-7pm. In Anaheim, the release date for the 3″ figure has been changed to January 18th. These specific mini medals are not set for release in California, but I would be surprised if we did not see a similar idea for the west coast races.

Previous
Jr. 7 In Space Explained
Next
Wrestlers and Nursery Rhymes Buy One; Get One Deal