The Disneyland Resort (and the Magic Kingdom) has something tasty and refreshing planned to commemorate the launch of the Lone Ranger on July 3rd. 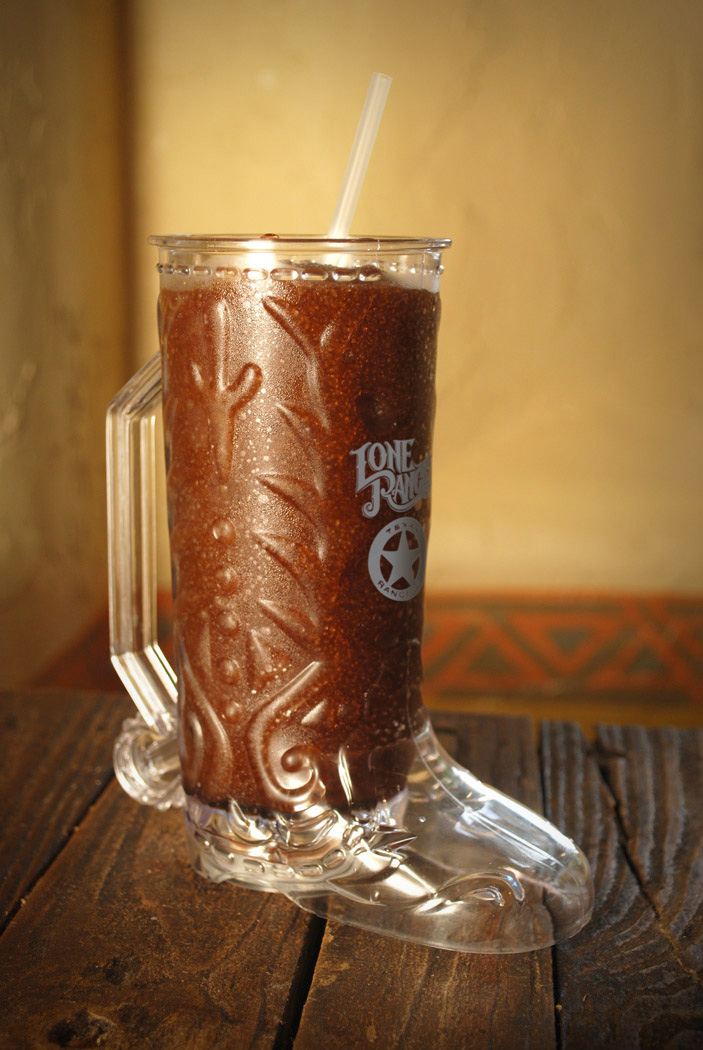 Found only at Pecos Bill Tall Tale Inn and Cafe in Frontierland in Magic Kingdom Park for $8.99 (3.99 without the souvenir boot). However, if you are visiting Disneyland park, be sure to visit the Golden Horseshoe for a Root Beer Float in the Lone Ranger souvenir boot starting tomorrow.

The new movie stars actor Armie Hammer as the Lone Ranger and Johnny Depp as Tonto, the proud American-Indian warrior. (We expect Depp’s version will have a dry sense of humor with Producer Jerry Bruckheimer and Director Gore Verbinski, the filmmaking team behind the blockbuster “Pirates of the Caribbean” franchise.)