Disney Parks Blog released images over the past few days in celebration of Disneyland’s 58th anniversary.  The images blend historical photo’s with current photo’s, and give a unique perspective of Disneyland.

The Disneyland Resort marks 58 years of history, change and growth on its anniversary next week, July 17. Through the years, one aspect of the Disneyland Resort that remains unchanged is the importance of our cast members to preserving Walt Disney’s vision.

To celebrate the anniversary on the Disney Parks Blog, this is the first of a three-part series blending historical images of our cast with photos of those who carry on Walt’s legacy today. 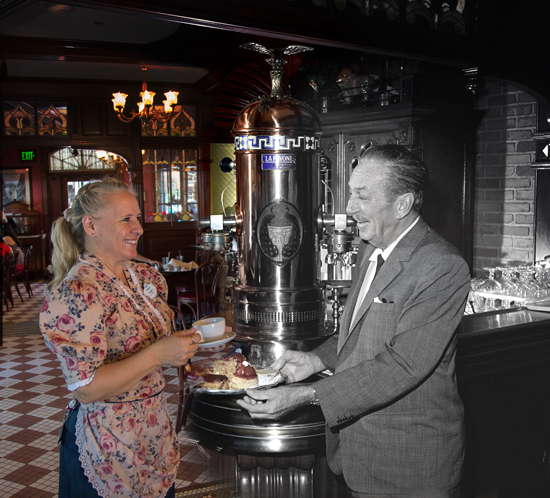 Then: Walt Disney poses for a photo with cast members at the Creole Café, now Café Orleans, in 1966.

Now: Café Orleans Lead Tammy Peterson poses in the same spot. She recalls, “As a kid, we would have to do chores to earn money to get to Disneyland. Now, I get to bring my grandkids.”

Continuing our three-part “Then & Now” series celebrating the 58th anniversary of the Disneyland Resort is this image of the Jungle Cruise. 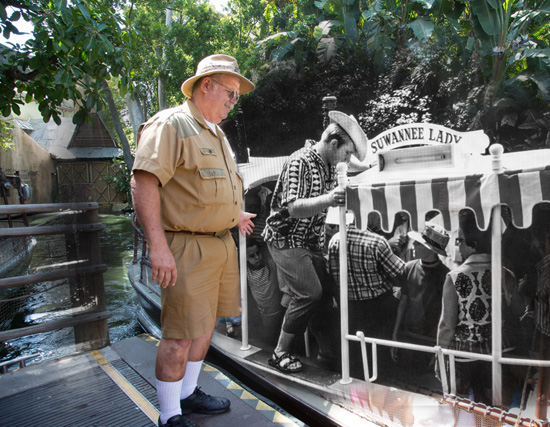 Then: A Jungle Cruise skipper unloads a boat in 1965.

Now: Jungle Cruise Skipper Randy Grant carries out the same duty. “I’m enough of a dreamer that I understand the concept Walt had for the park,” Randy said. “I think he would be pleased that the Disneyland Resort is still growing. It proves his idea and his dream correct, that this is a place where people can be a kid no matter what age they are.”

Rounding out our three-part “Then & Now” series celebrating the 58th anniversary of the Disneyland Resort is this image of a Tom Sawyer Island River Raft journeying across the Rivers of America. 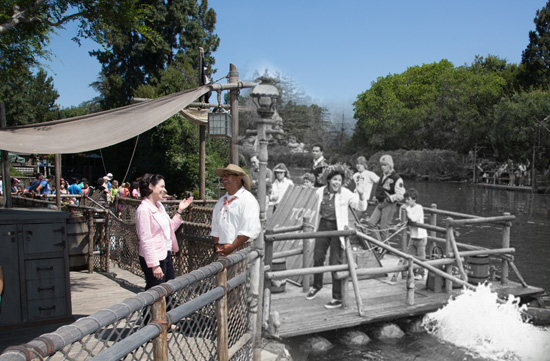 Then: Cast member Karen Marshall waves to guests in 1987.

Now: Karen Marshall, guest experience services, chats with Kevin Concepcion, Pirates Lair Rafts lead. Karen, who has worked at the Disneyland Resort since 1972, said, “I have many great memories from when I started working at Disneyland park so many years ago. Back then, I never could have imagined all of the changes that have taken place. It has been so much fun watching the Disneyland Resort grow and offer more amazing experiences for our guests to enjoy.”

Happy 58th birthday to the Happiest Place on Earth.  The orange grove that started it all.  Disneyland!