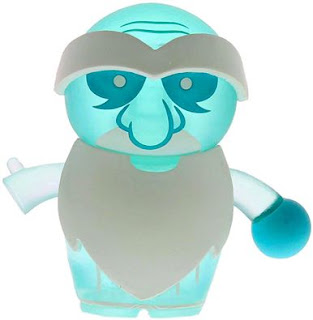 Not that it was a surprise to anyone at this point, but the last Park Starz 2 variant has been announced and it is a clear version of Gus from the Haunted Mansion. I was hoping for a little bit more, maybe even a three pack of the three ghosts, but this is what we get. The figure will be individually sold for $24.95 and there are 2000 of them. They will be released at D-Streets (and maybe online) on August 9th 2013. What are your thoughts on this (and any other) Park Starz variants?