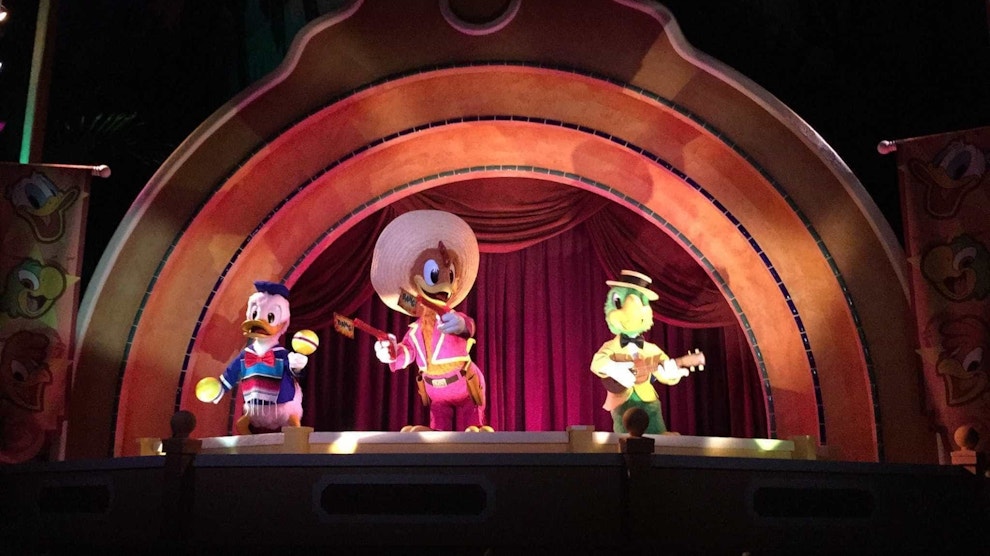 Morimoto Asia recently opened in The Landing at Disney Springs, providing guests a large menu of Pan-Asian offerings. The restaurant is located in the former home of Mannequin’s on Pleasure Island, which has now been beautifully converted into this modern restaurant.

The interior is painfully modern, but pleasing. Having lived in New York for many years, this is pretty much what I always expect from a higher-end restaurant. There is an Asian flair, but the interior does not carry any of the industrial district story of The Landing or Disney Springs, but it doesn’t really have to either.

For appetizers, I ordered the spare ribs which were cooked to perfection. The meat fell right off the bone and the sticky sauce had a great flavor to it.

The five-spice chicken wings were cooked nicely, but really didn’t deliver much flavor despite the name

We also have 5 different “dim sum” dishes, all of which were spectacular. You really can’t go wrong with anything in the “dim sum” portion of the menu.

For my entree, I had the Peking Duck. This was by far my favorite duck dish I have ever ordered.

It had great a great flavor, but was especially good with the included sweet chili sauce

The “buri-bop” is a unique dish prepared table-side in a bowl heated to a very high temperature. The yellowtail tasted great and mixed well with everything in the dish.

The chicken pad thai is a large portion for $16 and very tasty. From the lowest priced entrees to the highest, there really wasn’t anything we regretted ordering.

The orange chicken had a strong orange taste (probably what is should taste like at more Asian restaurants), but was still very good. Again, just cooked perfectly.

We also had a side of brown rice that was so good, I would come in and just order a few bowls of this as my entree!

If there was one problem we encountered, it was the speed and quality of the sushi kitchen. Our tempura shrimp roll was not served in a timely manner and was not at the temperature it should have been served at. I would go back to try another sushi dish, but I’m not sure this is the restaurant’s strong suit.

While I loved many of the appetizers and entrees, this dessert dish was my favorite offering. This is the chocolate cream and crunch featuring Oreo tempura, Mandarin orange jelly, dark chocolate gelato, and hazelnut chocolate crunchies.

In my 27 years visiting theme parks, this was my favorite dessert I’ve ever ordered. It was unique and delicious, offering just the right hint of orange flavor mixed with decadent chocolate. Our waiter was convinced this wasn’t even the best dessert on the menu, so I look forward to returning and trying the rest!

In review, I was blown away by Morimoto Asia. While the restaurants in Japan and China at Epcot have always been solid offerings, this is the first real “Asian-style” restaurant of any kind at Walt Disney World that I am clamoring to return to. The menu is diverse in offerings, pricing, and has quite the drink selection. There really is something for everyone of every taste and budget. Between the Boathouse, Jock Lindsey’s Hangar Bar, and Morimoto Asia, I could not be more pleased with the direction Disney Springs is heading in. I have high hopes for STK and other restaurants still yet to be named for the project, but in the meantime, I need to get back to Morimoto as soon as possible!