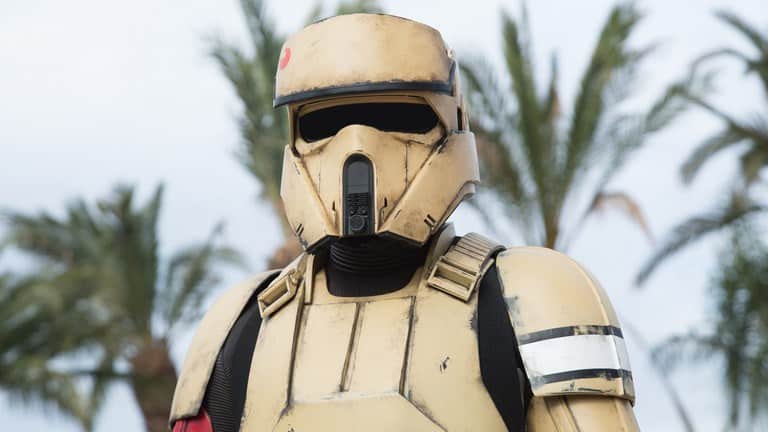 New Images And Descriptions From “Rogue One: A Star Wars Story”

StarWars.com has released brand new images, as well as character, planet and vehicle descriptions, from it’s data banks for “Rogue One: A Star Wars Story”. 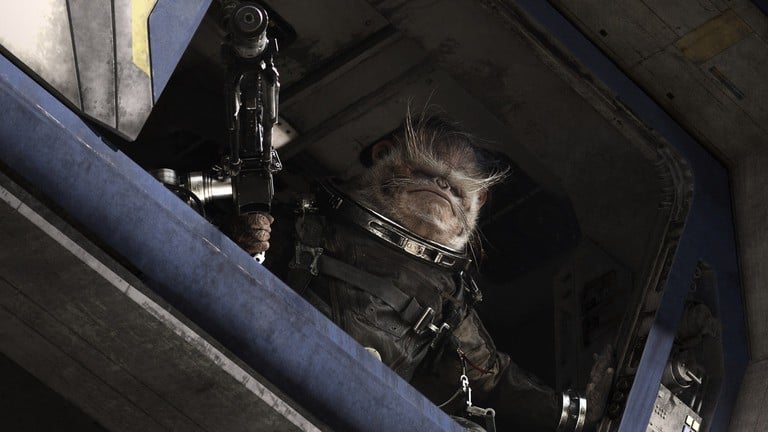 The efforts of the Rebellion have drawn warriors from across the galaxy, fighting to liberate their homes and free their people from the oppression of the Empire. Though Bistan wants to ensure the freedom of fellow lakaru, truth is, he’d rather fight no matter what, relishing the thrill of action. 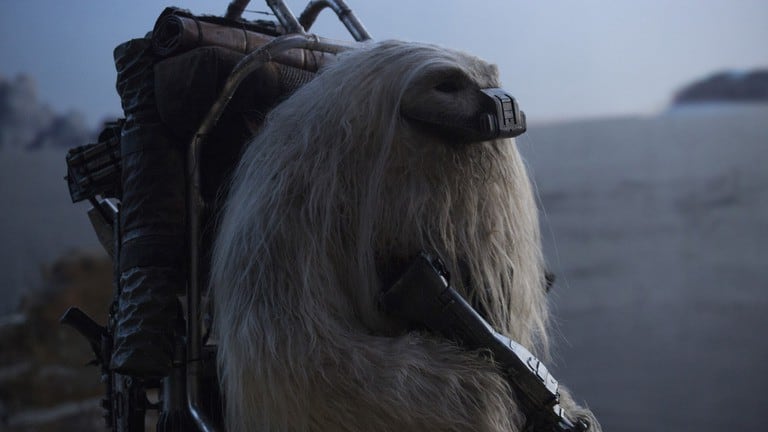 Moroff seeks out combat zones in the galaxy to sell his brawn and firepower to anyone who might need it. Not interested in the details of the Empire versus rebels conflict, the mighty Gigoran mercenary figures there’s money to be made for a towering heavy gunner of great strength. 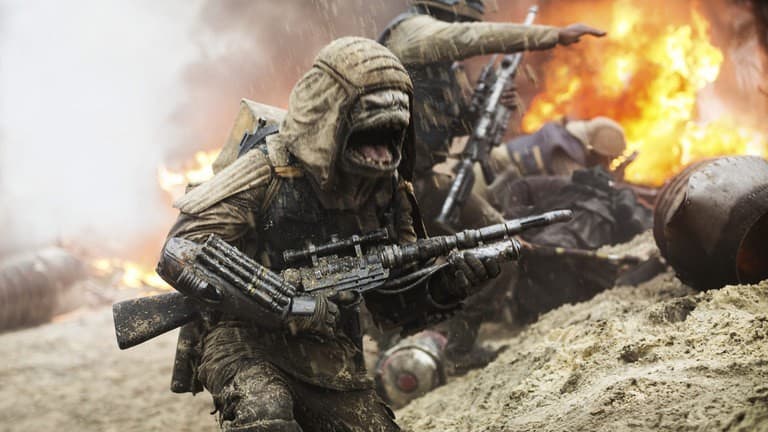 An amphibious Drabata, the fierce commando Pao charges into battle with the Empire while shouting a full-throated battle cry of “Sa´kalla!” as is his custom. He joins the Rogue One team on its historic mission to secure the Death Star plans. 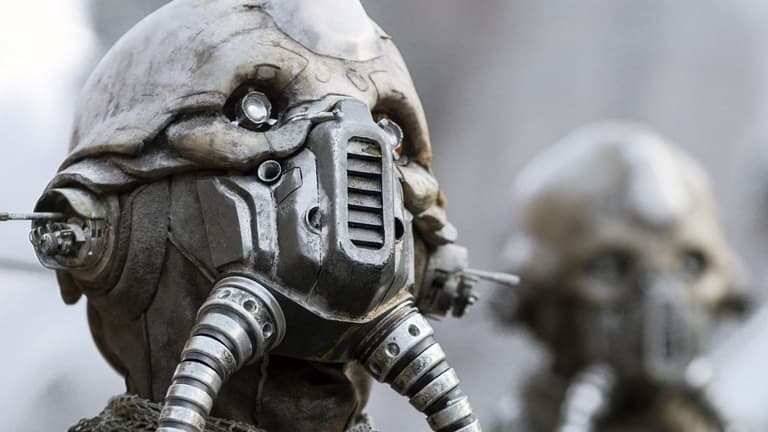 Edrio Two Tubes is a mercenary pilot who flies alongside his eggmate, Benthic. They share the nickname derived from the breathing apparatus that allows Tognath physiology to process oxygen atmospheres. Edrio’s native world of Yar Togna was conquered and occupied by the Empire, forcing him to flee as a refugee. With a desire to strike back at the Empire, Edrio and Benthic have allied with Saw Gerrera.

Specialist stormtroopers stationed at the top secret Imperial military headquarters on Scarif, Shoretroopers patrol the beaches and bunkers of the planetary facility. 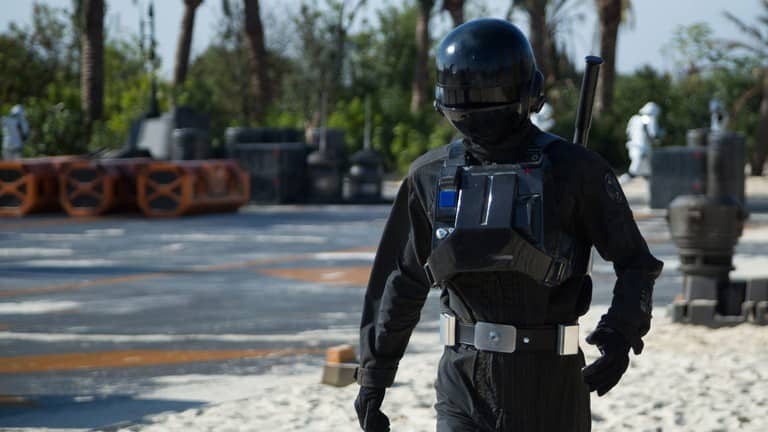 Imperial installations, whether space-bound or ground-based, buzz with activity and vehicular traffic. Skilled ground crews sort through this would-be chaos and see to the smooth operation of Imperial craft through regular maintenance. 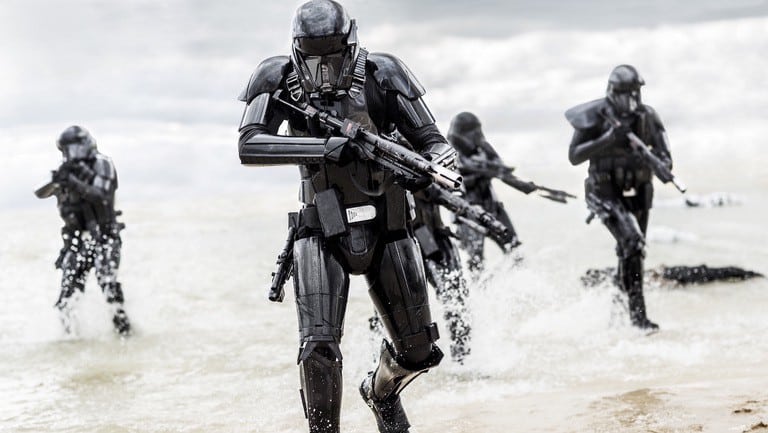 The elite soldiers of Imperial Intelligence, Death Troopers are encased in specialized stormtrooper armor with a dark, ominous gleam. These soldiers serve as bodyguards and enforcers for Director Krennic, a highly placed officer within the Advanced Weapons Research division of the Empire. 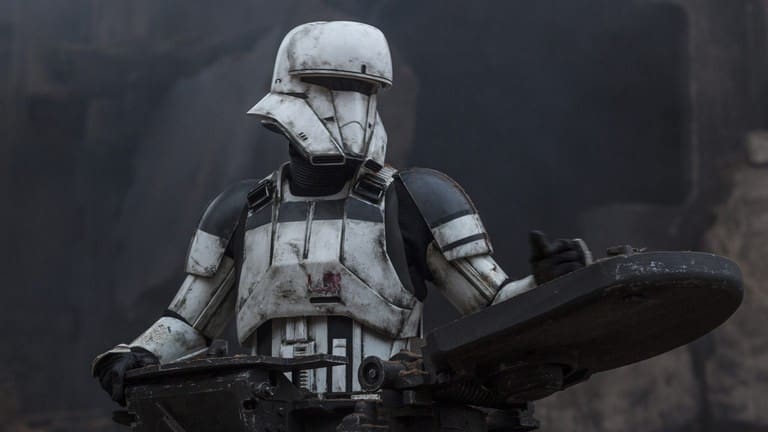 Perched in the command seat of the thickly armored Imperial combat assault tank with a view of the surrounding area, the tank commander barks out orders to the combat drivers within to steer the vehicle into battle. The commander stays in contact with his crew and with headquarters to keep updated on changing combat conditions. 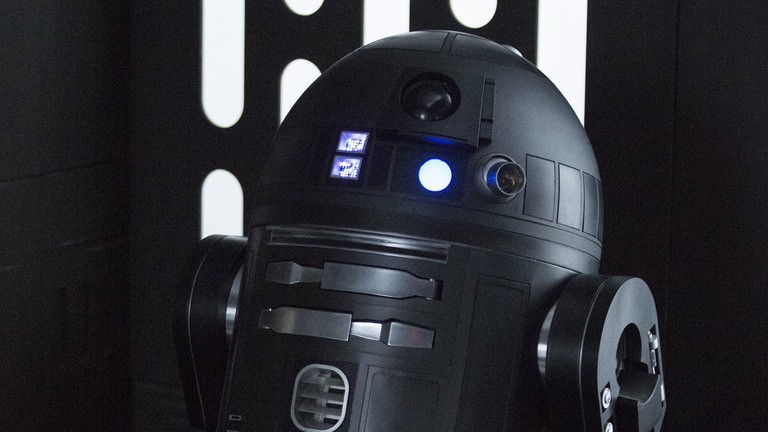 The Galactic Empire relies on astromech droids to maintain its machinery, but unlike the Rebel Alliance, Imperial technicians do not grant their droids independence and subject them to frequent memory wipes to keep them subservient.

A streamlined variant of the classic TIE fighter design, the TIE striker is designed for atmospheric patrols over important Imperial ground-based installations. 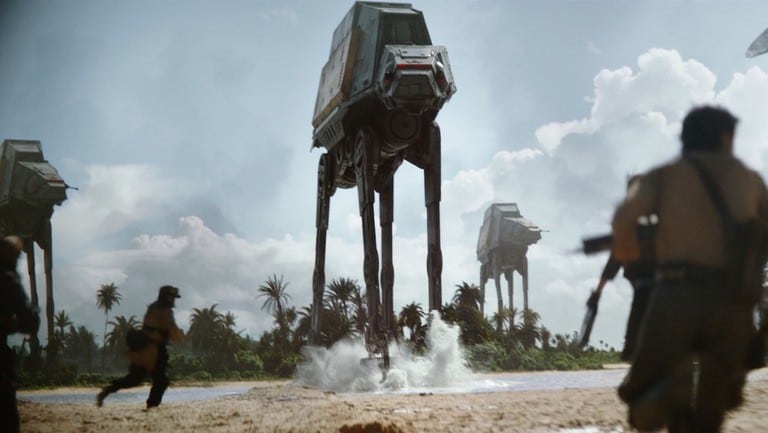 A larger version of the standard combat AT-AT, the AT-ACT walker features a dedicated cargo bed for the transportation of heavy building materials or combat munitions. It was deployed at major Imperial construction projects, such as shipyards and sprawling research installations. 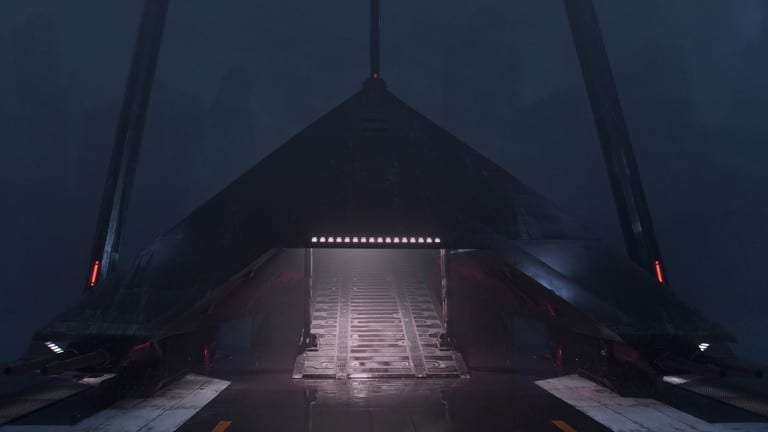 With its starkly geometric hull shape and bat-like wings, the approach of Delta-class T-3c shuttle is an imposing sight. Once it lands and deploys its passengers – the cruel director Krennic and his squad of elite troopers, all sense of dread proves extremely warranted. 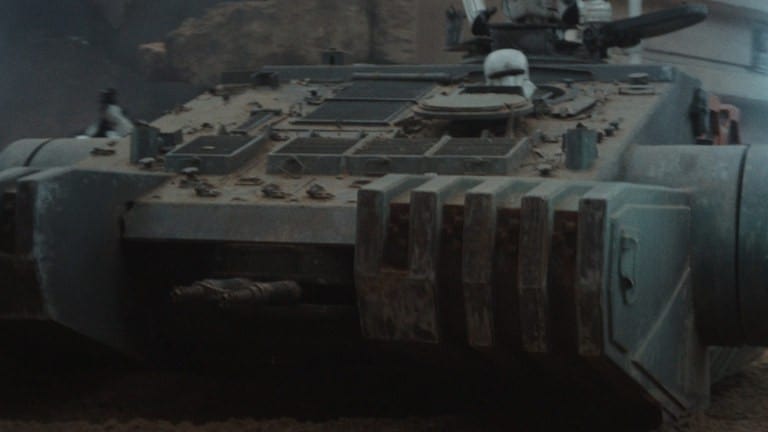 Imperial combat drivers operate the Empire’s arsenal of armored repulsor vehicles, from troop transports to heavily armored hovertanks. Combat drivers are lightly armored, relying instead on the thick skin of their vehicles to protect them in battle. 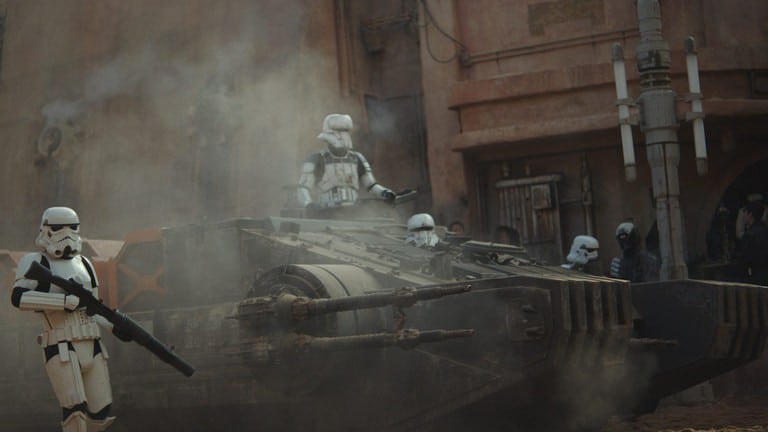 The Imperial combat assault tank has great maneuverability in tight quarters, such as the streets of occupied cities. Its laser cannons can devastate enemy troops, and the powerful engines can transport heavy payloads. 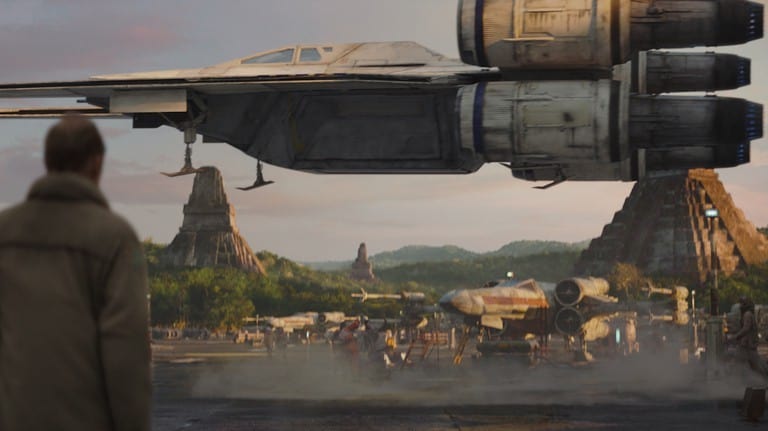 A sturdy troop transport and gunship used by the Rebel Alliance, the U-wing starfighter is a well-armed swing-wing vessel that must penetrate heavy fire zones to deposit soldiers onto battlefields and then fly air support during dangerous missions against the Empire. 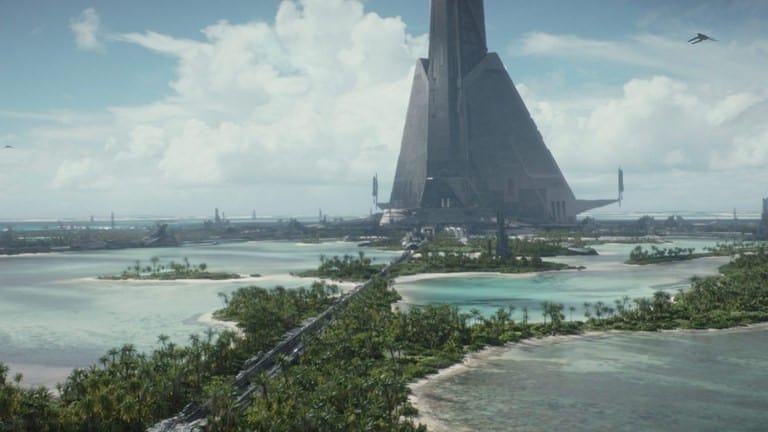 The planet Scarif would be a beautiful tropical paradise if not for the presence of a major Imperial military installation. Scarif is the principal construction facility for the vast Imperial war machine. The world is enveloped in impenetrable deflector shields and is heavily defended. 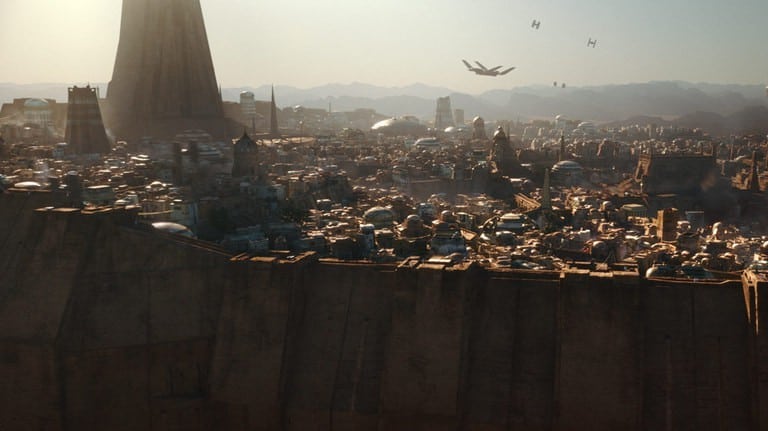 A small desert moon frosted by a permanent winter, Jedha is home to one of the first civilizations to explore the nature of the Force. At one time a world important to the Jedi Order, Jedha serves as a holy site for pilgrims from across the galaxy who seek spiritual guidance. Now, the Empire occupies Jedha, and a prolonged battle between Imperial forces and scattered Rebels carries on in the timeworn streets. 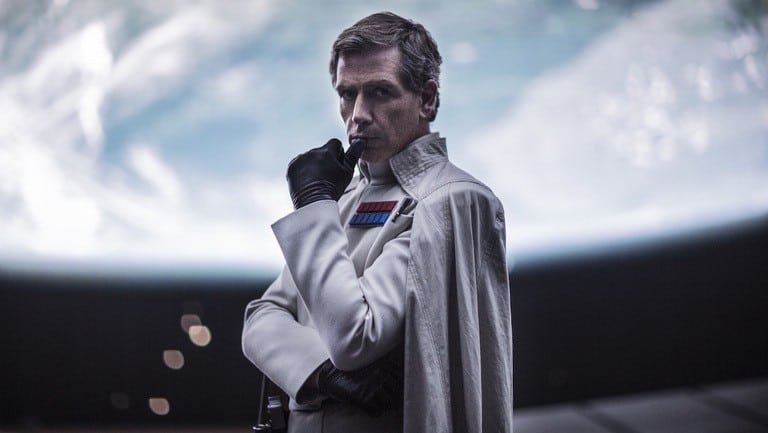 As director of Advanced Weapons Research for the Imperial military, Orson Krennic is obsessed with the completion of the long-delayed Death Star project. A cruel but brilliant man, Krennic has staked his reputation on the delivery of the functional battle station to the Emperor. 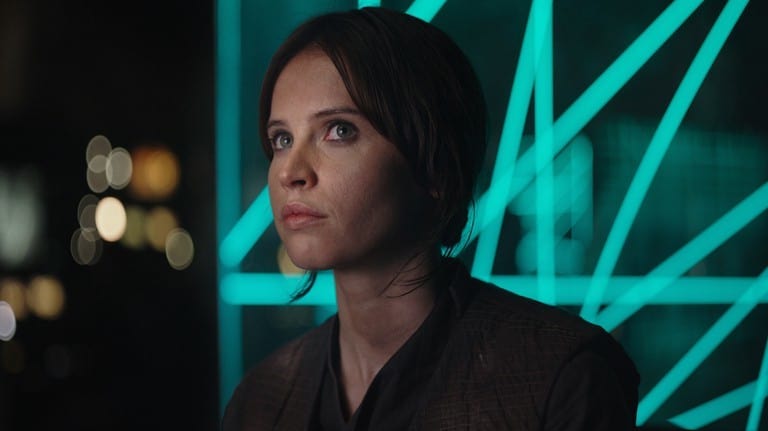 Putting behind a checkered past by lending her skills to a greater cause, Jyn Erso is impetuous, defiant, and eager to bring the battle to the Empire. Used to operating alone, she finds higher purpose by taking on a desperate mission for the Rebel Alliance. 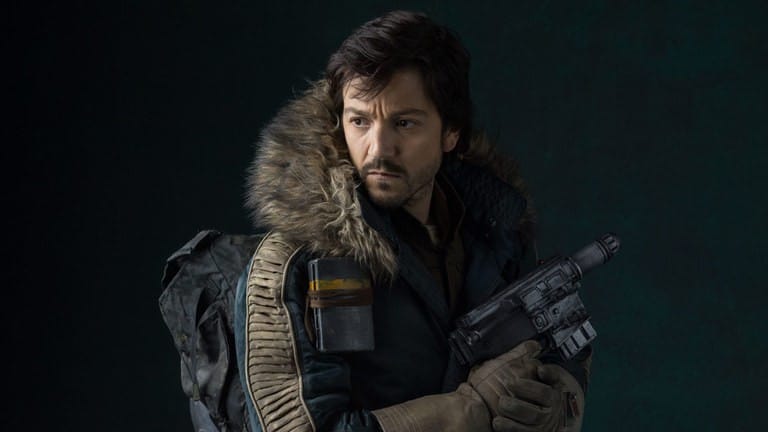 An accomplished Alliance Intelligence officer with combat field experience, Captain Cassian Andor commands respect from his Rebel troops with his ability to keep a cool head under fire and complete his missions with minimal resources. 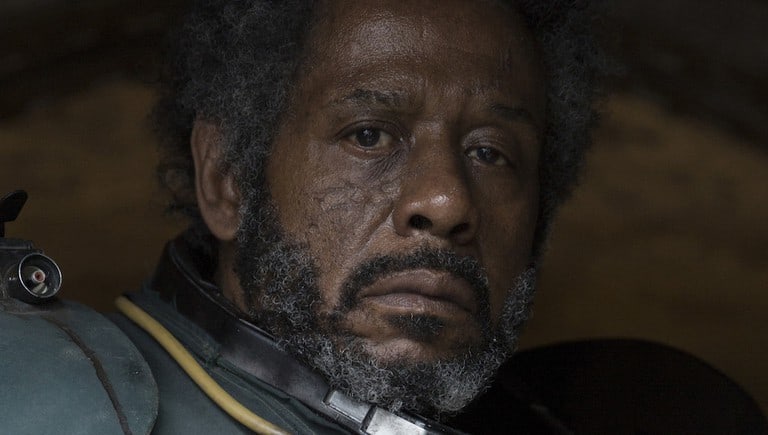 A battered veteran of the Clone Wars as well as the ongoing rebellion against the Empire, Saw Gerrera leads a band of Rebel extremists. Saw has lost much in his decades of combat, but occasional flashes of the charismatic and caring man he once was shine through his calloused exterior. Gerrera is bunkered on the ancient world of Jedha, coordinating a prolonged insurgency against the Imperial occupation. Saw’s ailing health has not withered his resolve to fight. 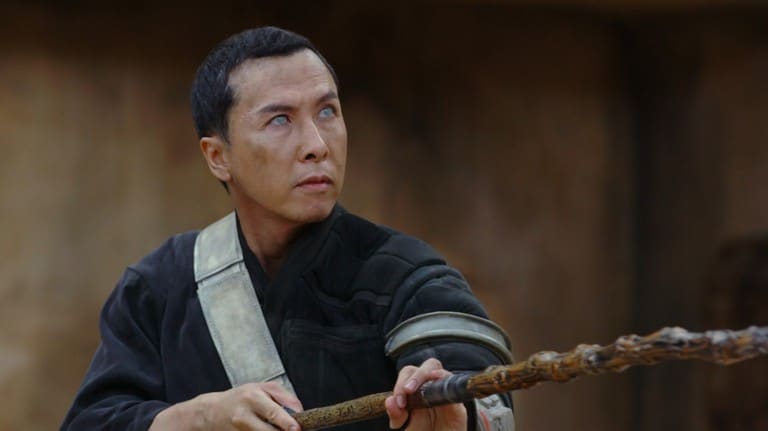 Deeply spiritual, Chirrut Îmwe believes all living things are connected through the Force. His sightless eyes do not prevent him from being a highly skilled warrior. Though he lacks Force abilities, this warrior monk has rigorously honed his body through intense physical and mental discipline. 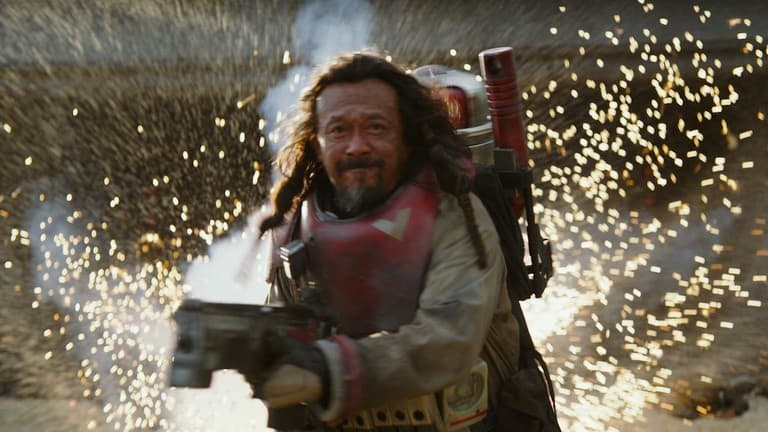 The harsh reality of his Imperial-occupied home world has hardened Baze Malbus into a pragmatic soldier and a crack shot with his heavy repeater cannon. Baze has a bravado that provides a marked contrast to the spiritual centeredness of his best friend and moral compass, Chirrut Îmwe. 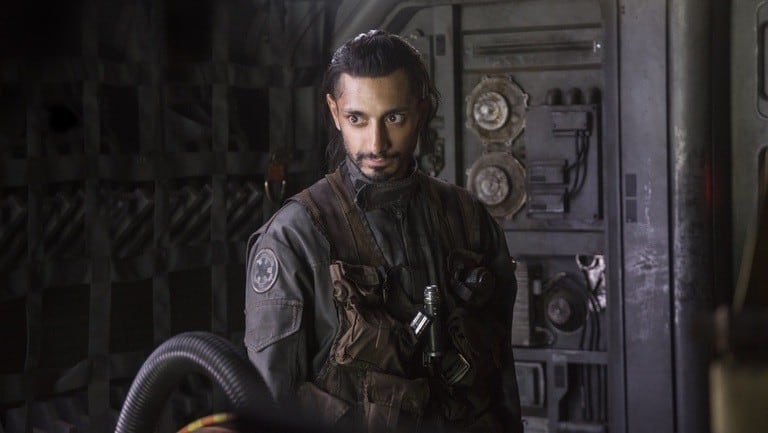 A former Imperial pilot, Bodhi has strong piloting and technical skills that he will put to use for the Rebellion. Ever practical, but highly anxious, Bodhi must gather his courage to bring the battle to the Empire. 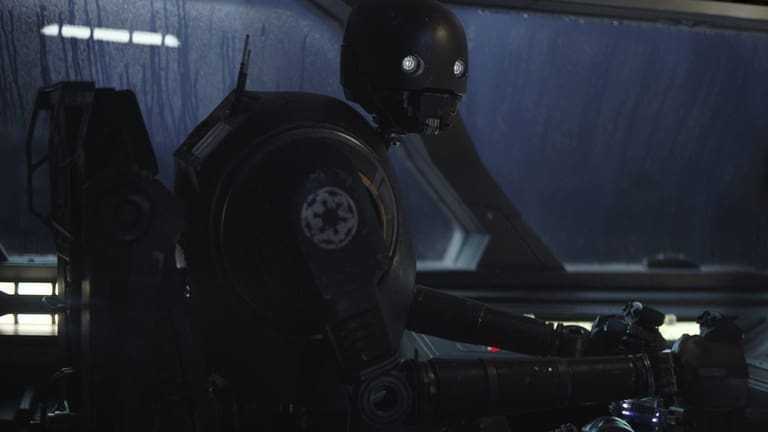 A reprogrammed Imperial security droid now loyal to the Alliance, K-2SO is an alarming sight standing within a secret Rebel base. The pragmatic droid is an effective insertion agent, as he can blend in perfectly at Imperial installations and outposts.