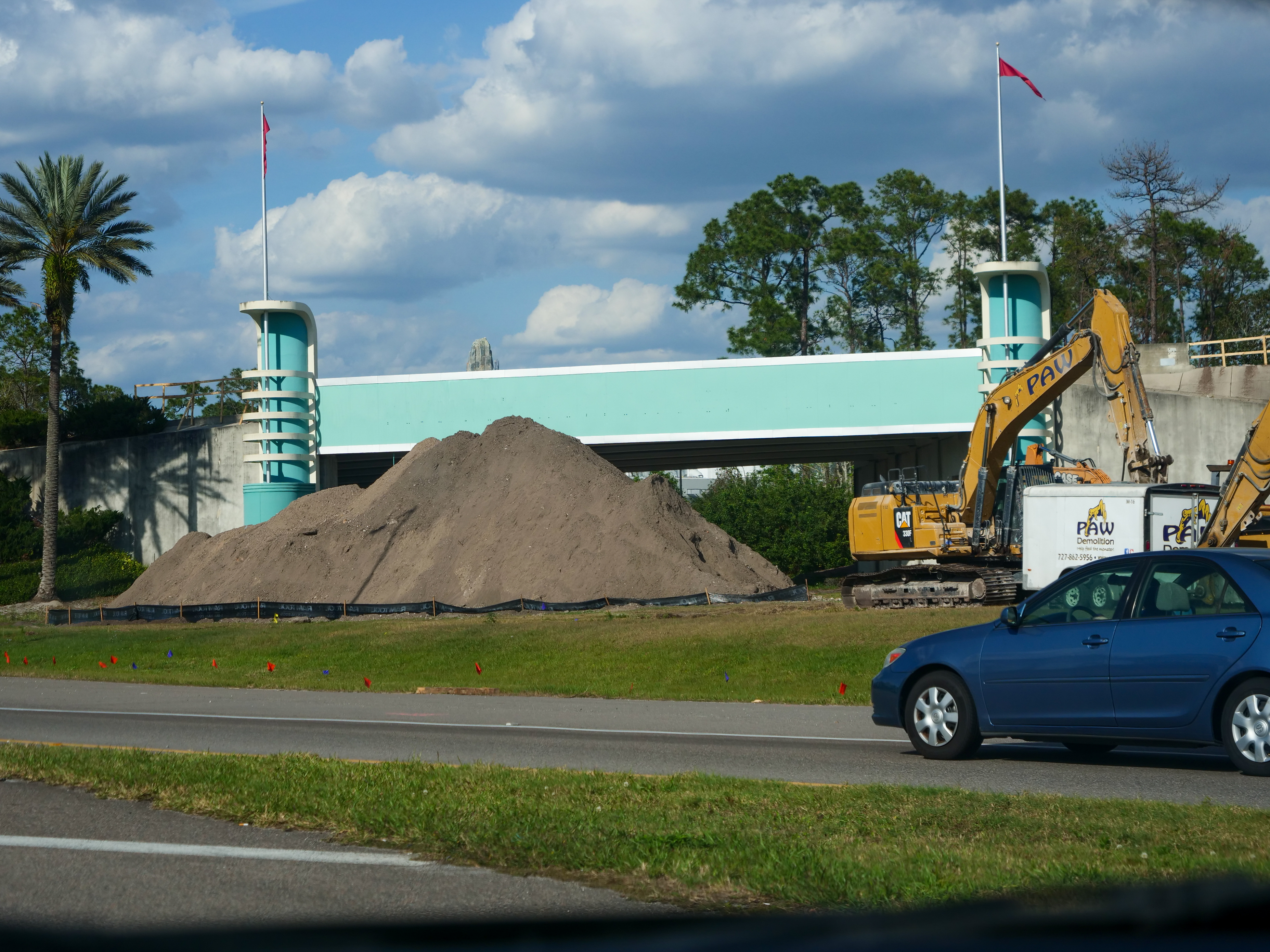 From the early 1990’s to late 2018, guests visiting Disney’s Hollywood Studios were greeted with a wonderful bit of theming before even arriving at the park. The iconic bridge, known as the “film strip” bridge due to the oversized animation frames on either side of the roadway as you approached it, was themed after the Pan Pacific Auditorium. However, plans were filed in 2016 for a new entrance to the park which would no longer see vehicles passing beneath the overpass. Once that new entrance opened in November of 2018, the existing roadway was only used by cast members, and roughly a year later, it was announced that the bridge would be demolished. Now, we’re finally seeing that plan come to fruition. 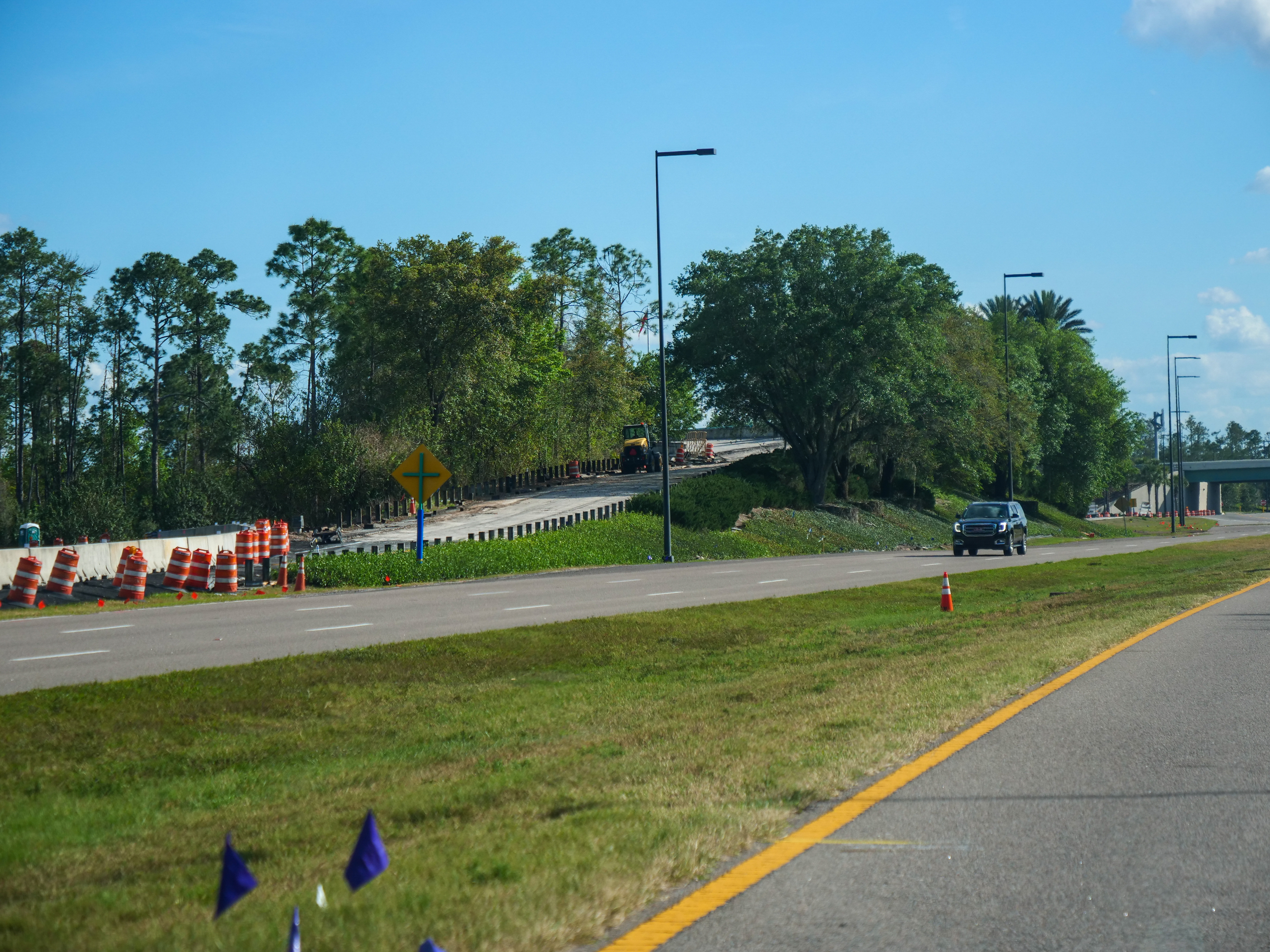 Approaching the overpass from southbound World Drive, we can see a bulldozer parked on the roadway, which is lined with barricades, leading to the bridge. 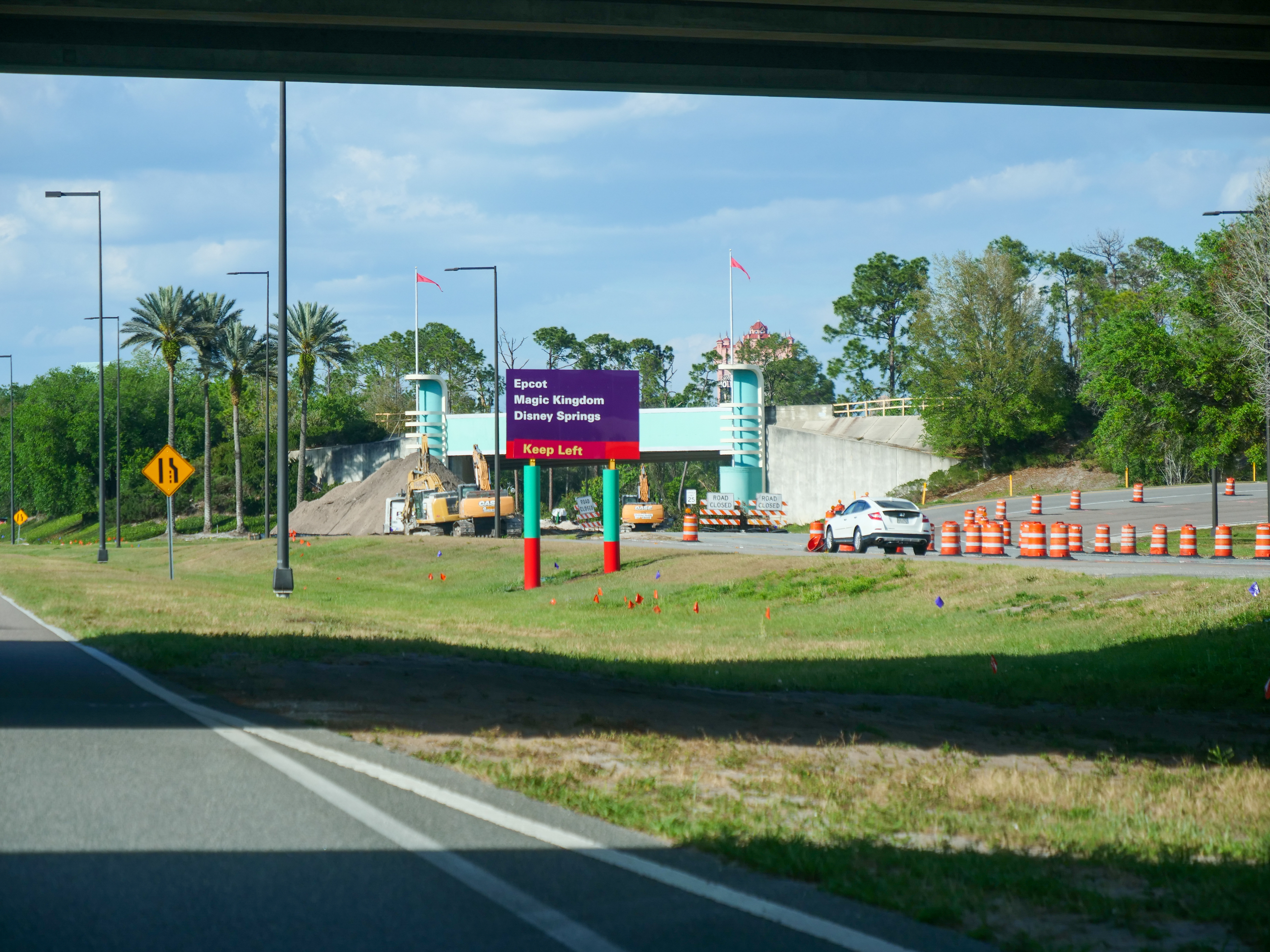 From the northbound side of World Drive, we can see multiple “road closed” barricades blocking the path underneath the bridge. 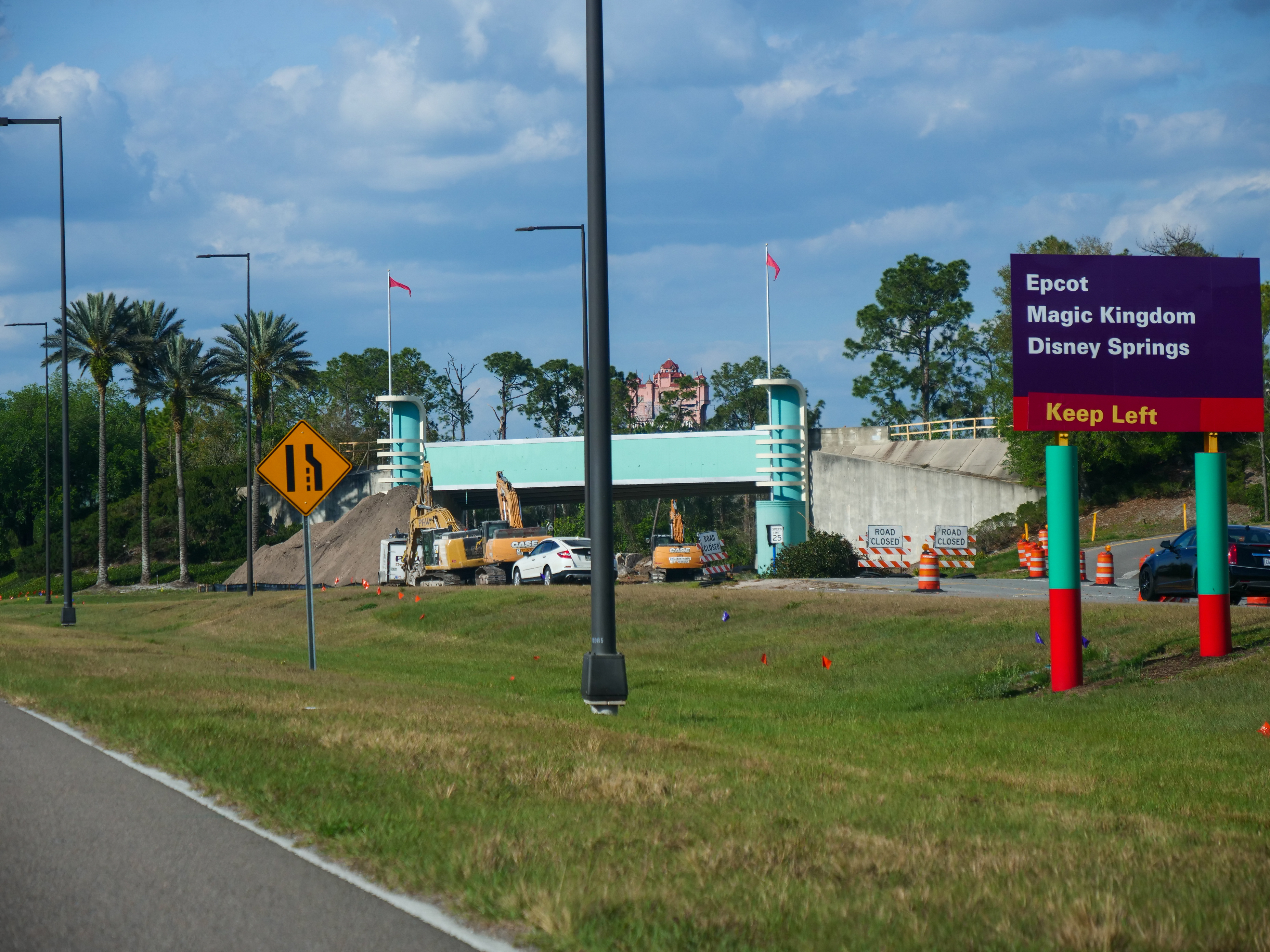 Vehicles that approach the bridge are forced to take the left exit, which guides them onto World Drive. 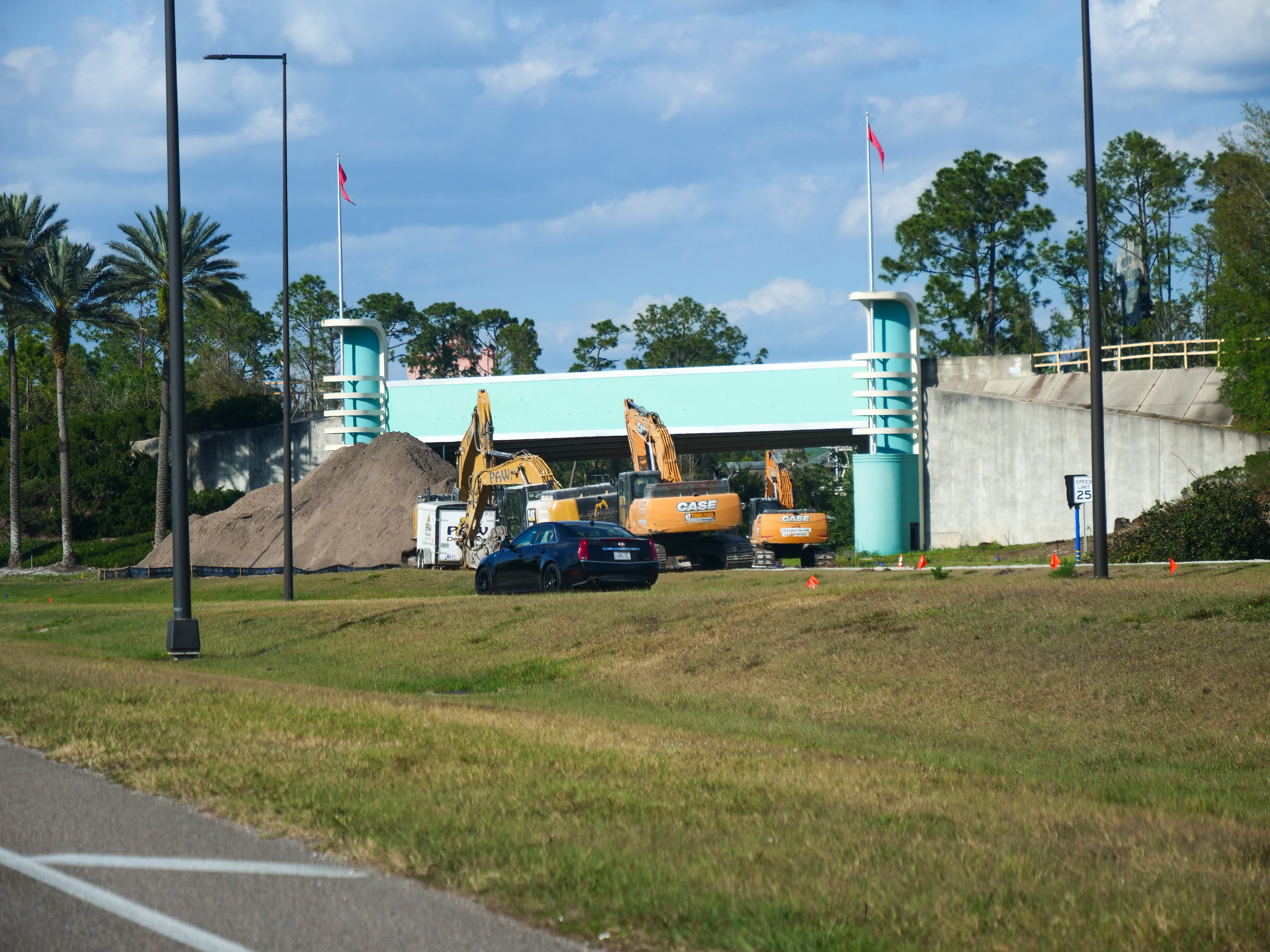 Construction equipment dots the landscape around the bridge, signaling its imminent demise.

All markings that used to identify the bridge as part of the entrance to Disney’s Hollywood Studios have long been removed. The side of the bridge used to bear the name of the park, and the animation strips flanking the roadway were also cleared away. 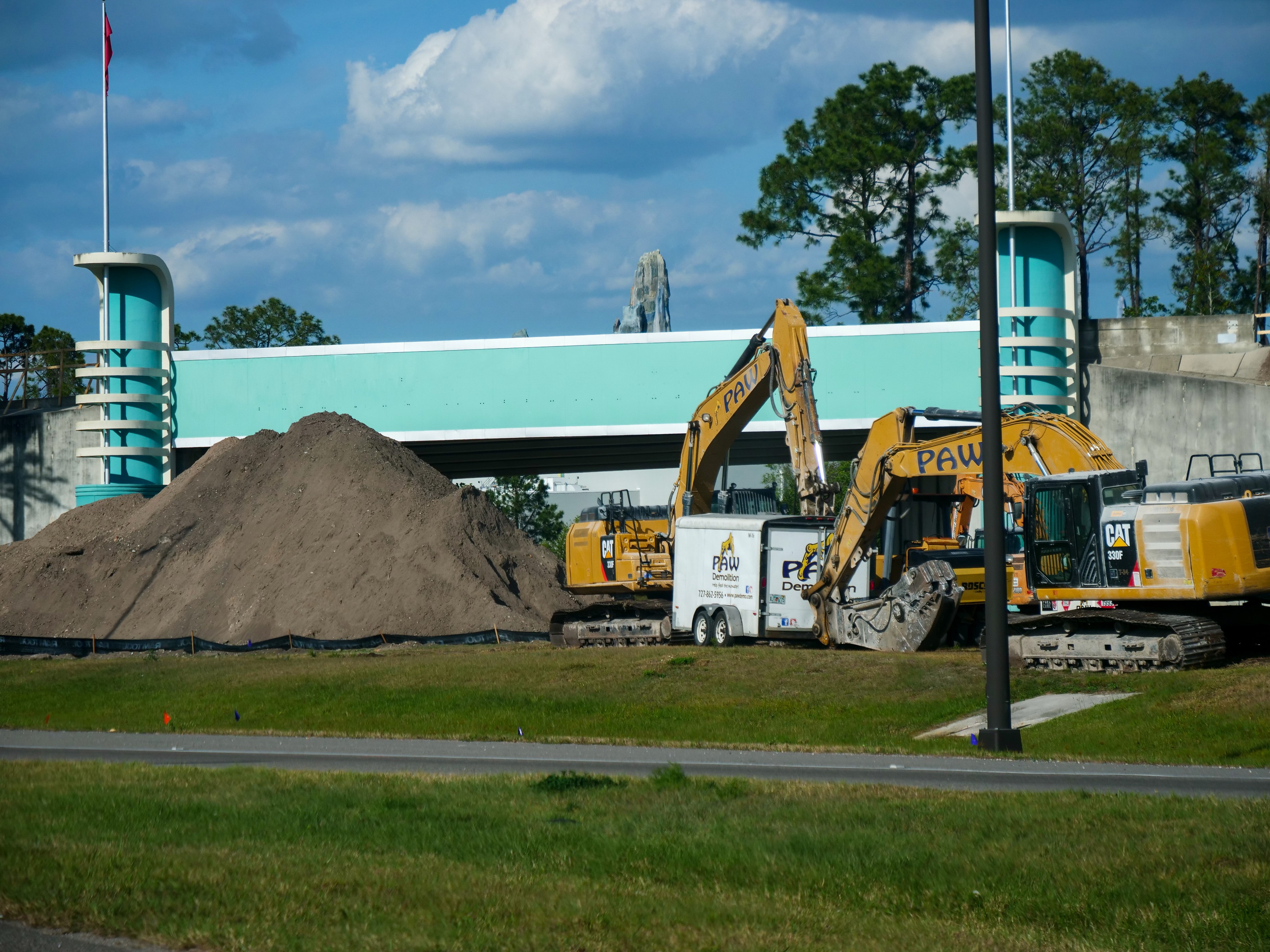 Despite those elements of theming being removed, the bridge still maintained its unmistakable Pan Pacific Auditorium styling. 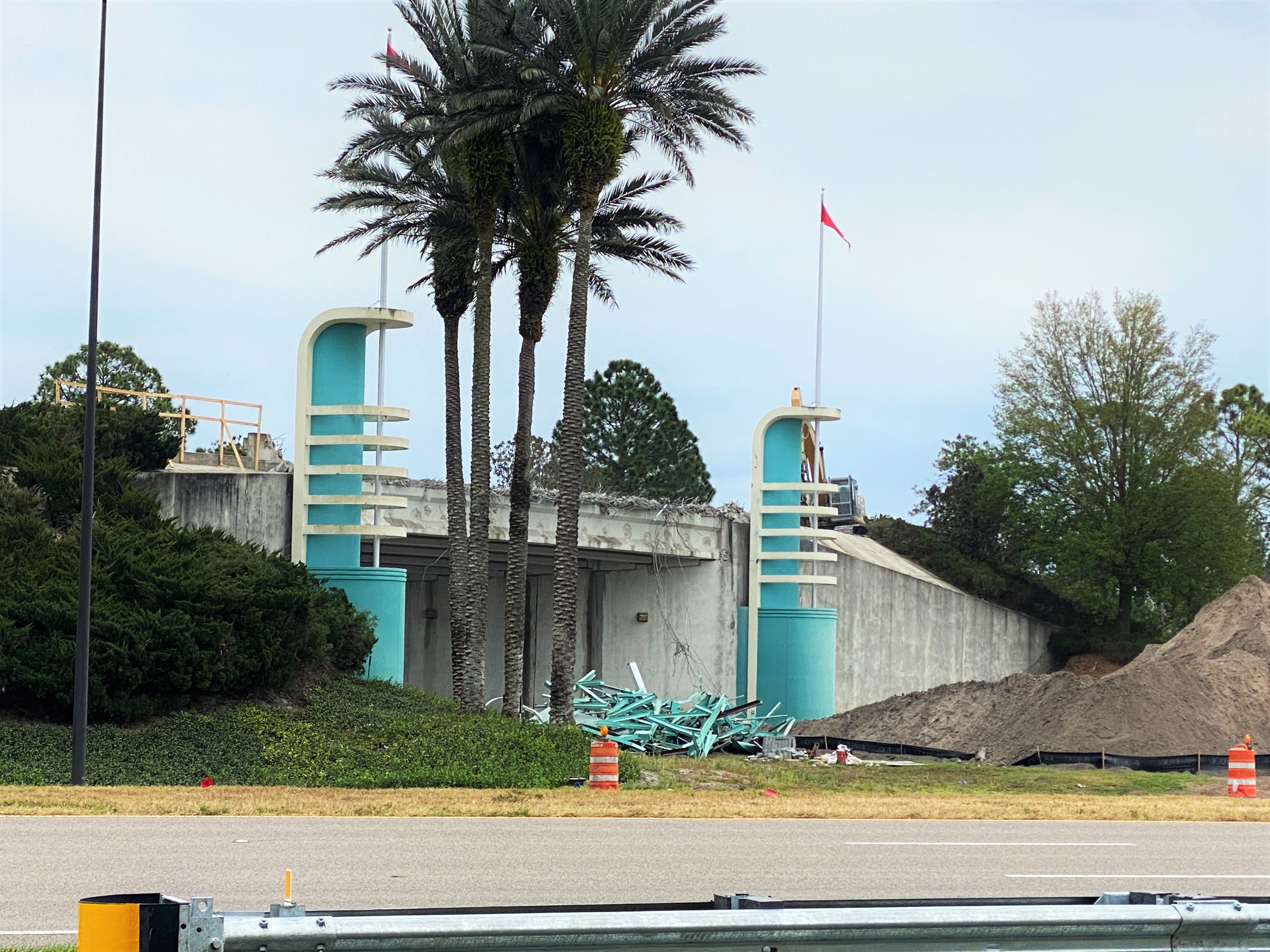 That is, until less than 24 hours later, when the entire side of the bridge has been ripped off and sits in a heap of twisted metal alongside the roadway. 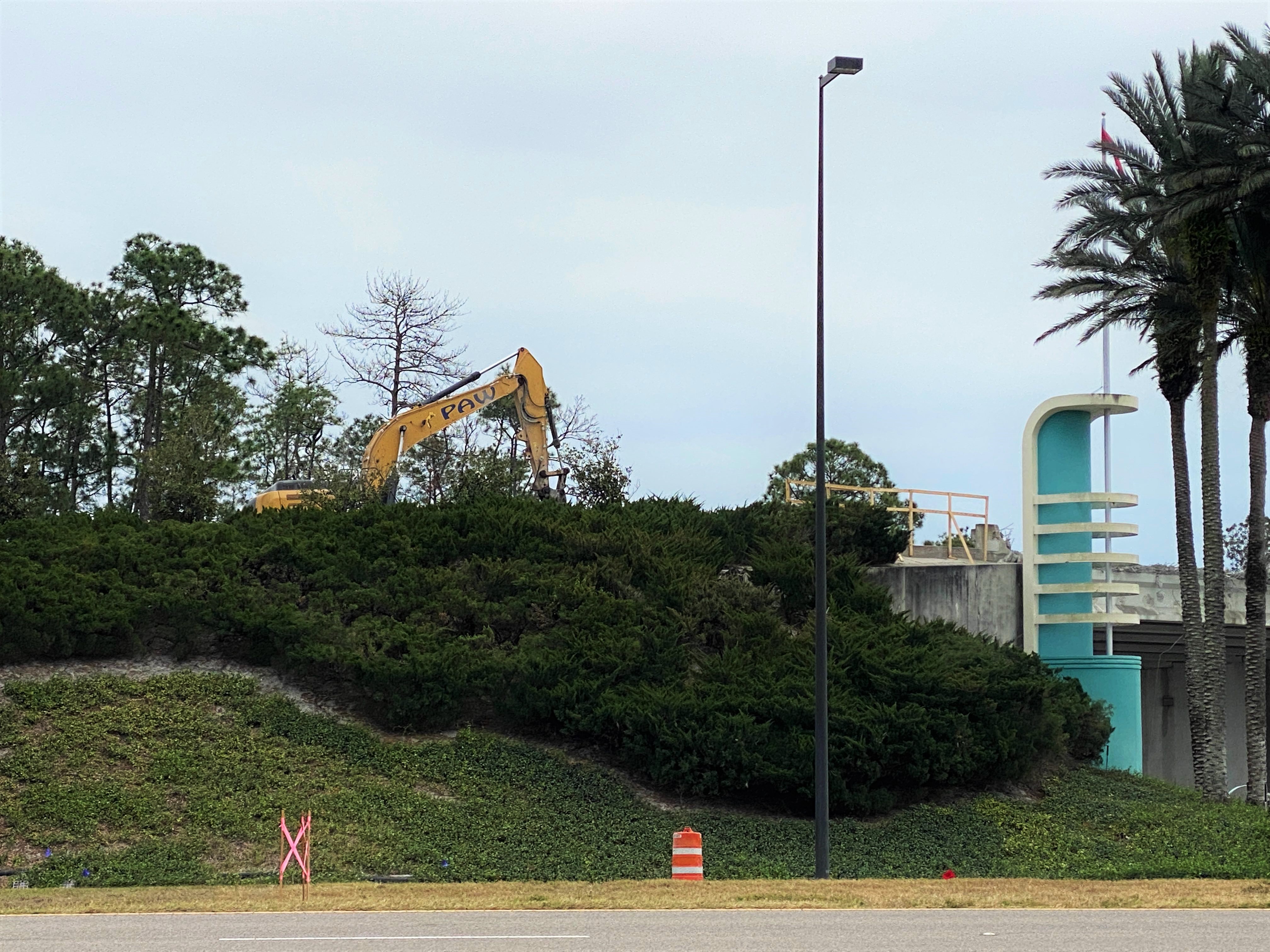 An excavator is now parked at the north end of the bridge, at the ready to continue the demolition of this former park icon. 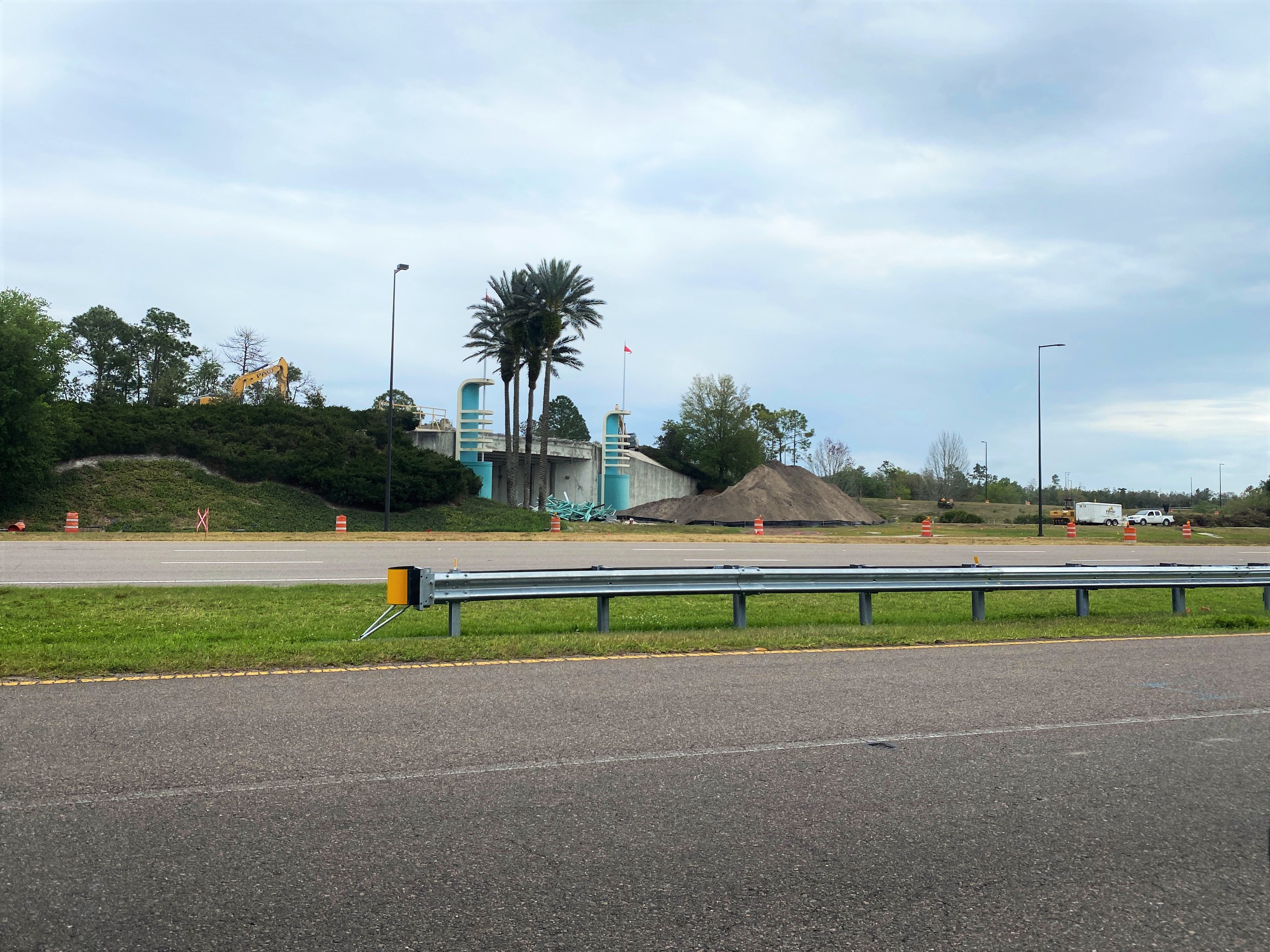 Given the progress that occurred in less than a full day, it’s fair to expect the remainder of the overpass, and its historic styling, will be leveled in short order.

Despite being out of use by guests for well over a year, this fitting welcome to Disney’s Hollywood Studios will certainly be missed, with the unceremonious entrance to the park having taken its place permanently.