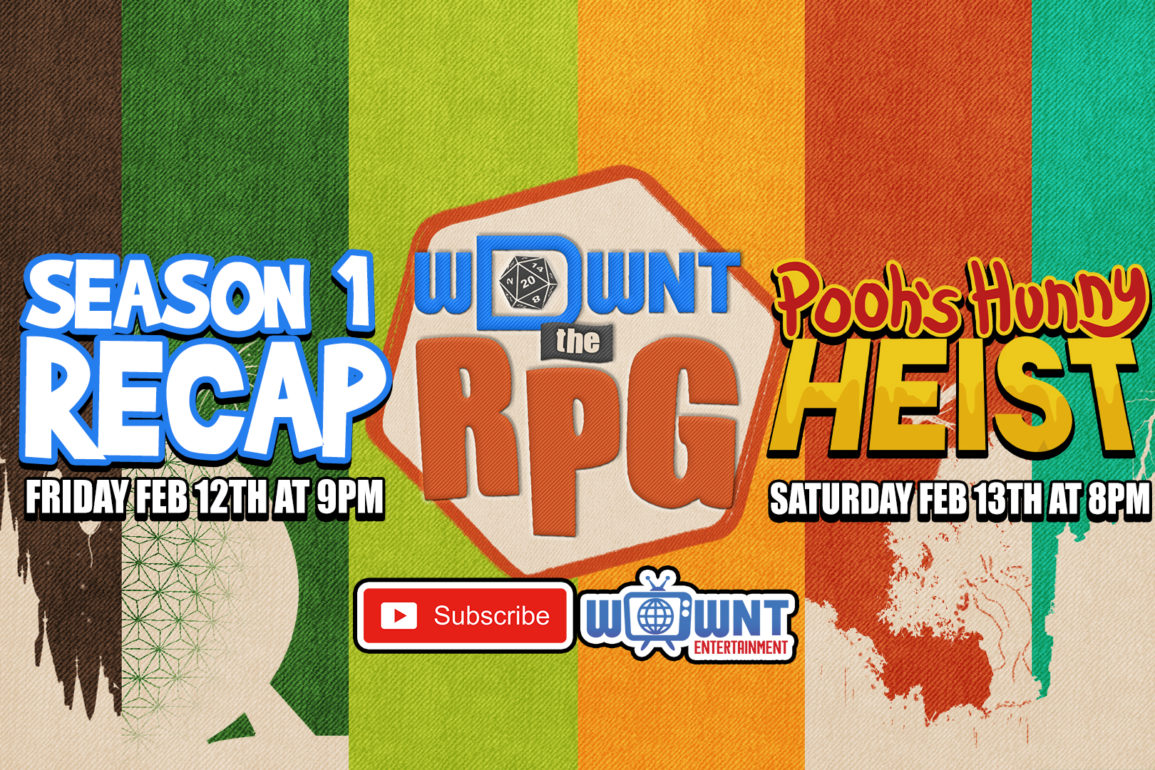 WDWNT The RPG: A Recap of Season 1 and a Very Special Adventure Coming February 13th

WDWNT The RPG, a table-top style roleplaying game set in Walt Disney World, custom-written by WDWNT’s own Tyler Mann. The show wrapped up its first season’s storyline during our special 50-hour marathon benefiting Toys for Tots in November 2020.

While Season 2: Tokyo Rift is still in development, we wanted to bring our fans some content in the downtime and we’re excited to announce two shows coming out next week!

Then on February 13th, premiering on the WDWNT Entertainment channel at 8 PM, Alicia will be hosting her own very special one-shot adventure with Tyler, Eric Wolfe, Nick LoCicero, Charly, and Shannen. In fact, we even have a teaser preview of the adventure available below!

Grab some dice, a pot of hunny, and we’ll see you week as our players take on the biggest heist the Magic Kingdom has ever seen!

Do you have a favorite character or bit from WDWNT The RPG: Season 1? Drop it in the comments and we might play the highlight on the show!